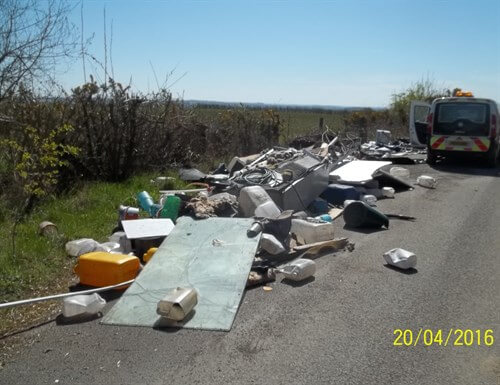 Almost 500 complaints about fly-tipping have been received by Amber Valley Borough Council over the past 12 months — up from 354 in the previous year.

Council officers follow-up all fly-tipping reports they receive and in the last year investigated 90 cases where evidence relating to a possible offender was found amongst the rubbish.

This resulted in 38 alleged offenders being interviewed under caution and 17 cases subsequently passed on to the Council’s Legal team to take enforcement action.

Over the year there were 10 successful prosecutions which resulted in the Council recovering costs totaling £5,247, in addition to fines being awarded against the offenders. There were also three Formal Cautions and seven offenders accepted Fixed Penalty Notices for smaller offences in preference to prosecution.

Many of the incidents investigated by officers relate back to householders responding to social media adverts from so called ‘White Van Man’ offering to take away household waste at a cut price. Most of these adverts are from unregistered, illegal waste carriers who then dump the waste in laybys and country lanes. 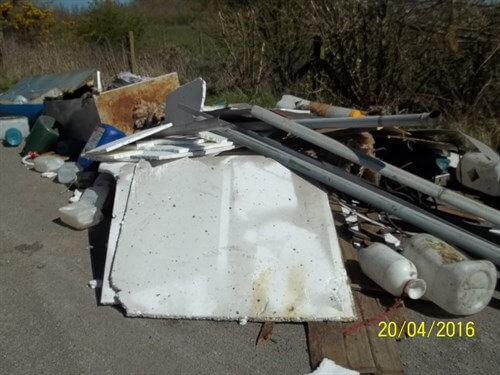 People often do not realise they are still responsible for the waste even though they may have paid someone to remove it. Everyone has a duty of care to make sure their waste is disposed of correctly. Using ‘White Van Man’ to get rid of it is no excuse and you may be charged for the clear-up cost as well as any fines.

The Council’s Portfolio Holder for Housing and Public Health, Cllr David Taylor, commented: “This rise in the number of reported incidents of fly-tipping is a worrying trend, but, as a Council, we are committed to investigating all cases, and wherever possible, prosecuting those responsible. We do of course rely on the Public’s help and would encourage anyone spotting incidents of fly-tipping to call us on 01773 841335 with information.”

Have you experienced any fly-tipping around Belper? Let us know in the comments section below.