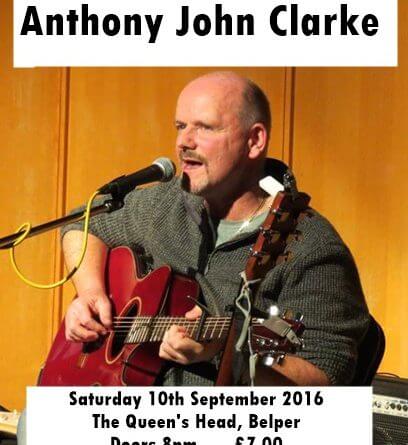 And so the new live music season begins. And what better way than the return of Anthony John Clarke.

A longtime member of the extended Fairport family where he is described as ‘a national treasure’ Anthony also puts in a shift compering the Cropredy Festival.

However, his rapport with an audience means that Anthony is inevitably best appreciated in a more intimate venue.

This time Anthony will perform a solo gig which promises to take us through some new material and his impressive back catalogue. It’s a Saturday show so relax – there will be no karaoke!

Looking further ahead, September will also bring the best in local music via Moon Bullet and IBC and there will hopefully be more of this. Harp and a Monkey return on the back of a four star Guardian review for their new album and David Rovics makes a welcome return along with Steve Ignorant and Andy White. A season of old favourites and some exciting new artists.