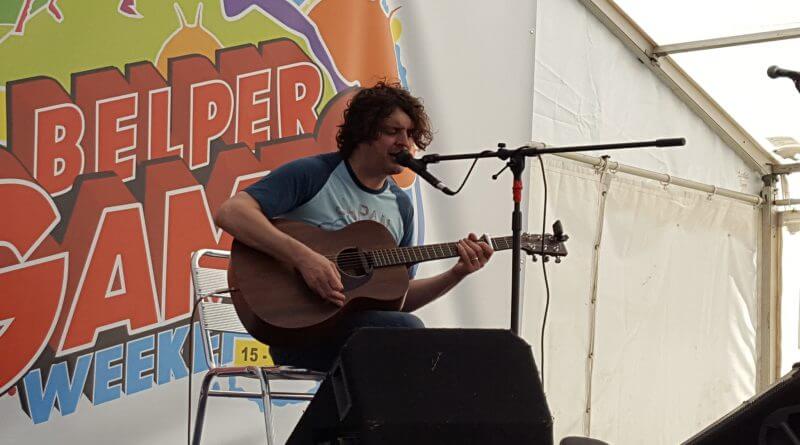 The road out of a Brit-pop legacy is fraught with danger, with many a chart-topping songwriter having to crawl back to their former band members on hands and knees: not so with Chris Helme – former lead singer The Seahorses – who, two albums into his solo career, sounds as hungry to make music as ever.

There’s something endearingly Belponian about Helme’s sorrowful tale of trying, and failing, to get a Sunday train into town. We’ve all been there. Right from the opening song ‘Hello’ it is apparent that his voice and his playing have sharpened since the champagne supernova years. As is it late in the day of a weekender, the audience spar with him fiercely, but Helme is affable and quick to charm them around. In the end he concedes: “If I carry on at this rate I’ll only have to play two songs” before launching into ‘Lorali’ from Ashes, his 2008 solo debut.

Helme occasionally quips about his mercurial former bandmate. The biggest laugh of which comes from his playing of the opening chords to ‘All For One’, or ‘Awful One’ as he calls it- a joke only he could make and get away with. The Seahorses platinum selling album was never topped with a sophomore effort. If it’s to believed, it was Squire’s stormy temperament that put the kibosh on The Seahorses – with rumours at the time swirling about the quality of Chris Helme’s song writing.

Hard to believe after today’s set because remarkably, when he does dip into his past catalogue to play stripped-back versions of these indie gems, the song writing is what holds up. Without the noodling and lush Geffen production values it’s noticeable how strong the bare-bones of these songs are, still sounding fresh and relevant after almost two decades. ‘Love Is the Law,’ ‘Boy In The Picture,’ and particularly ‘You Can Talk To Me,’ also highlight the quality of Helme’s voice. Despite his jokes to the contrary he hits the high notes with ease and quickly switches from falsetto to a rougher, bluesier tone throughout the set.

The Rookery, named after where the second album was recorded, has a heavier, rootsier sound that distinguish the songs from his earlier work and debut. Americana soul-searching and catchy chorus’ slink along in ‘Pleased’ and nostalgic ‘Summer Girl.’

In cyclical fashion Helme finishes the set with the Stone’s ‘No Expectations,’ allegedly the song he was playing whilst busking when he was noticed by a friend of John Squire. I guess Stephen King was right when he said that: “sooner or later everything old is new again”.