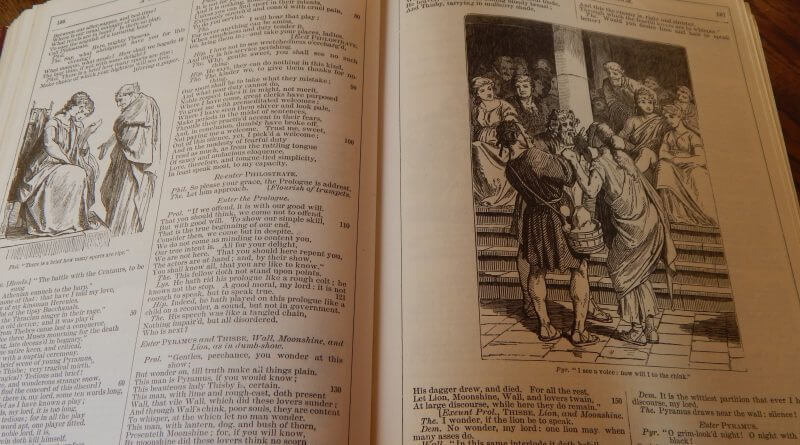 2016 marks the 400th anniversary of Shakespeare’s death and there are many Shakespeare events across the country.  Belper sees Pyramus and Thisbe in the River Gardens.

Pyramus and Thisbe are the ill-fated Babylonian lovers from Ovid’s Metamorphoses who form the origin of the Romeo and Juliet story (through a line of literature including Boccaccio, Salernitano, Chaucer, Da Porto’s novella and Arthur Brooke’s poem) and also lands in A Midsummer Night’s Dream as “The Most Lamentable Comedy and Most Cruel Death of Pyramus and Thisbe”, the play within a play performed by Bottom and Flute with Peter Quince’s “mechanics” theatre company.  Although not a Shakespeare play itself, it is intrinsically tied into the Shakespeare legend due to the great fondness the public has for A Midsummer Night’s Dream. 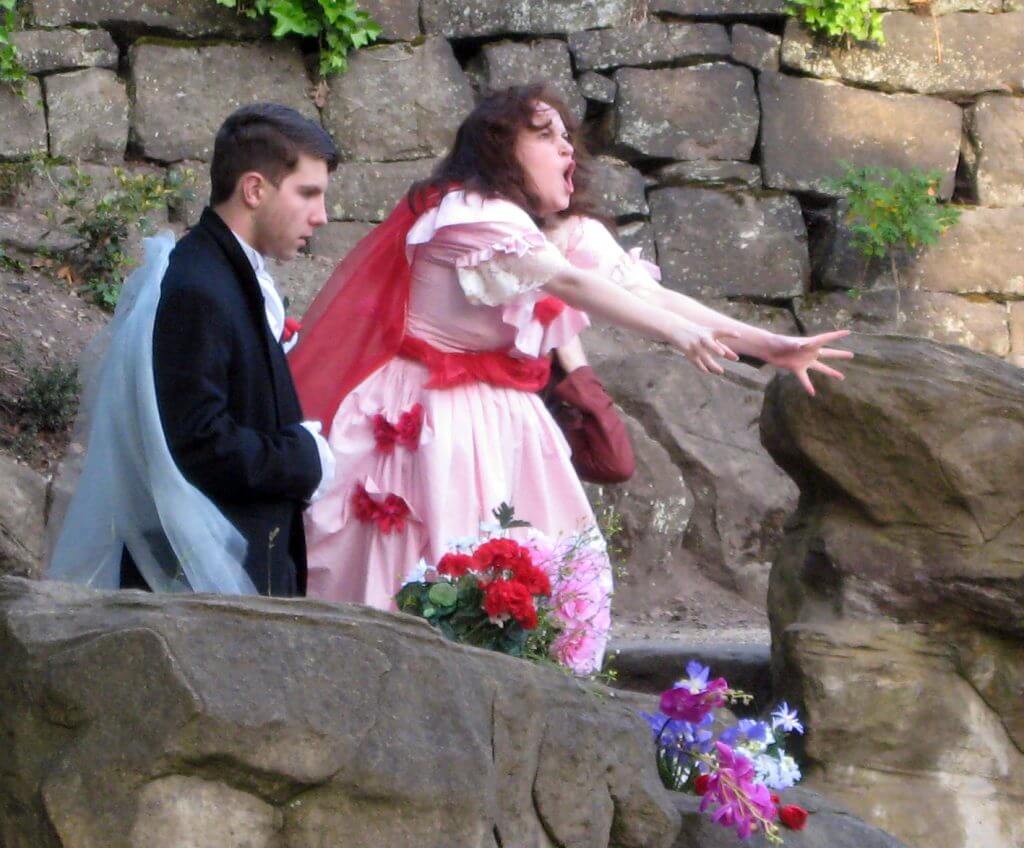 The 1623 Theatre Company, working with Strutt’s North Mill and the Friends of Belper River Gardens, are recreating the play within a play and are offering the chance for Belper residents to join their promenade performance of Pyramus and Thisbe.  There will be a two hour rehearsal period to get ready for the performance or to help create the costumes (two workshops).

The dates are Tuesday 19th and Wednesday 20th July.  The event will start in the North Mill from 1-3pm before moving on to the River Gardens from 4-6pm.  The times are the same for both days.