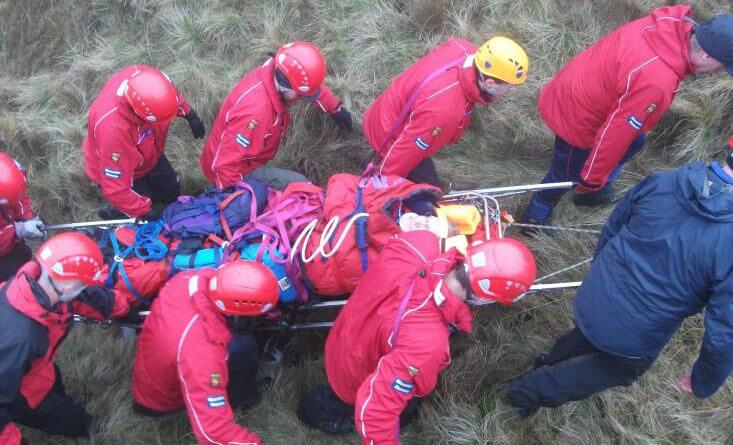 Derby Mountain Team is a voluntary emergency service and an independent charity. The highly trained volunteers that make up the team are on call 24 hours a day 365 days a year.

The work of the team is varied, dangerous, and requires extensive skills and equipment.

The Derby Mountain Rescue Team operate mainly in the Peak District. The main role is the rescue of injured walkers, cyclists, climbers or any other person in hills, cliffs and rural areas. The team is regularly called further afield and support the police in search for missing persons, the NHS with casualty evacuation, water rescue, animal rescue, and are deployed to any major incident in the country.

The Derby Mountain Rescue Team spent a lot of time in York, Lancashire and Cumbria at the end of last year during the unprecedented flooding. Anywhere their unique skills and equipment can be of use the team could potentially be sent to assist any of the other emergency services. The Derby Team attended both the Lockerbie and Kegworth plane crashes.

As a way to support the Derby Mountain Rescue Team and enter into the spirit of the food festival Arkwright’s Real Ale Bar has organised a charity bar with all proceeds donated to the charity. With great beer donated from Leadmill and Landlocked brewery, ciders, wines, and soft drinks for the kids. There will be a Farmhouse Kitchen next door and plenty of seating outside to create a haven from the buzz and somewhere to sit down, have some lunch and get a drink.

Farmhouse Kitchen have put on a Bumper Meat Raffle for the charity, with massive meat boxes up for grabs and all proceeds again for the Derby Mountain Rescue boys.

Emily from Arkwright’s said: “It’s such a fantastic day for Belper we can’t think of a better time to thank the Derby Mountain Rescue Team for all the time and dedication they put into saving lives, and what better way to support a charity than sitting down for a beer?”