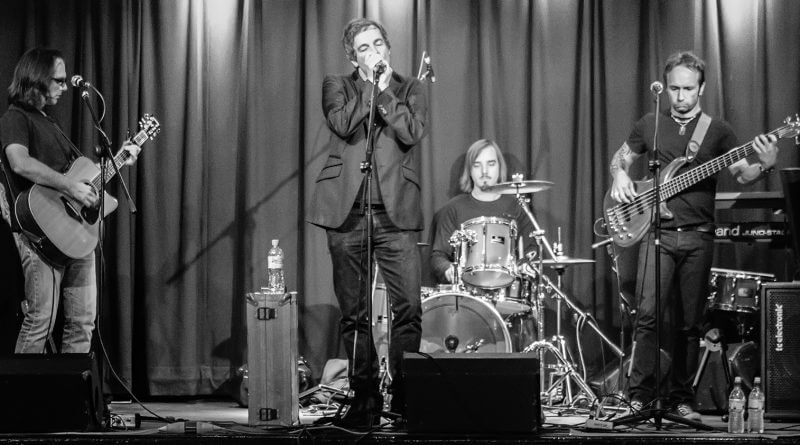 With their new album ‘Feather and Flame’ receiving rave notices across the music press, Headsticks’ vibrant blend of folk roots and punk energy returns to Belper on May 14th. Formed in late 2012 from the ashes of Tower Struck Down, Jugopunch and The Clay Faces , the band swiftly moved into the festival scene opening at Tolpuddle in 2013 where the Stoke on Trent sound clearly lifted the crowd and won new fans. Their first album ‘Muster’ followed a year later with new material honed by a busy touring schedule. Occupying the zone where folk and punk collide, the album demonstrated the band’s ability to channel traditional themes into a new and striking brand of rock and roll. Reviews made favourable comparisons with both The Jam and The Levellers while acknowledging the uniqueness of The Headsticks sound.

The new album has caused even more of a stir with praise for the band’s ‘addictive melodies and barbed lyrics’. Nearly four years on ,the band now deliver their very own blend of roots rock, punk and ska with outstanding vocals and commanding musicianship.

Support is from Chris Butler whose own recorded output has not gone unnoticed and there will be new Butler tunes for the faithful to savour.