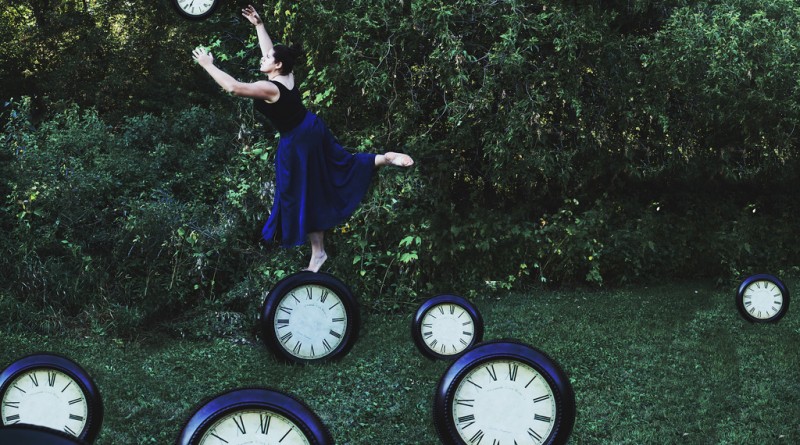 Spring Forward, Fall Back.  No-one ever remembers when the clocks change and many people cannot remember whether they go forwards or back.  We often spend the end of March reminding each other that the time will not be what we expect it to be.  Luckily, this year, the clocks change before a bank holiday, so few people will be late for work or inhaling coffee on an hour’s less sleep.

Why do we do it?  It didn’t all happen at once; the idea brewed and formed across several English speaking countries.  The practice was common in the ancient world, which took more note of nature than of time measurement, which was not standardised until the British railways required it.

Benjamin Franklin was the first to mention making use of the change in light throughout the year, in a satirical essay titled “An Economical Project for Diminishing the Cost of Light” which he sent to the editor of The Journal of Paris in 1784.  He was living in Paris at the time, as America’s first ambassador to France, which was one of the world’s two superpowers (the other being England).  He facetiously suggested that Parisians could save money on candles if they would only get out of bed earlier in summer. It was merely meant to be funny but he is often erroneously credited with the idea of daylight savings time but he didn’t suggest changing the clocks.

The man who first wanted the clocks changed was a British builder called William Willett who noticed drawn blinds when out riding early in the morning. Using his own money, he produced a campaign pamphlet titled “A Waste of Daylight” in 1907 in which he proposed some quite convoluted measures to make the most of daylight.  His proposals were for eight time changes per year, 4 increases of 20 minutes each on the Sundays of April and 4 reversals on the Sundays of September, altering the time by 80 minutes in each direction every year.  He estimated that it would save £2.5 million in lighting costs for the nation and maximise efficiency of workers. He campaigned tirelessly on the topic and after a year, he managed to get the support of a young Winston Churchill and Robert Pearce, who managed to get it examined by a select committee but it was dropped in 1909 with no adoption. 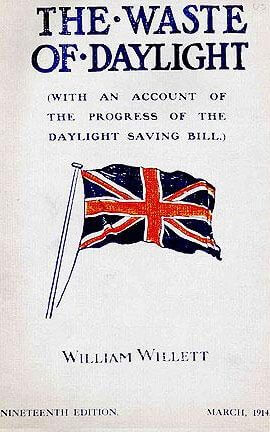 The way that we actually do it, with two hourly changes per year was proposed by a New Zealand entomologist and astronomer, George Hudson.  He proposed it in a paper to the Wellington Philosophical Society in 1895, which he pressed forward in a second paper in 1898.  New Zealand didn’t pass their Summer-time Act until 1927 but Britain took up this format in 1916 for financial reasons – the first world war was hammering resources and they needed to save on coal and the Germans, whom we were fighting, had already adopted the proposed time change, so we copied them within weeks.  Sadly, Willett had died of influenza the year before and never got to see his proposals come to fruition, albeit in a slightly different form.

2016 marks 100 years of British Summertime and love it, loathe it, want rid of it or want to improve it with double summertime (as was used during the second world war, and between 1968 and 1971 as a trial that was deemed unsuccessful but was proposed again by backbenchers in the Daylight Savings Bill of 2010-12), it is now part of our temporal landscape.  Since 1998 summertime has been standardised across Europe under an EU directive that it lasts from the last Sunday of March until the last Sunday of October, with all changes occurring at 1am GMT.

So don’t forget; at 1am we turn the clocks FORWARDS by one hour.

Depending on your musical tastes, you might be interested to know that Chris Martin of Coldplay is the great great grandson of William Willett and on the 2002 album “A Rush of Blood to the Head” Martin featured two songs honouring his great great grandfather, Daylight and Clocks.