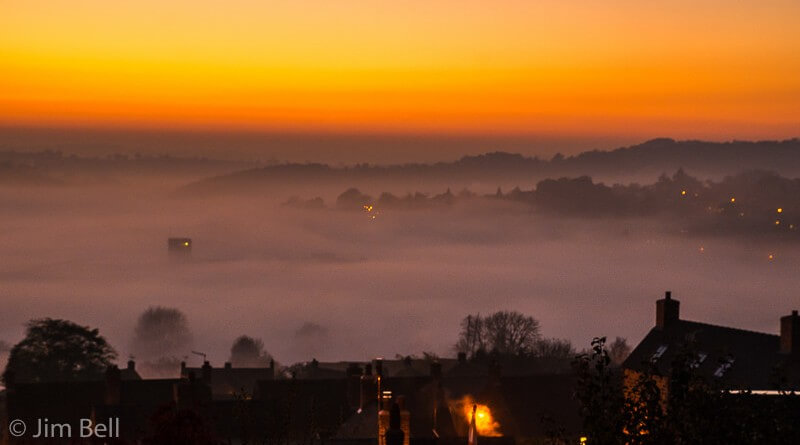 Amber Valley Borough Council has withdrawn its Core Strategy from the public examination that was due to resume next week. This follows considerable public consultation and heated debate for many years about potential housing development sites. The Council were at the final stage before formally adopting the Core Strategy.

The reason for the withdrawal is that, following discussions with relevant housing developers in the last two weeks, the Council can no longer be confident that the developers will deliver the previously predicted number of houses within the next five years on the sites proposed by the Council. Government policy requires the Council to show that enough homes will be built in the next five years to meet objectively assessed housing need.

I am deeply dismayed that such a decision had to be made at the eleventh hour, after so much effort and expenditure on the process by so many. Regrettably, however, despite the fact that there are many sites within the Borough that have been given planning approval by the Council, the Council has no powers to force developers to start building the houses, or influence the timeframe over which a site is developed.

He added: “The Council remains fully committed to establishing an up-to-date Local Plan for Amber Valley, which will provide a robust set of policies and proposals to support housing and economic growth in the Borough, whilst at the same time safeguarding and enhancing the environment. It will not, however, be practical to achieve a demonstrable five year supply, through the identification of further sites for housing development, without re-visiting the overall strategy for housing growth. The process of reviewing the growth strategy and reaching a conclusion as to an alternative approach, including appropriate public consultation and engagement, will take at least 12 months.”

In addressing concerns about the implications of making decisions without an up-to-date Local Plan, particularly where the Council cannot show a five year land supply, Cllr Cox said:

“This does not mean that any development, whatever the impacts, will be acceptable. Neither does it mean that there would be no point in refusing a housing scheme because we wouldn’t stand a chance on appeal. National planning policy, and the objective of pursuing sustainable development, is a material consideration in planning decisions irrespective of the status of an area’s development plan and will enable the Council to continue to protect the Green Belt and other areas of environmental importance for heritage, landscape and other reasons.”

“Levels of planning appeals upheld against an authority’s original determination remain constant at only one per cent of all planning decisions in England. There are several recent cases where development has been refused permission, even in the absence of an up-to-date Local Plan or five-year land supply, because it would conflict with national policy objectives.”

One can only infer that housing developers have scuppered the prospect of building enough houses over the next five years to make the plan viable. Did they demand more greenfield sites? Whilst public opinion favours building on brownfield land first this is more costly for developers. While there is a perceived demand for large numbers of new houses to be built the laws of supply and demand dictate that houses will be marketable at higher prices if fewer are available. And, if the Core Strategy is adopted the sites that are available to build on become more limited thus restricting developer’s options.

Many in Belper will be dismayed at this news and wondering whether the fight to protect Bullsmoor, Pottery Farm and Cherry House Farm will need to start all over again. Campaigners should take heart from Cllr Cox’s determination to protect Green Belt “and other areas of environmental importance for heritage, landscape and other reasons,” as well as the implacable opposition of English Heritage to any development at these sites and the previous planning appeal to build nearby that was thrown out.

CPRE – “housing targets based on ambition rather than actual need “

Meanwhile, the Campaign to Protect Rural England is today calling for an overhaul of the way local authorities set housing targets in order to stop countryside being lost unnecessarily.

Extensive research commissioned by CPRE has shown that local authorities are in effect being asked to base their plans on aspiration rather than need, which is resulting in ever higher housing targets and the consequent, unnecessary release of countryside for development – without resulting in an increase in overall housebuilding.

Among a large number of problems with how the targets are calculated, the research found a lack of clear guidance in the process, a lack of objectivity in the calculations, and a lack of concern for land availability and environmental impacts.

The research demonstrates that the unrealistic targets are putting undue pressure on the countryside. Setting targets far higher than what can be realistically built just means that developers have more sites to choose from: as static building rates show, higher targets do not mean faster delivery. The disastrous consequence is that when these unrealistic targets are not met, councils have to identify even more sites for housing, and ever more countryside is released for more lucrative development while brownfield sites go unused.

It is vital that we build more homes, but this will not be achieved through ever higher housing targets based on ambition rather than actual need. The current process is not only highly damaging to our countryside and the environment in general; it is also damaging to community well-being and extraordinarily frustrating for local people.

Through its planning inspectors and the threat of expensive appeals, the Government is taking a top-down approach to impose and enforce housing targets – despite ministers calling for more localism. Instead, we need to see a more accurate definition of community need at the heart of all local plans, and more consideration for environmental concerns and land availability. Councils should not be penalised for failing to meet implausible ambitions for growth over and above actual housing need.

To illustrate the unrealistic nature of the housing targets, CPRE has analysed the local plans passed in the past two years that have contained a new housing target. In those 54 local plans, the average housing requirement is 30% above the Government’s household projections, and 50% above the average build rate. Only seven of the 54 targets take environmental factors into account.

To ensure that we build the homes we actually need in the right places, CPRE is calling for community surveys to play a far greater role in determining true need; for available brownfield land to play a leading role in developing targets; and for planning guidance to include a clear definition of housing need that is designed to support those who lack housing, and to ensure local plans specify what kind of homes will meet this need.