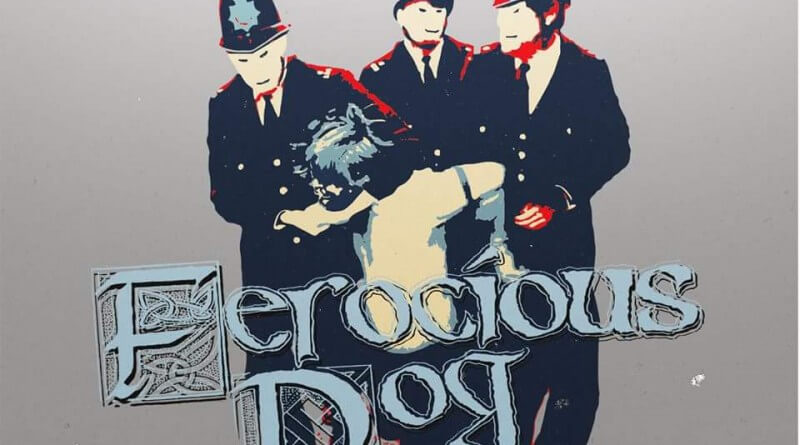 Nottinghamshire’s best live band return with ‘From Without’, a sophomore album that sees them more ferocious, more political and more endearing than ever before.

In recent years the protest song has fallen out of favour, with folk champions like Billy Bragg and Frank Turner lamenting their disappearance from the British music scene. Not so for Ferocious Dog, who in the past have highlighted causes close to their hearts by starting their own charity for veterans suffering from PTSD. Amongst all their punk-folk energy is empathy; these are songs about standing up when no one else will, about challenging prejudice and breaking free from the chains of poverty. ‘Urgent Marikana Massacre’, first single ‘Ruby Bridges’ and ‘Crime and Punishment’ all show that Ken Bonsall and Dan Booth are leading the band in an increasingly complex, political direction. It will be interesting to see how this plays out in future recordings.

Like its predecessor, ‘From Without’ fires out of the starting gate with the fast picking mandolin of Ellis Waring on opener ‘Gallows Justice’ before the rest of the band throw their weight into the song. Having now expanded to a six-piece – with the addition of Carter the Unstoppable Sex Machine’s Les Carter on guitar – the band sound increasingly more comfortable and confident on this record as they settle into their new configuration. Some fans of the band may recognise, or at least have minor injuries from dancing to, the traditional folk song ‘Raggle Taggle Gypsy’ which works as a fine precursor to the sophisticated ballad closer ‘Mairis Wedding PT 3’.

Best in class is the second single ‘Slow Motion Suicide’, (the act of killing yourself slowly over time with substance abuse) another biting critique of Thatcherism and its effect on the industries and workers of the north. For many, the miners’ strikes may have taken place thirty years ago, but the deep-seated resentment of what happened to those communities is not something to be easily brushed under the carpet, and nor should it be. Starting off with tense muted chords, the song tells a melancholy and desperate tale of an ex-miner on the ropes before segueing into one of the best violin solos you’ll hear on record this year.

‘From Without’ is a bold, confident and more cohesive album than Ferocious Dog’s debut; it is an album that brings the listener even closer to the elusive greatness of their live experience.

Ferocious Dog are currently on tour throughout the UK and From Without is available now on iTunes.