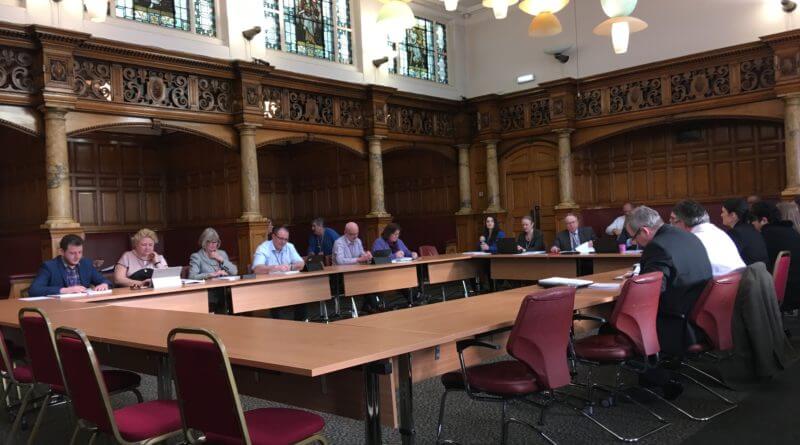 The county council’s finance chief has issued a stark warning to the authority over its budget cuts targets.

In a meeting of Derbyshire County Council’s cabinet on Thursday 24th January 2019, ruling Conservative councillors voted through a 3.99 per cent council tax rise. However, it was the ongoing threat of meeting mounting cuts targets which took centre stage.

Peter Handford, head of finance and ICT at the authority, reiterated points made in his budget round-up document stating that it was “imperative” that the council meets its targets.

Only 45 per cent of the required cuts have been identified, with Mr Handford stressing that they must all be earmarked by July or the council would risk financial instability.

He said: “What is imperative is that we as a whole have until the end of July to draw up our total five-year financial plan. This will require considerable effort but the complete budget savings must be identified. It will be difficult to do but this must be done sooner rather than later.”

The council’s now updated five-year target is to save £63 million by 2023. More than half of this is set to be made next year – £33 million – in the same year as a proposed council tax freeze.

In total, this year the council seeks to make cutbacks of just over £15 million.

During its recent assessment of the county council in October, the Local Government Association found that of the then £27 million the authority had sought to save next year, just £11 million has been drawn up, calling it a “particularly difficult year”. It stated that: “Unachievable saving targets are rolled forward into the next financial year for delivery.”

In yesterday’s meeting, the Conservative authority’s leader, Cllr Barry Lewis, said: “What we are seeing is the beginning of the end of austerity, but there are significant risks to the global economy still, such as what we can see in Germany, and there is some risk associated with Brexit. But is certainly not the end for local authorities. I think what we have to do is recognise that this while there is a significant pressure on children’s services and on our highways budgets in particular, household budgets are also under significant pressure. So instead of taking the maximum 4.99 per cent council tax increase we are allowed to get, the 3.99 per cent is a much better option. Much of the nearly two per cent rise above the two per cent adult social care precept should be directed at children’s services pressures. Despite what the government is saying about austerity, we cannot expect them to be our knight in shining armour, we have to be the masters of our own fate. It is becoming more important that we find where we can achieve these savings on our own.”

As it stands, the authority is set to have council tax freezes in the financial years beginning in 2020 and 2021, with increases of two per cent in the years 2022 and 2023.

Meanwhile, the Labour opposition conceded that it would have gone for the top level rise in council tax, in order to meet the savings targets. It’s leader, Cllr Anne Western, called the change in council tax for the coming year from 4.99 per cent to 3.99 per cent a “last minute swerve” within the last couple of weeks. She also pointed the finger at the £1.7 million “vanity project” which is the refurbishment of the Winter Gardens at the county council’s headquarters. It is to be brought back from the brink of decay and collapse and turned into a “multi-functional” space for events such as weddings, craft shows and beer festivals.

Cllr Western said: “They’re going to need an awful lot of beer festivals and wedding receptions to get that money back. And for what, a vanity project that will not do the public any good at all, when there are buildings, such as schools and other council assets which badly need repairs. It’s crazy. With that money you could have another children’s home in Derbyshire so that parents do not have to send their children so far away.”