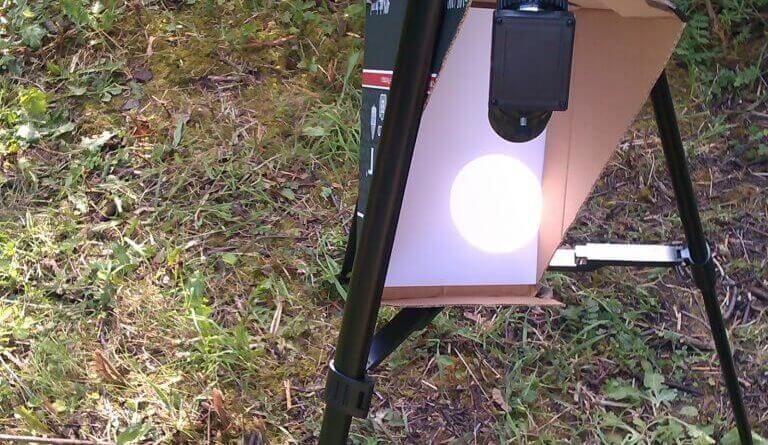 Note, late posting due to the Nailed site being down for most of October.

In October’s Night Sky.  Jupiter is well placed for viewing.  A Partial Solar Eclipse on the 25th.  The clocks go back one hour on the 30th of October.

The clocks go back one hour on the 30th of October – meaning that the UK is back on GMT and is therefore in sync with Co-ordinated Universal Time (UTC).

The Sun will still be very bright during the eclipse and should not be looked at directly.  It is very dangerous to just go out and look, even a quick glance could risk permanent eye damage.  As such, you will need to take precautions to view the eclipse safely.  To view the eclipse you will need to use proper solar filters (designed and approved for the purpose of looking at the Sun).  This is the main method I intend to use (see notes from Space Is The Place, July 2021).   However, it is also possible to use solar projection, where the Sun’s image is projected onto a screen or other surface (see headline image).

For good advice on safe methods for solar viewing (originally posted by the Royal Astronomical Society for the partial eclipse on the 10th June 2021) see the link here: Viewing The Eclipse Safely.

The Orionids are generally a good meteor shower.  The shower has a broad peak and, as such, there is a good chance of seeing these fast and bright meteors between the 21st of October and the 23rd (from 10.00pm onwards).   Projected rates are given as a max of 20 per hour.  Note that, all projected rates need to be taken with caution, as there is always an assumption of perfect viewing conditions and a 360 degree view of the sky.  Past observations have produced at least one or two sightings over an hour or so, and this is a more reasonable expectation of what you might see.

Jupiter:  Jupiter shines brightly in the south east, from nightfall onwards.  Jupiter is well placed for observation, so, if you can, now is a good time to view it through a telescope to have a closer look.

Using a 4 inch, long tube refractor and a 6 inch dobsonian reflector, I was able to see a reasonably sized disc and some detail at higher magnifications of around 115x plus.  As with all naked eye planetary viewing there were moments of clarity and good seeing.  Jupiter’s bands could be seen, though interestingly on some nights a single band was more prominent.  On subsequent nights, two equatorial cloud bands could be seen more clearly.  I may have been able to discern the great red spot and, maybe, the polar regions.  In addition, the Galilean moons made interesting configurations, some appearing very close to each other. 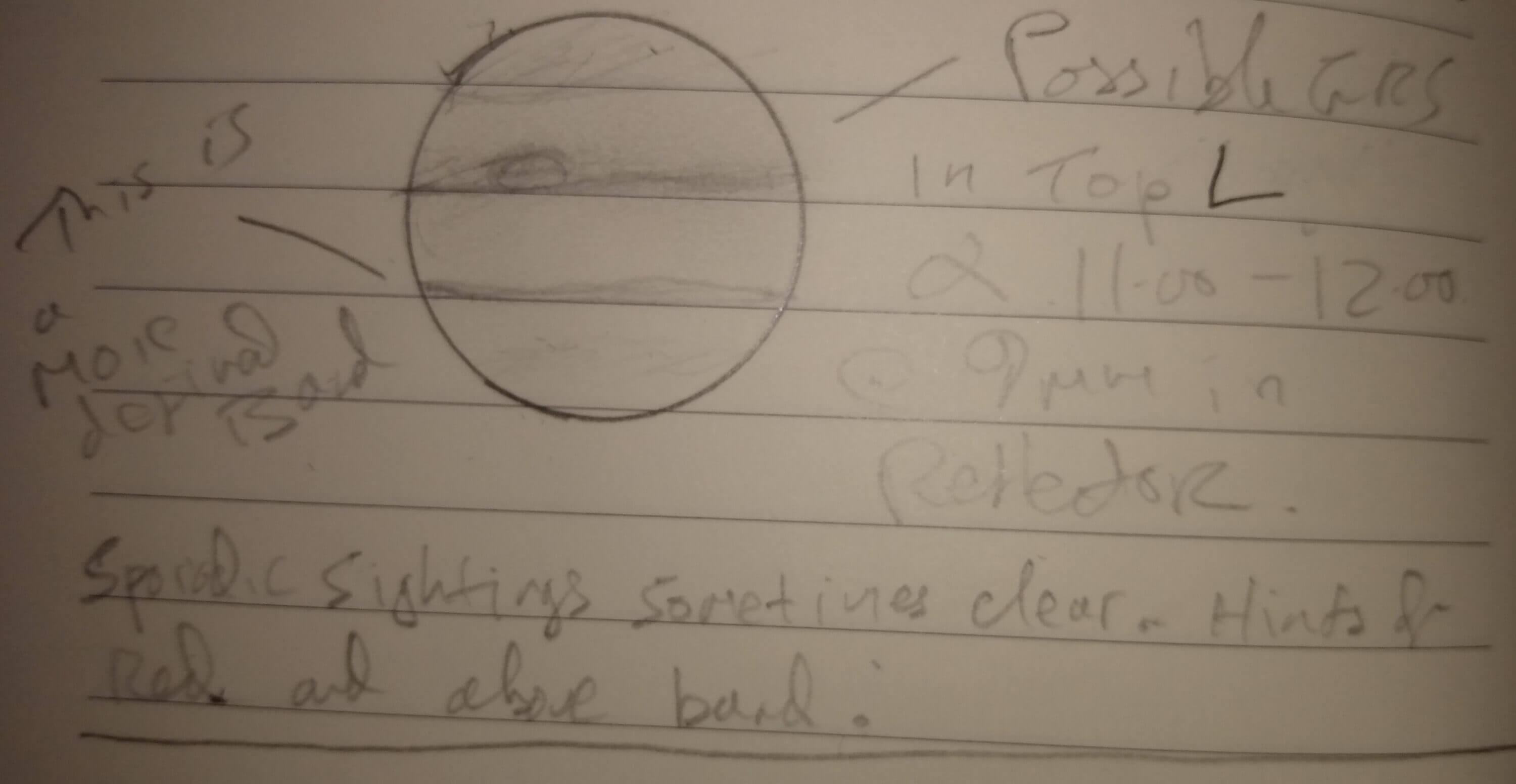 It should be noted that this sort of viewing (i.e directly looking down the telescope’s eyepiece, as opposed to astrophotography) demands a degree of patience and repeated observation – over time you will build up a picture of what can be seen.  Successive nights of viewing will often reveal other planetary features, there is a good guide here: Jupiter’s cloud features.

If you don’t have a telescope, a good pair of binoculars will resolve Jupiter to a disc and will show the more prominent Galilean moons.  Or you could go along to a Derbyshire and District Astronomy Society observing session.  The next one will be held on Saturday 12th November 2022 from 7:30 pm onwards at the Society’s Flamsteed Observatory.  A variety of telescopes are generally available, including the Society’s 10-inch Meade Schmidt-Cassegrain telescope and, if they are looking at Jupiter through that, you will get fantastic views.  For more details email the DDAS Secretary Brian Dodson at secretary@derbyastronomy.org

Saturn:  Jupiter is joined in the sky by Saturn.  Saturn is lower down – but clearly visible.  Most astronomy telescopes will show Saturn’s rings.

Uranus:  The occultation of Uranus on the 14th of September was clouded out.  Fortunately another one is due in December – on the 5th.  You will need a telescope or a good pair of binoculars (10x50s at least) to see it.

Venus cannot be seen this month – it will be back in our skies, as the “evening star”, in December.

The International Space Station is one of the brightest objects in the night sky.  It is not hard to spot and flies-past periodically throughout the year.  Fly-pasts tend to swing from PM to AM.  Typically it will be in the sky for up to four minutes at a time.  It moves slowly across the sky, at first bright and then fading as it moves over the horizon.  NASA’s Spot the Station site tracks ISS and gives accurate forecasts of sightings (none at the moment -but it is always worth checking).  Signing up to the Alerts Site  will give you advance warnings for the more prominent sightings.