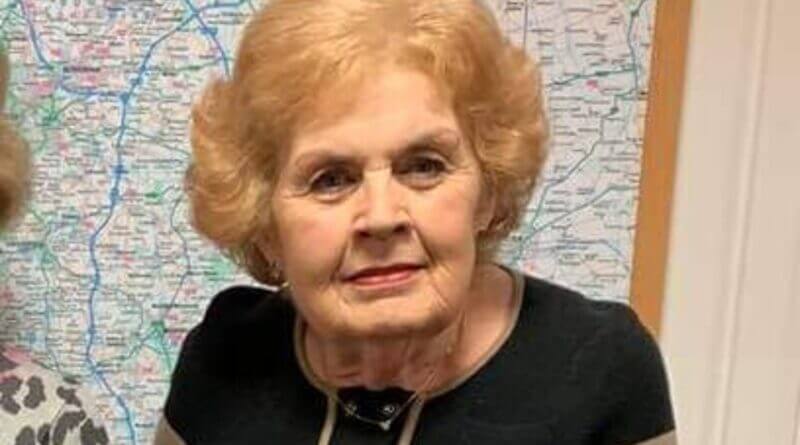 Heartfelt tributes have been paid to a “wonderful, devoted and kind” Derbyshire councillor, known for her heavy involvement in charity work, who has died.

Cllr Valerie Thorpe, a representative on Amber Valley Borough Council for 24 years, who lived in Fritchley, near Crich, died aged 78 on Sunday, September 25.

She died at the Royal Derby Hospital on Sunday after falling ill. Cllr Thorpe’s husband, Terry, who was also a borough councillor, died in 2016.

Cllr Thorpe represented the South Wingfield ward on the authority on behalf of the Conservative Party but is widely known for her charity work, being hailed as the lynchpin of Amber Community First Responders as one of its founding members.

The responders are a group of volunteers who assist patients in the vital few minutes before an ambulance can arrive.

Cllr Thorpe had still been checking in on the charity despite being unwell, the group said, detailing that her fundraising efforts were essential to providing equipment which ultimately helped save lives.

She is also said to have still been making calls on behalf of her ward constituents.

Cllr Kevin Buttery, Conservative borough council leader, said: “We are all completely shocked and saddened by the passing of such a well-loved and respected colleague. Valerie’s contribution to the council and community was exceptional, she really cared and always went out of her way to help people.

“Even whilst in hospital, she was ringing up chasing things on behalf of residents.

“She will be greatly missed, not least by both members and officers, who were privileged to have served with her.”

Cllr Thorpe had served on the borough council since 1998, representing the environment forum, housing options steering group, planning board, licensing board, standards and appeals committee and the Amber Valley Access Group.

The Amber Valley flag at Ripley Town Hall will be flown at half-mast until after Cllr Thorpe’s funeral.

Nigel Mills, Conservative MP for Amber Valley, said: “So sorry to hear of the passing of Cllr Valerie Thorpe.

“Quite simply the hardest working councillor I ever met, and the driving force behind Amber Community First Responders. She will be sorely missed.”

Cllr Barry Lewis, Conservative leader of Derbyshire County Council, said: “She was a truly remarkable lady and massively hard working and devoted to many causes. She’ll be missed.”

A spokesperson for Amber Community First Responders said: “It is with great sadness that the Amber CFR group has learnt of the passing of Valerie Thorpe.

“Valerie was a key individual in the Amber family and without whom the group would quite possibly not have existed.

“Her relentless fundraising efforts ensured that our responders were equipped to go out into their local communities and save lives.

“Valerie always supported the group as much as she could and even when unwell, would always check in to see if the group was OK.

“Valerie’s commitment to her local community was not just limited to her time spent working with Amber. She was a local councillor whose passion for her local area was incomparable.

“Valerie’s devotion to helping others will never be forgotten. Her wonderful and kind personality will be missed greatly by all those who knew her.

“Our thoughts are with Valerie’s family and friends at this time.”

Cllr Chris Emmas-Williams, leader of the Amber Valley Labour Group, said: “Both me personally and the Labour Group are saddened to hear the death of one of our colleagues. She represented the people of South Wingfield since 1998 and has been an excellent champion for the area, being heavily involved in local charities.

“She was a member of many council committees and represented the council on other outside bodies.

“I know she will be missed by a lot of local charities and our thoughts are with her family at this sad time.”

Cllr Dave Wells, on behalf of the Amber Valley Green Party, said: “We were sad to hear the news of the death of Cllr Valerie Thorpe, who has served the people of Wingfield both as their borough councillor for nearly 25 years and through her voluntary work with local charities and organisations. Our thoughts are with her family and friends.”