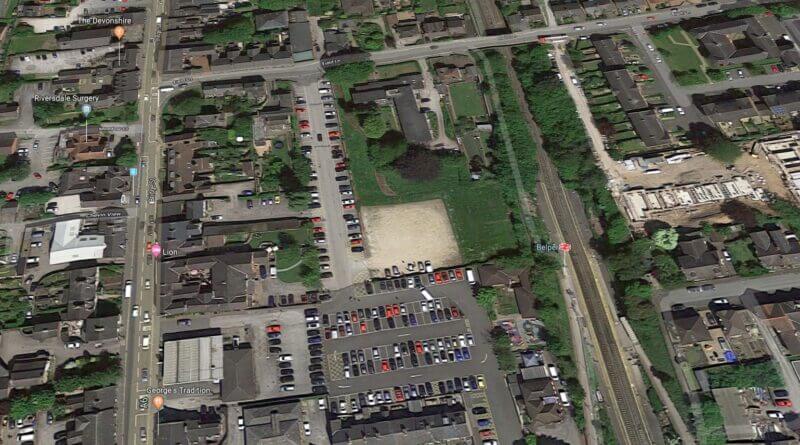 Plans for a car park expansion in a Belper have been heavily stripped back after costs spiralled to £1 million.

Amber Valley Borough Council had announced two years ago that it was to build an extension for the Field Lane car park, next to Belper train station, at a cost of £437,000.

This would provide 100 extra car parking spaces and offset the loss of the Derwent Street public car park, which is now an affordable housing site.

This is after prices quoted for the scheme – which was to also include a new modular unit containing toilets, a waiting area, cycle storage, ticketing booth and a drinks and snacks station – soared past £1 million in late 2021.

The initial scheme was also to include improved lighting and footways and would see the wall separating the car park from the existing footpath removed.

A further quote was obtained in February this year but this too was still far in excess of the original budget, at £695,000.

This week the council’s ruling cabinet approved the paring back of the original scheme but say that if council finances improve or funding from elsewhere becomes available, such as through grants, then the project could be returned to its initial scope.

A council report on the issue says the soaring project cost “reflects similar issues with other projects, where costs of both materials and labour have increased significantly following the lifting of Covid lockdown measures”.

Council officers also detailed that the predicted return of widespread car park usage following lockdown has not bounced back as expected, with a perceived lower demand, with parking payments still 15.8 per cent down.

Officers say: “It is thought that this is likely to reflect changes in working patterns, with a proportion of commuters moving to hybrid working. Additionally, it may be the case that shopping habits have altered with greater prevalence of online purchases than pre-Covid.”

In the reduced plans, lighting and footways, and the removal of the boundary wall, will still go ahead, but the planned new building has been scrapped – for now.

During this week’s cabinet meeting, Cllr Ben Bellamy, Labour Group deputy leader, said: “I am not sure it sends the right message to business owners but I understand it leaves more money for other projects.

“The economy is in such a dreadful state, I hope the shops won’t be too upset. The parking they used to have in Derwent Street is not being replaced.”

He said he was disappointed the project had to be scaled back and would still like to see bike stands introduced.

Cllr Tony Harper, deputy leader of the council, said he regularly cycled to Belper train station and along with others had to take his bike with him on the train instead of leaving it at the station.

Cllr Trevor Ainsworth, cabinet member for the environment, said he too would like to see bike stands and bike safes at the station and would be pushing for funding to achieve this, with people currently storing their bikes at Derby station instead and taking up space on the train.

During this week’s cabinet, councillors also discussed an assessment of sport pitches and facilities throughout Amber Valley, to ascertain what improvements would be needed – including more pitches – in the next five years.

Councillors agreed they would need to work closely with sports clubs on the proposed required expansions, due to the council’s own lack of funding.

Cllr Ainsoworth said he was eager to see access and experience of sport improved, with more involvement from women and girls.

Cllr Bellamy, who runs a girls under 18s football team in Derby, said there was an increasing demand from young women but claimed finding suitable pitch space is a persistent problem.

He said Belper United Football Club is looking for a new home, moving away from the Raygar Stadium it shares with Belper Town.

Cllr Bellamy said the need for a new base was “really quite urgent now”.

Cllr Bellamy said the Alton Manor pitch in Belper has been effectively deemed unusable by the Derbyshire Football Association through overuse.

Councillors also approved a move to scrap a planned decision to remove permitted development rights from Haytop Country Park, a caravan site in the hills above Whatstandwell.

The authority does not want the move to get in the way of legal toing and froing over the site, with decisions still ongoing in the courts, with the decisions being made to bring back the move at a later stage but suspend it for now.

Cllr Bellamy had said: “I am very, very strongly against this. We are dealing with a developer who has consistently flouted the rules and has refused to put things right. They are riding roughshod over us.

“We run the risk that they can get away with it and start doing things again on top of what they already have.

“I really don’t feel that we are sending the right message for the developer or anyone else seeking to ride roughshod over us.”

Cllr Harper said the decision was to “seek clarification of the legal implications”.

He said he did not want to send “mixed messages” and did not “want to send the message that people can get away with it”.

Lee Gardner, the council’s solicitor, told the meeting that the move would “give the council breathing space to properly understand and consider the legal outcome”.

Pictured: The Field Lane car park in Belper would be extended, Close To Belper Train Station. Image From Google Maps.