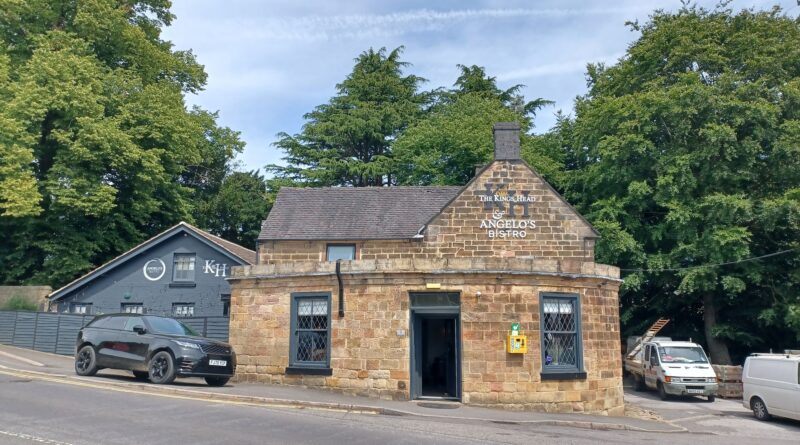 A number of residents living near a Derbyshire pub have raised concerns over claims of drunk and disorderly behaviour, including violence, smashing bottles and glasses and banging on doors.

The venue has said it has a “great reputation”, employing 80 people and suggested problems were potentially being caused by people drinking at other venues in the village and wider area.

The Local Democracy Reporting Service visited the area to ask locals about their experiences.

Marie Barraclough, who has lived in King Street for 18 years, said: “It is a nightmare, we have people yelling through the night every weekend and we have nowhere to park.

“We have women shouting and screaming at each other in the street, where to start, it is just horrendous.

“I have lived in this village for 18 years and this is the worst it has been. I don’t go in it (The Kings Head) now.

“When he took that pub over it all changed. It used to be a nice old man’s pub, dead quiet and everyone knew each other, I’d go in for a quiet drink, but they have tried to turn it into a club.

“We have seen women having a scrap in the street and people have banged on my door and tried to kick my door down, I have had my window smashed and had to get that replaced. It is that bad.

One resident, who did not wish to be named, said: “During the past 12 months there continues to be constant issues with this pub probably on average a few times per week.

“Drunk and disorderly behaviour, violence and clear breaches of their licence on noise without any real action from the council on their licence to open until 1am every night.”

They mentioned an incident in which police were allegedly called to the area because revellers were “urinating in gardens” along with “indecent exposure on the streets, abusive chanting in the front garden and violence”.

However, numerous other residents living near to the venue, which was taken over in 2018 after the previous owner was stripped of their licence, say they have not experienced any issues.

A second resident, who did not wish to be named, said: “I have not heard of any problems at  all, but it used to be awful.” A third resident said: “No, I haven’t had any problems.”

A further resident, who did not wish to be named, said there was the “odd bit” of disruption but said it was issues around parking caused by pub goers which were the real issue.

They said: “You can go out and when you come back all of the spaces are gone because of people at the pub. Anywhere with a pub you are going to have that though. Some people do get a bit rowdy and can’t handle their pop, but just some people.”

Jane Allison, who has lived in King Street for five months, said: “When people roll out there is sometimes noise. He is entitled to have his business but when they set my dog off at night time by shouting, when they roll out, it is a bit anti-social.

“The whole pub thing is a nightmare and he is opening up a tapas place.

“I do know the frustrations of emergency vehicles trying to park and get access as well, parking here is a nightmare.”

A further resident, asked about alleged anti-social behaviour, said there was “just the normal amount you can expect from living near a pub”.

A resident who did not wish to be named said there were sometimes pavements blocked by people parking to visit the pub, with disabled residents unable to get past.

Hilda McCracken, who has lived near the pub for 16 years, said: “It is noisy yes but I don’t like to complain.

“It is a pub and now everyone is outside and you young people are noisy when you are together.

“We do need to have a good pub in the village going forward and I believe it is a very good pub.”

Initially Carly Carrieri, co-owner of the venue, agreed to provide a written statement, but this was followed by Angelo Carrieri, also a co-owner saying during a phone call: “We employ 80 staff, we give work to that many people. The pub has been going for 20 years and in the last three years it has gone from worst to good.

“People get off the bus from drinking somewhere else and people are drinking outside other venues.

“We have a great reputation at the Angelos Bistro restaurant.”

Ryan North, the licensee for the pub, then called to say the venue would not be providing a written statement and would be pursuing action against any complaints published about the venue.

When Amber Valley Borough Council fielded the application to reopen the Kings Head pub in July 2018, a number of residents objected, with concerns about noise, fighting and public urination.

Council officers had said that “the premises were a source of noise complaints from neighbouring residents due to the actions of the previous premises licence holder and designated premises supervisor”.

At the time, Mr North, who was previously the licensee at the White Hart, also in Duffield, said: “There were objections to the application, and part of that is because I didn’t go round and see residents and neighbours to talk through the plans and reassure them.