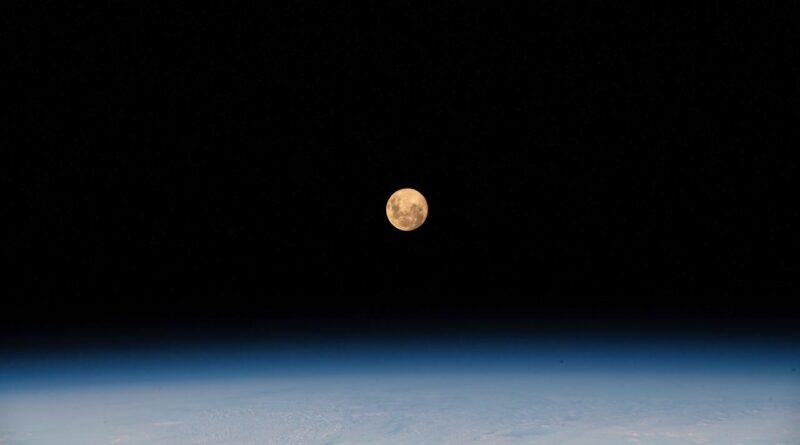 In July’s Night Sky Over Belper:  You will have to get up early to see the planets this month.  There is a Supermoon on the 13th of July, and this is also a good night to observe the ISS.  Keep an eye out for increased meteor activity throughout July.

July tends to see an increase in meteor sightings.  The Delta Aquarids (peaks 30th July), the Alpha Capricornids (peaks 2nd / 3rd August), and the Perseids will produce small numbers of meteors throughout July.  As such, If you are observing the night sky you may see a bonus meteor or two this month, a prelude to the main event of the summer – the Perseids meteor shower which peaks on the 12th / 13th of August.

The Perseids will peak in August, on the nights of August 12 – 13th (Friday evening into the early hours of Saturday).  But it is worth looking for them from late July onwards, from around 11.00pm (especially as on the peak nights the meteors will be competing with a full Moon).  You do not need to look in any particular direction, the best views are achieved by being able to see as much of the sky as possible.  Any light pollution (and clouds) will spoil your view – so Moonless and clear nights are the best way to see Perseids before the main event in August.

Your Galactic Neighborhood is a digital orrery using real data processed by NASA’s Eyes software.  This digital snapshot of the outer and inner solar system features active NASA and ESA planetary space missions.  The website is interactive and also displays the orbits, and the relative positions, of prominent asteroids, comets and the planets.

13th of July: Full Moon – A supermoon, and the brightest of the year!

15th July (am): Moon appears near to Saturn

19th July (am): Moon appears near to Jupiter

(Headline image above, courtesy of NASA: The supermoon of 26 April 2021, taken from the International Space Station).

You will still need to get up early to see the planets (or to stay up late).  They are visible in the early morning hours, in the south-east, low to the horizon.  Venus is unmistakable – shining very brightly as the “morning star”.  See above for when the Moon will appear to be close to the planets.  A thin crescent Moon will appear to be close to Venus on the 26 / 27th.

If you have never seen ISS before, Wednesday 13th of July could be a good opportunity to see it.  The space station will be visible from 10.19pm for 5 minutes, travelling SSW to E and then returning at 11.54pm, from the WSW to the E, and visible for 7 minutes.

If your interest is piqued, NASA’s Spot the Station site gives details of sightings.  You may also want to sign up to the Alerts Site – which gives advance warning of the most prominent sightings.