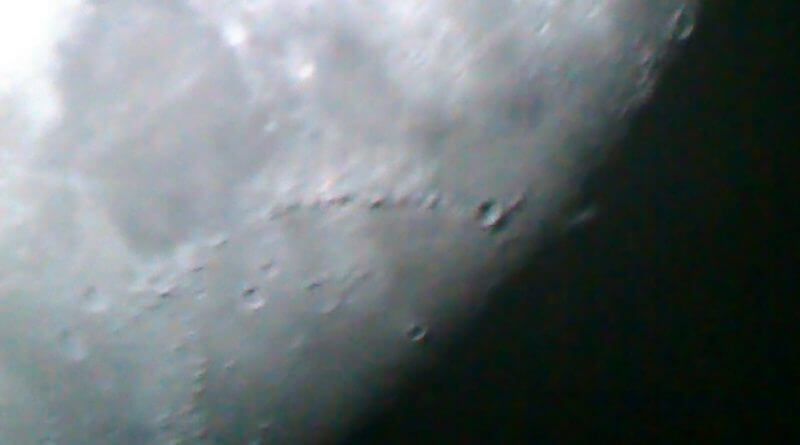 In May’s Night Sky: A Total Lunar Eclipse at dawn, Cosmological sounds, the Hercules Cluster and a Happy Birthday to Sun Ra!

There will be a total lunar eclipse on the 16th of May. However, this will be taking place in the early hours of the morning and during sunrise.

The eclipse, proper, starts at 3.20 am when the eastern side of the Moon will enter into dark shadow.  At this stage the Moon will be low in the south-west.  Totality will be reached at 4.28 pm. By now, the Sun has started to rise, the sky will be much brighter and the Moon will be even lower to the horizon.  It may still be possible to see the Moon at this stage, or it could be lost in the brightening sky.  As a clue, the Moon will be in the opposite part of the sky to the Sun.  It could be an interesting observation – a total lunar eclipse at dawn!

The Moon reaches the mid-point of totality at 5.11 am, but by this time the Moon will be below the horizon for Belper observers.

The constellation of Hercules is now visible high in the eastern part of the sky as soon as it gets dark. Hercules is home to the globular star cluster, M13.  This is one of the brightest clusters in the northern hemisphere, containing 300,000 stars.

The cluster can just about be seen with binoculars.  A small telescope will reveal the cluster as a slightly mottled fuzzy ball.  Larger telescopes reveal the tiny pinpoints of star light that make up the cluster.  To see M13, choose any moonless night and keep away from light pollution.  M13 can be located in Hercules by using the four stars known as the Keystone: the cluster lies on one side of the Keystone. See a guide to finding M13, here: BBC Night Sky Guide, May.

NASA is embarking on a project to translate the digital data captured by its space telescopes into sound.  Users can listen to data from the Hubble space telescope, the Chandra x-ray Observatory and the Spitzer telescope. This data is normally translated into images, but the NASA sonification project is experimenting with rendering such data (in its raw form expressed as binary code -i.e ones and zeroes) into sound frequencies recognisable to the human ear, and which can then be processed in various ways.

Listen and see here: A Universe Of Sound.

This column is named after the Sun Ra song – Space Is the Place.  Sun Ra was a modern jazz composer, band leader, poet and afro-futurist; linked in to the cosmological vibes of the universe.

Here is one of his songs: When There Is No Sun

16th of May: Full Moon – and a total eclipse (see above for details).

29th of May: Early morning, the Moon appears to be close to Venus

You will need to get up early to see the planets. They are all visible pre-dawn, in the south-east, low to the horizon.  Jupiter and Mars will appear to be very close to each other on the 29th of May.  Venus is unmistakable – shining very brightly as the “morning star”.

From the 13th of May – 23rd of May the space station can be seen in the late evening or early morning. Check NASA’s Spot the Station site for details and for sightings after the 23rd of May. You may also want to sign up to the Alerts Site – which gives advance warning of the most prominent sightings.