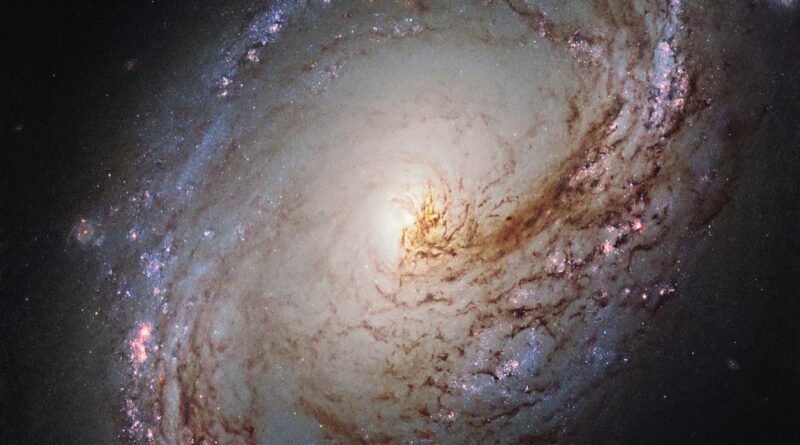 In April’s Night Sky: Spring Meteor Showers, Double stars in Leo and the Plough, Galaxies to locate in Leo. Venus is the most visible planet and shines in the early morning.

Meteor showers are annual events occurring as the Earth moves through the debris left behind by comets and (sometimes) asteroids. Our last meteor shower was in early January (the Quadrantids – and clouded out). Now, after a short break, we start the cycle again with the Lyrids and the Eta Aquarids. As such, the background rate for meteors will increase during April / May. However, patience will be needed if you are meteor-watching. Do not be too disappointed if no meteors are seen – there will be better opportunities later on in the year.

The Lyrids pass through the debris left behind by Comet Thatcher – last seen in 1861 and not due another visit for another 258 years. They are classed as a moderate meteor shower and, at their peak, produce 18 meteors per hour.

This year the best observed rates for the meteor shower are predicted to be on the night of the 21st of April going into the 22nd.

Lyrids are fast moving and can leave glowing trails. You will need to stay out a long time to see one. They appear from all parts of the sky, so just look up to see them.

The Eta Aquarids become active around the 19th of April, reaching their maximum on the nights around the  5th / 6th of May.

The Naked Eye Double Star in the Plough – Mizar and Alcor

The constellation of the Plough is high in the sky in April, look towards the northeast to see it.  It is easy enough to find the star, Mizar, as it is located on the midpoint of the “handle” of the Plough. More difficult to see the fainter star alongside it, this is Alcor. Double stars like this can either be stars that appear to be linked because of their apparent closeness in the sky or they can be actually linked in the sense that the stars form part of a binary star system and are gravitationally bound. Mizar and Alcor are part of a binary star system. If you find it difficult to see Alcor with the naked eye, the double star is more clearly resolved in binoculars.

April is a good time to spot the constellation of Leo. You can use the pointer stars in the Plough as a guide (see the animation here: Finding Leo). Look towards the south for the pattern of stars known as the Sickle, it looks like a backwards question mark. The bright star Regulus is at the bottom of the Sickle. From here you can trace out the body of the Lion (it does actually look like a Lion) See a star map here: Leo the Lion.

If you have a telescope, the star “Algieba” (at the base of the Lion’s “neck” and the second brightest star in the constellation) will resolve into an impressive double star. I can just about resolve it, using a 102mm long refractor (see May’s 2021 Space is the Place for more detail).

A harder challenge is to locate the galaxies M95 and M96, or the Leo triplet of galaxies: M65, M66 and NGC3628. Use the stars of Leo to find your way; Ian Morrson’s  Night Sky Guide for April  will show you how. From my location, it seems that either the sky is not dark enough to positively spot anything or that my current equipment cannot collect enough light to render this collection of galaxies visible. Every now and then I get hints. Note, if you want to see galaxies, the most important requirement is a dark site. (Headline Image M96 – Courtesy of NASA Images).

26th, 27th of April: Early morning, the Moon appears to be close to Venus

Nothing much to see in the evening sky. In the morning sky, Venus is currently the most prominent planet, it shines in the south-east: bright and unmistakable. It makes a nice pairing with the Moon (26th, 27th, of April). Mars and Saturn are harder to find as they are low to the horizon. The planets can be seen in relation to the much brighter Venus, look to the south-east before dawn. From the 7th of April,  Jupiter can be seen as a morning object.  Jupiter will appears to move closer to Venus as the month progresses.

The International Space Station is one of the brightest objects in the night sky. It is not hard to spot and flies-past periodically throughout the year. Fly-pasts tend to swing from PM to AM. Typically it will be in the sky for up to four minutes at a time. It moves slowly across the sky, at first bright and then fading as it moves over the horizon.

As of the 6th of April, no sightings reported until the 14th, best to check NASA’s Spot the Station site for possible sightings later on in April. You may also want to sign up to the Alerts Site – which gives advance warning of the most prominent sightings.