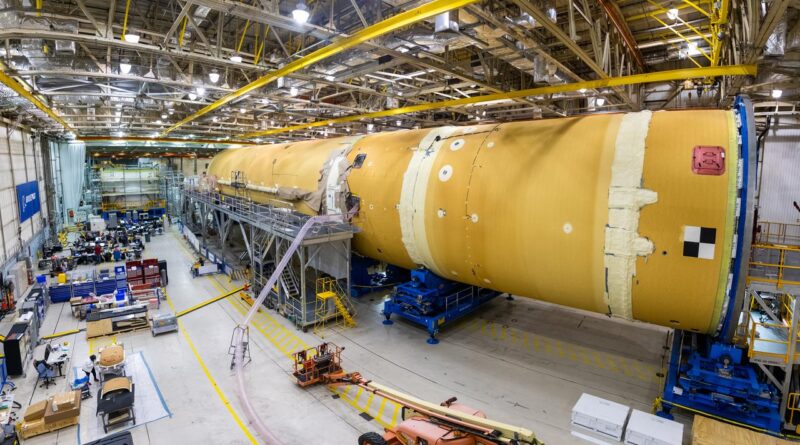 In the Night Sky Over Belper: Space Missions for 2022 – everybody is going to the Moon. Jupiter shines in the evening, Venus moves to the dawn sky. Get ready for Star count 2022.

2022 shows the signs of a new race to the Moon, with both China and the USA announcing plans. ARTEMIS, the USA mission to the moon was delayed last year but now seems to be going ahead again, all-be-it with a revised schedule. China (in an alliance with Russia) aims to have an unmanned Lunar Research Station on the Moon by 2027, facilitating human exploration by the 2030s.

Other missions include more probes being sent to asteroids, a rover being sent to Mars and, most exciting for astronomers: the expectation of the first images from the James Webb Space Telescope and a flypast of Jupiter’s icy moon, Europa.

March is also a potential month for the re-timetabled launch of the ARTEMIS -1 rocket. This mission is designed to send an uncrewed space capsule to orbit the Moon. This is the first stage of NASA’s mission to return astronauts to the Moon and is a big test for the Space Launch System which will be used to take them there. (Headline image: Space Launch System Corestage-1 (Artemis-1) in production. Courtesy of NASA images).

Russia intends to send a lunar probe to the South pole of the Moon. This will be Russia’s return to Lunar exploration after a 46 year absence. Its last probe, Luna 24, was launched in 1976.

India also intends to send a probe to the Moon. Its last attempt ended in failure, they are hoping for better luck with Chandrayaan-3

South Korea plans to launch a probe to the Moon in August. Its first mission to the Moon.

The United Arab Emirates intends to land its Rashid rover on the Lunar surface – in conjunction with a Japanese company (ispace) that wants to develop Moon-landers. The Rashid rover will be part of the cargo of ispace’s first Moon landing.

NASA will be launching a probe to study the Psyche Asteroid. The asteroid is made up of solid metal. NASA is hoping that the asteroid will reveal clues about the development of planetary structures in our solar system.

NASA will complete the DART mission. The aim is to knock the “moonlet” of the asteroid Didymos off its orbit. An attempt to prove whether it is possible to redirect asteroids that may be headed towards collisions with Earth.

The Juno mission will fly by Jupiter’s Moon, Europa; hoping to get a close up view of the ice covered moon.

A collaboration between the European Space Agency and Russia intends to launch the Rosalind Franklin robotic rover to Mars. The aim of the rover is to search for past life on Mars.

CPRE, The Countryside Charity, will be inviting people to join in their annual Star Count; taking place between 26 February and 6 March.

It is easy to take part – you can do your Star Count from your garden, balcony, doorstep or even bedroom window! All you have to do is count the stars you can see in the constellation of Orion.

Clouds obscured both the Geminids Meteor Shower on the peak nights and the Quadrantids. Leading to frustrating nights waiting for the clouds to clear, which sadly they failed to do.

Comet Leonard was always going to be a challenging object to see, being low down in the sky and close to the horizon. In December I took to higher ground, but was not able to spot the comet with the naked eye or binoculars.  People in the southern hemisphere got better views. Reports suggest that, in the northern hemisphere at least, Comet Leonard was a good target to image for astrophotographers, but sadly never got bright enough for easy visual observation.

There is a full Moon on the 17th of January.

A crescent Moon will appear to be close to Venus in the early morning of the 29th of January.

Jupiter shines brightly in the early evening sky, look southwest to see it, It sets around 8pm.

Saturn is to the right of Jupiter and in the same area of sky but sets earlier. By mid- January it will be out of sight.

Mars is now a morning object, much reduced in brightness from its splendour this time last year. Look for it from 6.00am onwards, in the southeast, where it appears to be close to the planet Venus.

Venus moves from the “evening star” to the “morning star” around mid-month. Look for it on the 29th when it will appear to be near the crescent moon (around 6.30am, looking southeast).

After the 6th of Jan, there are no reports of ISS sightings until the 18th of January

Check at Spot the Station for sightings after January the 18th.

It is also possible to sign up to the NASA Space Station Alerts service for advance notice of when the ISS will be visible. The alerts service will notify you of the better sighting opportunities, that is, when the ISS is high in the sky and is visible for long enough to give you a good chance of spotting the station.