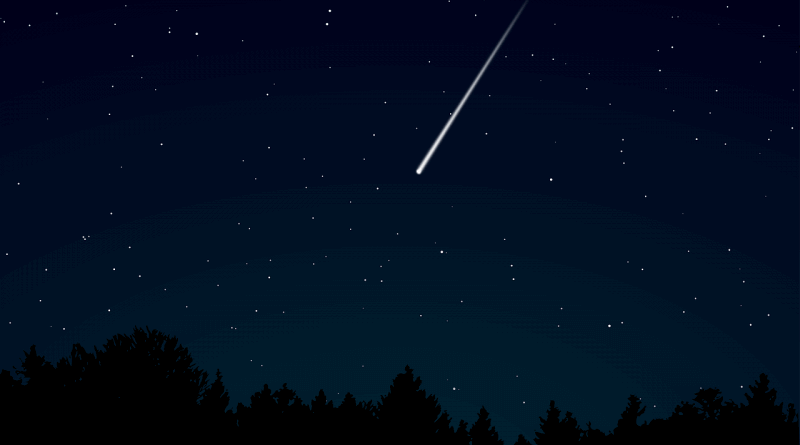 In December’s Night Sky: Look out for meteors; try and find Comet Leonard; Venus, Jupiter and Saturn are still on view. The Winter Solstice is on the 21st.

The Winter solstice, the shortest day of the year, takes place on the 21st of December.

I haven’t seen it yet, but the comet is currently being reported as a binocular object. Unfortunately the comet is quite low down in the sky, making observation difficult.  In the evening sky it may be located in the southwest, appearing to be below Venus. In the early morning sky (around 5.30am) it can be seen by looking east. The comet will appear to be close to the bright red star Arcturus between the 5th and 8th of December and this is probably the best chance of locating it.  The comet is expected to become brighter as we get closer to Christmas. However, by this stage, it will be even closer to the horizon and difficult to see from the UK (unless it reaches naked eye visibility, which it may do).

Check out the Society of Popular Astronomy Comet Section,  for more information, location maps and updates.

The Geminids Meteor Shower will peak on the night of Monday the 13th of December going into the early morning hours of Tuesday the 14th. The Geminids is a good meteor shower and, at its peak, produces more meteors per hour than even the Persieds. Geminids are unusual in that the meteors are the debris from an asteroid rather than a comet and, as a consequence, they tend to produce bright and relatively slow moving meteors.

Seeing will be poor on the 13th, as the Moon is also out on that night. Going into the early hours of  Tuesday the 14th, the Moon will set around 2.00am. For the dedicated, or those who rise early, this gives about 3 hours of good viewing before sunrise.

As long as the clouds stay away this could be one of the highlights of the year. The predicted rate is around 100 – 120 meteors per hour,  you won’t see this many but on the peak night you should expect to see a meteor every 10 – 20 minutes or so.  As always, find a dark site to view from, try to see as much of the sky as possible, look up, and be patient.

It is also worth looking for Geminids on any clear night up to the 13th / 14th  and for a couple of nights beyond that.

The  last meteor shower of the year is the Ursids. This is a small meteor shower that sometimes performs well. It is visible from the 17th of December to the 22nd. At its peak (December 22nd into the morning of the 23rd) it may produce up to 25 meteors per hour. However, a nearly full Moon will be out at the same time – considerably reducing visibility.

8th and 9th December: A crescent Moon appears to be close to Venus

Jupiter shines brightly in the southern part of the sky. Binoculars will show its moons, and a telescope will show a disc and some detail (e.g. banding). The famous great red spot (GRS) is hard to see; you will need a GRS spotting guide to know when and where to look. See October’s Space is the Place for more details.

Saturn is to the right of Jupiter and in the same area of sky. A telescope will show its rings, one of the most pleasing sights in the night sky. Catch it while you can.

Venus shines in the south-west in the early evening. It is  low down, but bright and unmistakable.

The crescent Moon appears to be near Venus on the 8th and 9th of December. When darkness falls, and if you have a low horizon, this is a good time to observe the planet through a telescope, as Venus is also in a crescent phase.

At the moment, Venus can also be used as a marker to locate Comet Leonard in the early evening sky (see above). If you cannot see Venus from your location you are not going to be able to spot the Comet – which lies in the region of sky below Venus.

The International Space Station is one of the brightest objects in the night sky. It is not hard to spot and flies-past periodically throughout the year. Fly-pasts tend to swing from PM to AM – and currently it can be viewed in the early hours of the evening. Typically it will be in the sky for up to four minutes at a time – slowly moving across the sky, at first bright and then fading as it moves away from us and over the horizon.

ISS sighting times, up to the 8th of December:

This month it may also be possible to spot Cygnus – the support vessel to ISS. However, I have to say that I have never managed to spot this myself. I will try again, but this time with binoculars to hand.