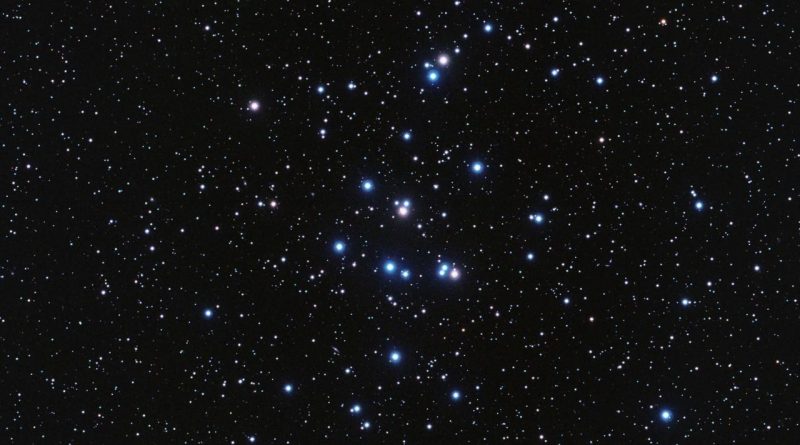 Back in February, the Campaign to Protect Rural England asked people across the UK to help map the nation’s view of the night sky. I took part in the count (see March’s Space is The Place) and on one evening noted 13 stars in the constellation of Orion and on another, 14.

The CPRE reports that 7,845 counts were submitted throughout the UK and the results (now in) show a drop in severe light pollution compared to 2020 – with lockdown likely to be the explanation.

Here’s is a summary of their results:

Every count has been recorded on the interactive map available from the CPRE website here: Starcount 2021 Results.

One of the effects of light pollution is that deep sky objects like the Beehive cluster (Messier object 44) are harder to see. From my back garden the Beehive cluster can just about be discerned as a faint “smudge” but only after locating it first with binoculars. In binoculars it opens up into an impressive cluster of stars. It is one of the few astronomy objects that actually looks like its description: it is easy enough to imagine a swarm of bees surrounding a hive.

Our nights are getting lighter now, but the cluster can still be seen. To locate it is best to look to the south-west on a dark night. 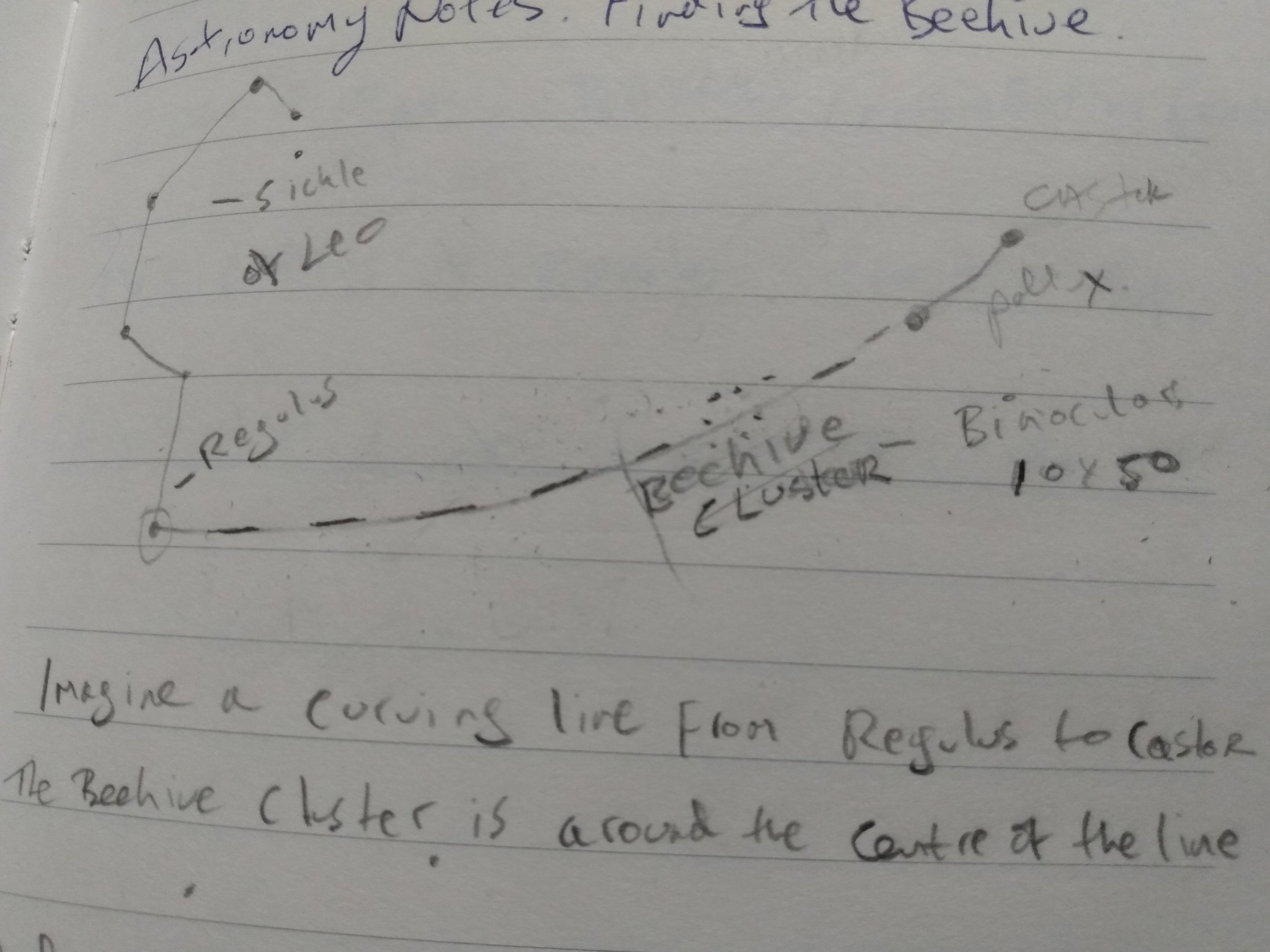 Locating the constellation of Leo, draw an imaginary line between Regulus (the bright star at the bottom of the “sickle” asterism in Leo) and the stars Castor and Pollux (in Gemini). The Beehive cluster is around halfway on this imaginary line. See the sketch for a rough idea.

If the sketch does not work for you there is a star chart here: Society for Popular Astronomy.

As the star chart shows, the Beehive cluster (or Praesepe) is actually in the very faint constellation of Cancer the Crab. Once located it can be easily found again, and, using binoculars, it is one of the more pleasing clusters in the night sky. See headline image above: Bees in the Beehive, (courtesy of NASA images).

Around 21st to 22nd of April the annual Lyrid meteor shower is at its maximum. Viewing should be OK (there is a Moon, but it is at the quarter stage so not too bright). Look upwards towards the north-east on the night of the 21st going into the 22nd, from around 11.00pm onwards.

It should be noted that the Lyrid’s only produce about 15 meteors per hour, so lots of patience will be needed to see one.

Dates to note this month include:

14th and 15th of April, the crescent Moon, above the north-west horizon as twilight darkens.

15th April, the crescent Moon will appear to lie between the open star clusters of the Hyades and the Pleiades (best seen through a pair of binoculars).

On the 16th, the crescent Moon appears close to Mars, and on the 17th it’s just to the right of Mars.

27th of April, a bright Full Moon (this is also designated as a supermoon).

Mars – In terms of the evening sky, Mars is the only planet readily visible to the naked eye. It can be seen high up and towards the west as darkness falls.

Mars will be close to the crescent Moon on the 16th and 17th of April.

On the 26th, Mars can be used as a pointer to the open star cluster M35, which sits in the constellation of Gemini.

Venus – Later in the month, it may be possible to glimpse Venus just after sunset. But the planet is very close to the horizon and will be difficult to see for some time yet.

Jupiter and Saturn – The planets appear in the morning sky, just before dawn. Both planets appear close to the horizon and, as a consequence, will be difficult to observe.

No sightings are notified between the 9th of April and the 22nd.

Check at Spot the Station for further details and for sightings in April after the 22nd.

The Derby and District Astronomical Society meetings are now online. The society’s next Introduction to Astronomy evening will be held on Friday 23rd of April, from 7.30 pm on Zoom. DDAS member, Mike Dumelow, will be showing you how to get the most out of your telescope