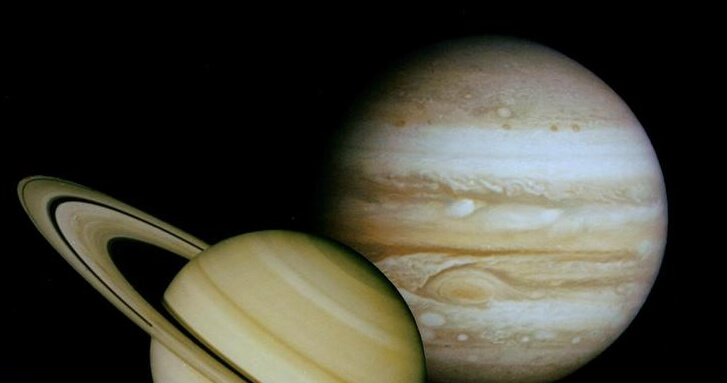 In the Night Sky Over Belper. December brings: The Geminids meteor shower, the conjunction of Saturn and Jupiter. Mars still shines in the south and Venus is the morning “star”.

China To Bring Back Moon Rock

On the 1st of December, China landed a probe on the Moon and is now on schedule to successfully bring back nearly 2kg of surface materials from the Moon, including rock samples.

The spacecraft Chang’e-5 was specifically designed to collect material from the lunar surface and then to transport it back to Earth. China is only the third country to collect lunar samples, the others being the USA and Russia. If the mission is successful, these will be the first rock samples to be collected from the Moon for over 40 years.

The mission shows China’s increasingly sophisticated and ambitious space programme. China’s first probe landed on the Moon in 2013, and in 2019 China successfully sent a probe to the far side of the Moon. China plans more missions over the next decade, and has ambitions to land on the Moon and to build a manned lunar base by the mid 2030s.

NASA is also embarked on a mission to the Moon. In 2021 NASA expects to launch the Artemis 1 Moon orbiter, the first stage towards its aim of putting astronauts back on the Moon by 2024.

The Geminids Meteor Shower will peak on the night of Sunday the 13th of December going into the early morning hours of Monday the 14th. Seeing will be good as the Moon will be out of the way on that night. The Geminids is a good meteor shower and, at its peak, produces more meteors per hour than even the Persieds. Geminids are unusual in that the meteors are the debris from an asteroid rather than a comet and, as a consequence, they tend to produce bright and relatively slow moving meteors.

The best time to see the Geminids will be after midnight on the 13th and into the early hours of the morning on the 14th.

The highest rate of meteors per hour is expected on the 13 / 14th, however it is worth looking up at the night sky any clear night up to the 13th, and for a couple of nights beyond that.

As long as the clouds stay away this could be one of the highlights of the year. The predicted rate is around 120 meteors per hour,  you won’t see this many but on the peak night you should expect to see a meteor every 10 – 20 minutes or so.  As always, find a dark site to view from, try to see as much of the sky as possible, look up, and be patient.

Welcome in the new year with the Quadrantids Meteor Shower. The Quadrantids are always worth a look, although the rate of meteors per hour is not as high as December’s Geminids, a session of viewing is often repaid by seeing one or two meteors per hour. The Quadrantids can produce bright meteors, some with long trails. Best viewing will be on Sunday evening, 3rd of January, going into the early hours of the 4th of January. The Moon will be in the way for most of the evening on the 3rd but it will set after midnight and, as a consequence, your chances of seeing a meteor will improve significantly.

The Winter solstice, the shortest day of the year, takes place on the 21st of December.

12th December: A crescent Moon will appear to be above Venus before dawn.

17th December: A slender crescent Moon will appear to be near to Jupiter and Saturn.

23rd December: The Moon will make a nice pairing with Mars.

Mars is still prominent in the south and is well placed for observation throughout December, but this is probably our last chance to get good views through a telescope.

When I looked at Mars through my telescope on the 30th November its disc was noticeably smaller, although I could still see surface detail under high magnifications. My expectation is that it will become harder to discern detail on Mars as the month progresses. Mars is still a pleasing naked eye object though, and will remain so throughout December.

Look out for Mars on the 23rd, when it will appear to be close to the Moon.

Jupiter and Saturn are very low in the sky, however, it is worth seeking out the planets as they are due to reach conjunction on the 21st of December. On that night the two planets will appear to be so close together that they will almost seem to be touching. This is a very rare event, the two planets haven’t appeared this close together for nearly 400 years. In fact they will be so close that it will be possible to locate both planets in the same field of view of a telescope! A great astrophotography opportunity for anyone with the right set-up.

The only problem is that the two planets are very low in the sky, and you will need a clear horizon to see them. To locate the planets look towards the south-west, after sunset and before 6.30pm (which is when the planets start to set below the horizon).

If you can, follow their progress, as night after night they will appear to become nearer to each other – reaching their closest point (conjunction) on the 21st.

(Image above: Jupiter and Saturn, cropped from a NASA photomontage of the planets of the solar system).

The morning “star” shines brightly in the south-east, visible before dawn.  The crescent Moon appears to be close to Venus on the morning of the 12th.

It may be possible to sight ISS in the earlier hours of the evening between the 6th of December and the 11th of December. ISS appears in a time slot between 4.33pm and 6.10pm.

Check at Spot the Station for further details and for sightings in December after the 11th.

The Derby and District Astronomical Society have moved their meetings onto zoom. Their next  “Introduction To Astronomy” evening is scheduled for the 18th of December and they will be discussing the “Science of Santa”. They will be holding their annual quiz night in the New Year, on the 8th of January, 2021. Contact the society for further details and zoom links for meetings via email: secretary@derbyastronomy.org