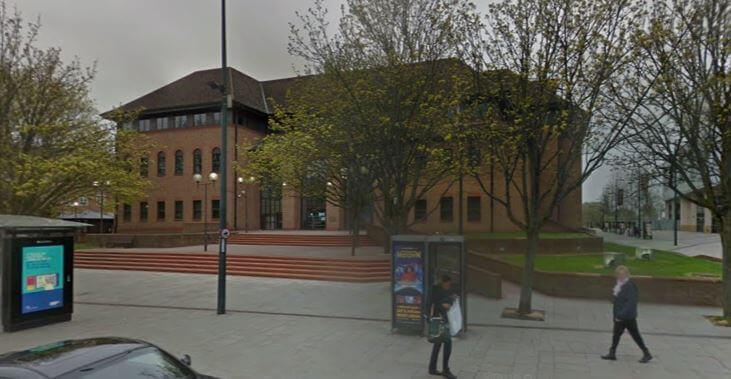 Rhys Hancock appeared at Derby Crown Court on Monday 6th July via videolink from HMP Nottingham, where he pleaded guilty to both murders.

Officers found Helen Hancock (nee Almey), from Duffield, and Martin Griffiths, from Derby, at her home in New Zealand Lane, Duffield, in the early hours of New Year’s Day.

When police arrived in Duffield Martin Griffiths was dead but paramedics tried to save Helen Hancock for 15 minutes.

At an earlier inquest, Derbyshire’s Senior Coroner Dr Robert Hunter said: “Helen Hancock had suffered multiple stab wounds, some of which indicated the use of severe force.

“A knife was recovered from the abdomen. The whole of the knife being within the body.”

Rhys Hancock, of Portland Street, Etwall, was arrested at the scene after calling 999 himself, and was later charged with two counts of murder.  He entered no plea at the pre-hearing.

Rhys Hancock is the former head teacher of Stanton Vale Special School, near Long Eaton.  He never lived at the house in Duffield.

He will be sentenced at the same court at a later date.

Derbyshire Constabulary referred itself to Britain’s police watchdog, the IOPC “due to contact between Mrs Hancock and officers prior to the incident”.

At least 2 women a week are murdered by a current or ex-partner in England or Wales.  This has more than doubled during lockdown.  Non-fatal domestic abuse of all forms has also increased during lockdown.  If you are at risk please contact Refuge on their free 24 hour helpline:0808 2000 247
For in person help, during shopping hours, you can ask for a private consultation in Boots.

Many criminal proceedings are occurring by videolink during the coronavirus crisis to protect those involved from infection.  Judges, magistrates, legal advisors, court associates and essential court staff are all present in the courtroom. The court can require the defendant’s presence, but the defendant, prosecutors, defence, probation, liaison and diversion, youth offending teams, and interpreters are all required to join the courtroom by videolink using the Cloud Video Platform (CVP), Victims of crimes may attend court if they choose to.  There is no official guidance on witnesses.