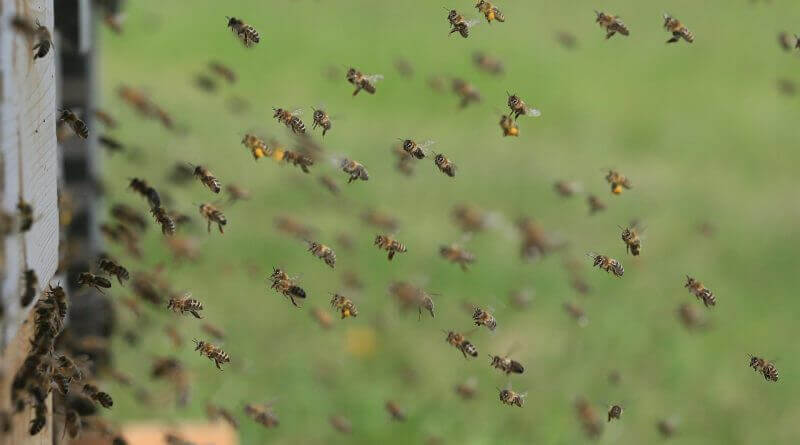 By Jackie and Alastair Blackett

Do you think about the bees in your garden? Where do they live? What about the honey they produce? Local beekeeper Chris Ring takes a keen interest in these matters and this began in the mid 1990s when he lived in Somerset. He loved honey and wanted to get closer to nature. It was something totally different to his work which then required him to look at computer screens for much of the day. Chris later moved to Yorkshire where he took up beekeeping seriously, and established his hives just south of Bradford in a church yard for around three years.

In 2009 Chris moved to Belper, where he met a fellow beekeeper who became his mentor. An opportunity arose to set up some hives in an orchard at Duffield. The orchard’s owner was keen to have bees as they would help it to become properly established. 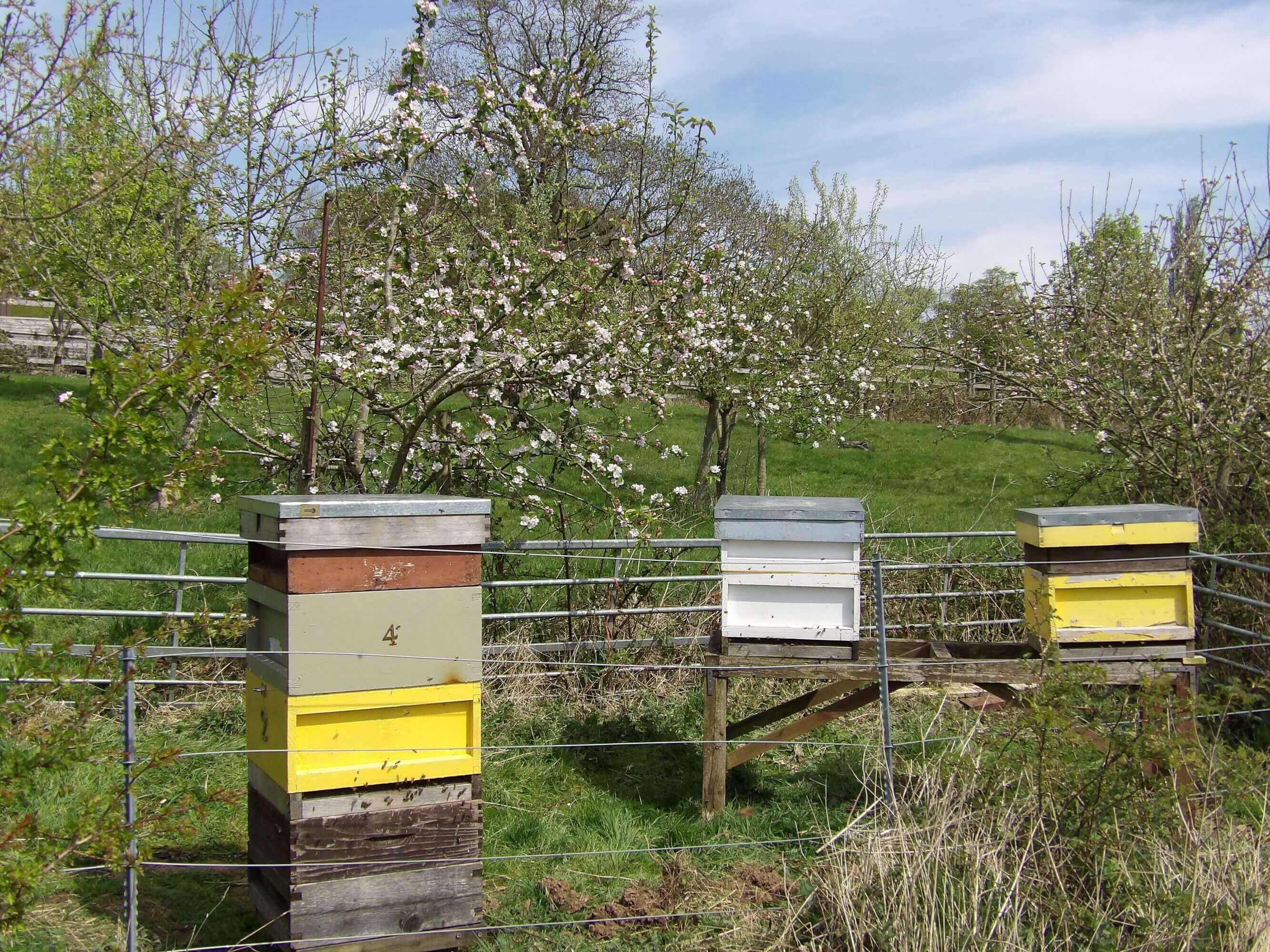 Chris told us that we are now approaching the busiest time of the year for beekeepers, late spring into early summer. Colonies of bees will be growing rapidly to raise their young. 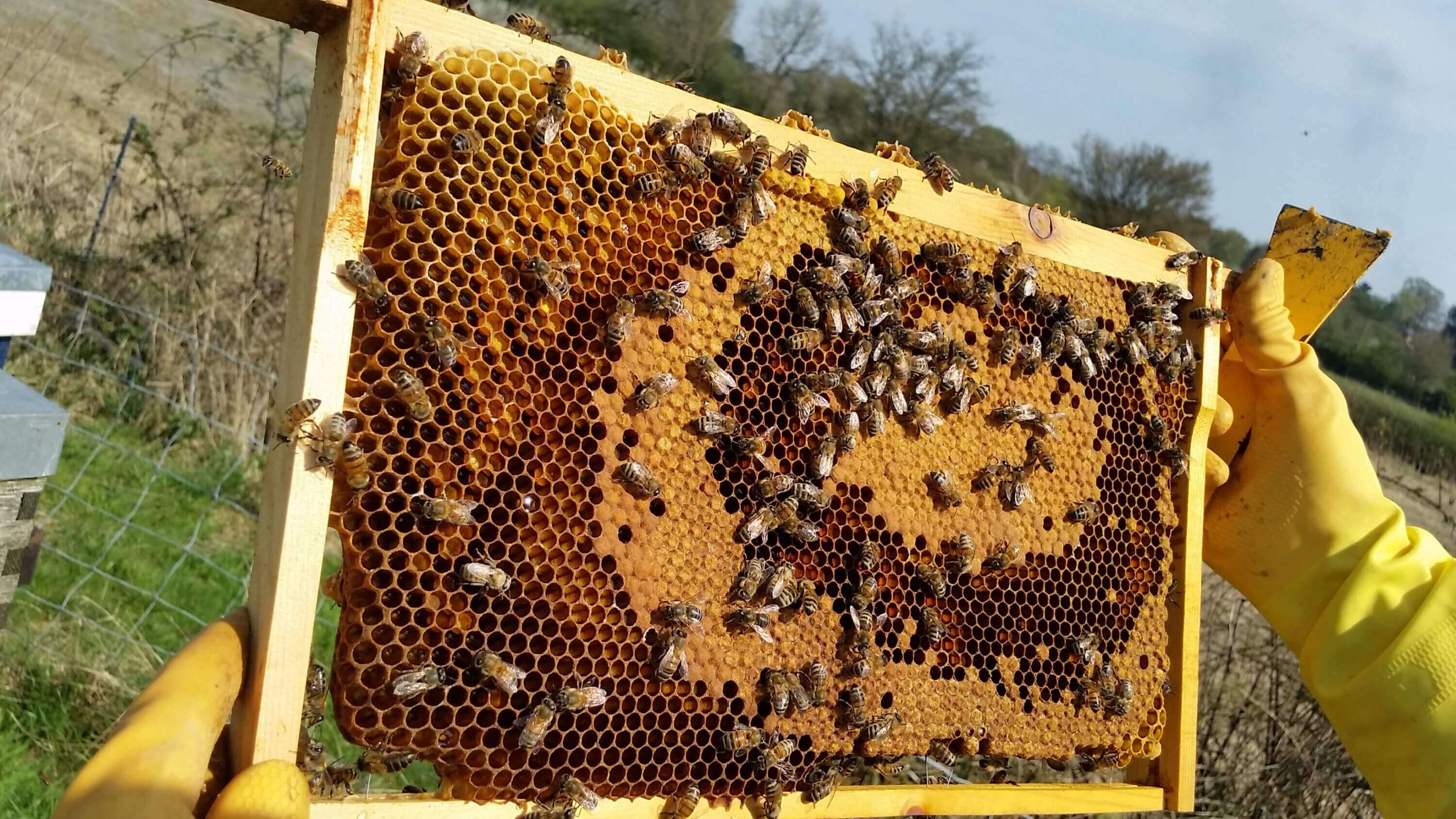 Bees will be gathering pollen from flowers such as dandelions, and trees and shrubs such as hawthorn. They will be exhausted after surviving the winter and will require a lot of care and food. If the weather is bad and they are unable to gather sufficient pollen and nectar, it may be necessary to feed them. Chris would usually feed them a concentrated sugar syrup to ensure that they have plenty to eat. He is keen to prevent them from swarming, which is what they naturally tend to do in late spring, as it is their way of reproducing the colony. Neighbours would understandably be concerned if the bees left the hive and swarmed around the area. Chris advises that keeping the hives cool and, if need be, splitting the colony also helps to avoid the swarming.

We asked him how he was managing with the current social restrictions from the Covid-19 pandemic. He told us that beekeepers have a special dispensation to visit the hives as they are ‘considered as livestock’ by Defra ‘and can be tended accordingly’. He visits when required, usually around once a week, but does as much as he can from his home to minimise social contact, e.g. constructing new bee hives.

We talked about bees in general with Chris. He told us that between 2007 and 2013, bee colonies emptied unexpectedly, known as Colony Collapse Disorder. Although this has died down significantly, wild bees, in particular bumble bees, are threatened along with other insect life. Honey bees are in a sense something of an exception. Beekeepers are getting better at managing their hives. This is just as well as Chris considers that the job is getting harder. There are more pests than there used to be, notably the Asian hornet, pesticides are increasingly used and there are the effects of climate change to consider. This is apparent in Britain, where mild winters and wet springs are disrupting the natural annual cycle of rapid colony expansion in spring, maturity in summer, and a much more quiescent period in winter where colonies don’t raise brood. Earlier and often wetter springs can lead to starvation if bees can’t gather food for a rapidly developing brood, and warmer winters mean that queens lay for longer and the colonies have to work harder. Elsewhere, the recent fires in Australia have destroyed an unknown number of beehives, and are likely to reduce the available forage for bees for years to come. In tropical countries, desertification, and loss of tree cover are having a similar effect, although there is great work being done in countries in East Africa to mitigate habitat loss by the planting of new trees.

All of these factors make beekeeping increasingly challenging. Nonetheless Chris still enjoys his hobby being part of nurturing the natural practical world selling his honey and chatting to his customers.

We asked Chris what sort of plants would be helpful to bees in our gardens. He recognised that we all have different sizes of gardens or none at all. A farmer may have 10,000 acres to plant or graze cattle. However, domestic gardeners can grow lots of bee friendly plants eg. Hellebore, Crocus and Forget me nots. Also recommended were fruits such as apples and pears as well as Hawthorn. Later in the year, he told us that there were lots of suitable flowering plants including poppies, Rosebay Willowherb and shrubs including heathers and ivy – especially valuable in the autumn. See https://www.bbka.org.uk/gardening-for-bees for further information.

Another good way to help local beekeepers (and bees) is to offer them a site for their hive in your garden. The local Beekeepers Association can offer advice on suitability. Chris also advised that he was a swarm collector for Belper. In other words he could be called upon if a swarm of bees was detected in and around Belper. (Contact details of identified collectors are held by the British Beekeepers Association, and can be accessed at https://www.bbka.org.uk/swarm )

One thought on “Beekeeping With Chris”