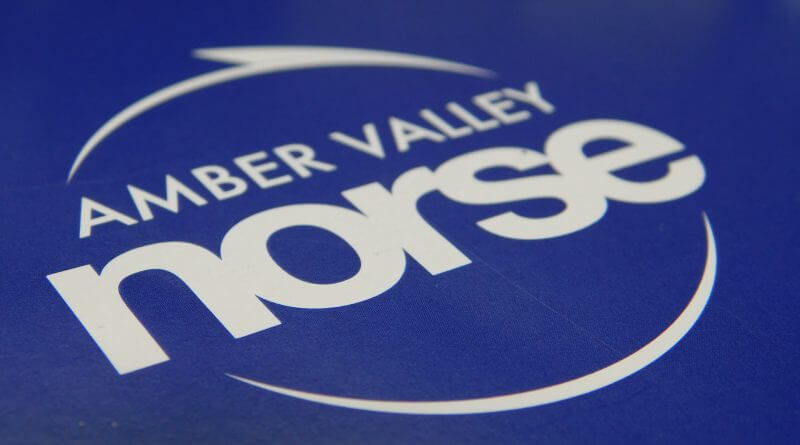 Details of Amber Valley’s new bin collection contract have been revealed in a leaked document.

The document, drawn up by Norse Group, owned by Norfolk County Council, details how the firm would join forces with the borough council to form a joint company part-owned by both organisations.

It details that the new contract could cost £1 million more a year than the current contract with Veolia, which is £2.6 million, at £3.76 million annually.

There are no proposed changes to the borough’s current bin collections service.

Up until now, all discussions of the council’s new bin collections contract have been held privately behind closed doors – unlike Derbyshire Dales which held numerous public meetings during its contract talks last year, ending in December.

The Amber Valley contract is expected to be 10 years – at a total cost of £37.6 million – and start in June.

Amber Valley Borough Council would only have a 20 per cent share in the company – to be called Amber Valley Norse – but would take 50 per cent of the profits, the document details.

Norse says that it could negotiate a seven-year contract instead – which would be in line with the lifespan of the waste collection vehicles.

It says it would pay for the new waste collection vehicles, which would include 18 bin lorries and six support vehicles. The borough’s current fleet belongs to Veolia.

The firm, based 150 miles away in Norwich, says that Amber Valley would need to set up a new waste collection depot somewhere in the borough.  The new contract will be run from Amber Valley, not Norwich.

This depot would need planning permission and be built in time for the start of the new contract.

It would also require a transfer station, storage for bins and staff welfare facilities.

Norse says it “may request Amber Valley Borough Council to provide investment capital for a depot site” but that “in the unlikely event that the partnership was to finish earlier than expected, Norse would ensure AVBC was able to retain use of the site and thus continue to benefit from the investment it had made”.

Talks over where to build a new depot are said to have included a site off Leafy Lane in Heanor – but this has now been ruled out.

The document appears to detail that the proposed depot and transfer station would be rented to the council.

As part of the contract, the council would be asked to pay Norse a management fee of around £2 million over the proposed 10-year contract.

Norse says in the leaked document that: “Further services could be transferred into the Amber Valley Norse Ltd partnership in the future at the discretion of the council, these could include grounds maintenance and street cleansing, or similar.”

Norse also says: “These are extremely challenging times economically for public sector organisations across the UK.
“With severe cuts in public finances, never before has there been so much pressure on senior managers in local authorities to deliver savings in front-line services – finding efficiencies and innovative ways of working, while avoiding a major impact on the communities they serve.

“By working in harmony with Norse Group, Amber Valley is looking to increase cost efficiency and raise standards of delivery, protecting front-line services and ensuring value for money for its residents.”

A debate at full council last week, led by the Conservative opposition councillors, aimed to gain more details on the contract.

During the debate it was claimed that £51,000 has been spent on consultants and advice to help the council gain the best bin collection contract. This figure has been confirmed by AVBC, with clarification that these fees were approved and spent by the previous (Conservative) administration, before the current council gained control of the borough last May.

This was to be a form of keeping the service partially in-house instead of fully outsourcing – which the borough council currently does with Veolia.  AVBC told Nailed, “with the contract up this June, we had very few options, but feel we have chosen the best option available.  Given the short timescale, it was not possible to bring the service completely back in house.”

Veolia is said to not have submitted a pitch to retain the contract because of this agreement.

It is said to have written a damning letter to the council outlining why it did not submit a pitch – but the authority will not release that letter due to confidentiality reasons.

The letter is said to say that Veolia did not pitch due to a “lack of transparency” over the tender and that it was not confident its proposals would be considered “on an even footing”.

Councillors also questioned why the initial proposed tender, discussed by members last August, was said to be £17.5 million – half the amount of the new tender.

Cllr John McCabe, the borough council’s cabinet member for the environment, said at full council: “All staff would be protected in this agreement and Norse has a good relationship with its employees.
“We would have a 20 per cent share but equal voting rights to Norse, this means the council will have a very high level of control in the venture.
“Norse will not seek to make service changes.”

He also said there were no plans for a “super tip” in Amber Valley and the borough would not be accepting waste from other council areas.

Mr Emmas-Williams said in full council: “While you (the Conservatives) were in control you took a decision to approach companies and go out to tender. It was you who took us down this route and we were left with no option.

Cllr Kevin Buttery, leader of the council’s Conservative group, said: “The fact that it was going to be more expensive is something we all knew. The cost of recycling has gone up so there was always going to be a difference in cost.
“We have got to get a depot and transfer station in place by June and I am concerned that this won’t happen.”

This article has been edited from its submitted form by the Editor-in-Chief to add important details.