Officers would like to trace the man in this image in connection with the theft of a car in Derby, and a number of other thefts in Belper. Can you help to trace him? 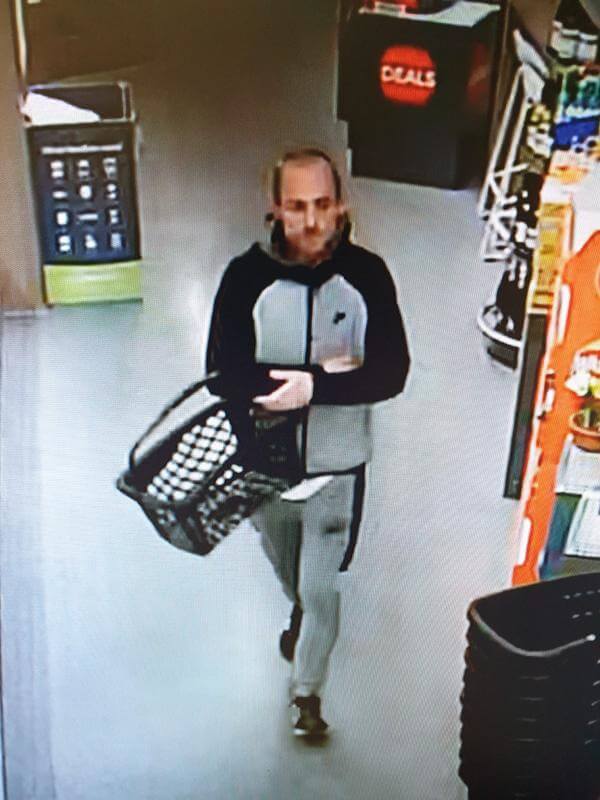 A white Audi A4 was stolen from outside a home on Dean Street in Derby between 5.30am and 6.30am on Saturday 1 February.

Food and alcohol was then stolen by a man from a Co-op store on Sandbed Lane in Belper a short while after, between 7.30am and 7.40am. He was last seen getting into a white coloured Audi.

At 8am we received reports of the theft of fuel from the Jet Petrol Station on Nottingham Road in Belper, where a woman filled a white Audi with diesel, and got back into the car which was driven off by man without paying.

Between 12pm and 3pm the following day, Sunday 2 February, two men were reported to have been acting suspiciously in the Kilbourne Road area of Belper, and a Stihl saw was stolen from a driveway of a home.

The men were seen to get into a white Audi, which officers believe may have been the same car.

Do you recognise this man or do you have any information which could help with inquiries into any of these incidents?

If so please get in touch using one of the following non-emergency contact methods.

Please quote the reference number 2*62976 and name of the officer in the case, PC Ruth Platts, in any correspondence.