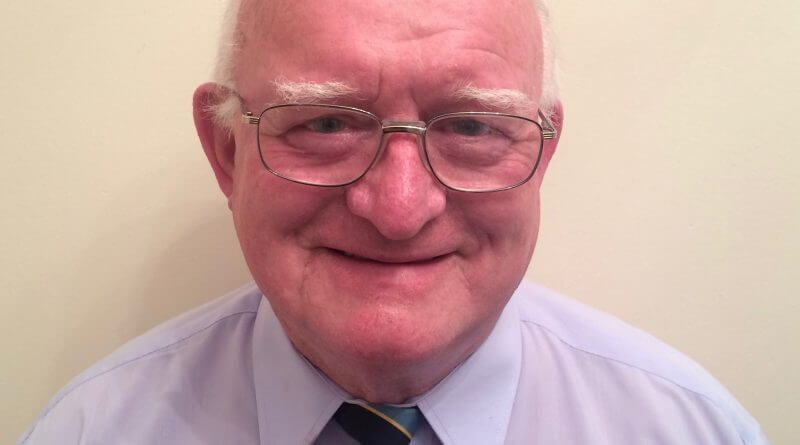 An “exceptional, knowledgeable and committed” former mayor of Amber Valley and long-serving councillor has died aged 75.

Cllr Norman Bull, who had served the Kilburn, Denby and Holbrook ward for Amber Valley Borough Council for a combined 28 years, passed away on Friday 31st January.

A Holbrook resident, Cllr Bull served for the borough council in three separate stints – first elected to the authority in 1979 – and was still a sitting Conservative councillor of the authority.

Cllr Bull had also sat as mayor of the borough in 2006 and has also served as chair of the authority’s planning committee.

He had still been working as a taxi driver up until his death, was a keen domino player and was Derby County season ticket holder.

The borough council flag on the authority’s Ripley headquarters will be flown at half-mast until after Cllr Bull’s funeral.
Cllr Kevin Buttery, leader of the Amber Valley Conservative group, said: “This has come as a great shock to us all, Norman was always a very active, positive, ‘can do’ type of councillor.
“He was committed to his community and played a significant role in bringing positive changes to Amber Valley throughout his time on the council.
“He was a valued colleague with a great sense of humour and always left you in no doubt what he was thinking.
“He will be very sadly missed and our thoughts and prayers are with his wife, Diane, and family at this very sad time.”

Cllr Trevor Ainsworth, Cllr Bull’s fellow ward member, said: “I have had the honour of representing Kilburn, Denby and Holbrook ward with Norman for the last five years and always appreciated his depth of knowledge, experience and enthusiasm.
“He was always there for you, willing to help councillors and the public alike. He was a true character who will be sadly missed.”

He described Cllr Bull as a hard-working councillor with a sharp mind, who always sought to get the best for his residents during meetings.

David Wilson, chairman of Amber Valley Conservative Association and fellow borough councillor, said: “I have campaigned and worked with Norman over many years and his death will be a big loss to the council, his family and his council colleagues, from both sides of the chamber. We will all miss him greatly.”

John Nelson, a former colleague of Cllr Bull’s at borough level and on Belper Town Council, said: “I have known Norman since my school days and worked with him for over 30 years on both the borough and Belper Town Council. He has been a brilliant servant to the community and an exceptional councillor.”

Cllr Chris Emmas-Williams, leader of the borough council and Labour group leader, said: “It has come as a complete shock and we were concerned last Wednesday, as I was told he had not been to the last couple of planning meetings and asked fellow members how he was.
“Norman was a previous mayor, former chairman of the planning board and member first being elected in 1979.
“I always found him a hard-working councillor, representing the residents of Kilburn, Holbrook and Denby at every opportunity.
“He will be sorely missed for his experience and candid views. On behalf of all the members and staff at Amber Valley I would like to express our sincere condolences to his family and his fellow councillors.”