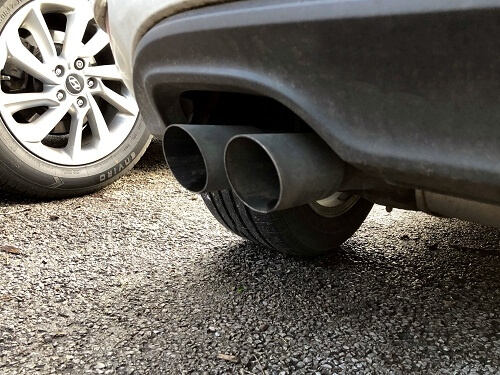 Police are urging motorists in Derbyshire to be alert following a number of catalytic converter thefts in the county, and in neighbouring counties.

A catalytic converter is a device on vehicle exhausts that reduces the toxic gases and pollutants. Precious metals must be used because the converters have to work efficiently enough to meet emissions standards.

These catalytic converters, sometimes called cats, are stolen because of the value of the precious metals found within them.

During the past 12 months, 137 offences have been reported to Derbyshire Constabulary, which has been gradually increasing over the yearwith the number increasing month by month. The thefts have been from vehicles usually parked in large car parks and across the county, including in Derby, Chesterfield and Glossop.

The most recent theft took place sometime between 6.30am and 4.30pm on Wednesday 8 January from a Toyota Auris, parked in the car park at the Royal Derby Hospital on Uttoxeter Road in Derby.

The driver realised there was a problem with her car as she drove it home, and took it to a mechanic who noticed the Catalytic Converter had been stolen.

Detective Chief Inspector Emlyn Richards is the acquisitive crime lead for Derbyshire Constabulary. He said: “Our officers are investigating these incidents and working alongside neighbouring police forces to target concerns nationally about the increase in the thefts of catalytic converters.

“We would also encourage motorists to remain vigilant and to review any security they have around their vehicles to help prevent this type of crime. People can also help us by reporting anyone acting suspiciously around a vehicle to us.”

There are a number of steps motorists can take to reduce their chance of becoming a victim, including:

If possible, park in a garage or in a position where it would be difficult to access the underside of the vehicle near the exhaust.

Consider marking the catalytic converter with a serial number to identify it, and register it on sites such as Immobilise.

Consider installing protective coverings over the converter. This may not prevent it from being stolen, but would make it more difficult and slow down the process.

Good quality lighting near to your vehicle will improve natural surveillance and can act as a deterrent.

If you see anyone acting suspicious/appearing to be working on a car in a public car park, please report it to the police.

The cars that are most often targeted are hybrid vehicles, as the catalytic converter is used less frequently. The metals they use are less likely to corrode, meaning they are worth more.

Prices for certain precious metals have increased in the last 18 months, which officers believe has led to an increase in thefts.

Det. Ch. Insp. Richards added: “As part of our campaign to target scrap metal theft our officers are proactively stopping collectors and visiting dealers to check they are operating legally and responsibly, and have the right documentation.

“Scrap metal dealers can also help us to be aware of this trend and mindful that if they are offered a catalytic converter or exhaust system, and have any doubts about where it may be from, to contact police.”

If anyone has any information about crime, or to report suspicious activity, please contact the police using one of the following non-emergency contact methods: