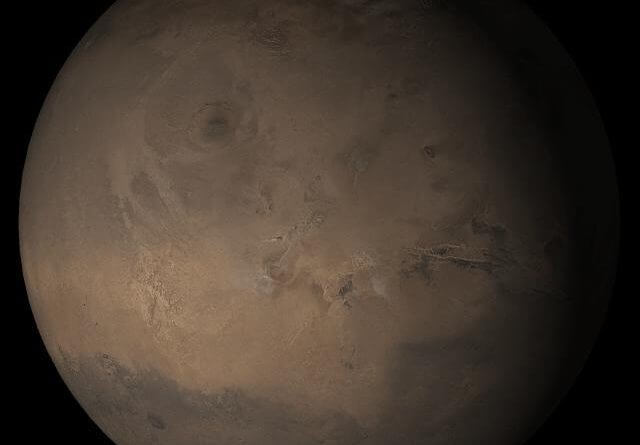 In the Night Sky Over Belper: Venus is the “evening star” in the south-west and Mars appears in the morning sky before dawn. Look out for the Starlink satellites, as SpaceX starts regular launchings.

Space X, a company owned by Elon Musk, intends to launch up to 12,000 mini- satellites by the mid 2020s The satellites will, ultimately, provide a vast telecommunications network. They are being launched regularly in batches of 90 around every two weeks throughout 2020.  When viewed after launch, the satellites appear to form a train (a line of satellites parading across the sky). Over successive nights they spread out and, as they reach higher orbits, will become less visible.

I have yet to see the Starlink satellites, they have been seen over Derbyshire but cloudy nights prevented my observations over Christmas and into the New Year. Heavens Above is tracking the satellites and will give the time, direction, and brightness of any sightings.

I will be writing more about the Starlink satellites and the possible implications for astronomers over the coming months.

The full Moon looked magnificent on the 10th of January. Early on in the evening, from about 5.00pm, the Moon illusion (which causes the Moon to look much bigger than normal) was in full effect as the Moon was low in the sky, just over the horizon. Try and catch this on the 11th and the following nights – it really is worth seeing, and far better than the overhyped phenomenon of the “supermoon”

There will be a crescent Moon on the 27th and 28th of January. There is a supermoon on the 9th of February.

Venus shines brightly as the “Evening Star” in the south-west. Look for it from sunset. Venus will appear to be close to the crescent Moon on the 28th of January.  A telescope will reveal that Venus has phases like the Moon, Venus will be “in phase” in February.

Mars (the red planet) is low in the sky, appearing before sunrise in the south-east. On the 19th it will appear to be close to the red star Antares. On the 20th, the Moon will also be close to Mars. This will be a nice sight through binoculars. (Mars image courtesy of NASA).

Only one sighting over the next couple of weeks. Look for the space station on Thursday the 22nd of January at 7.00pm (low in the south-west) . It will only be in the sky for a minute. Check  Spot the Station for further details and for sightings after this date. You can also sign up to the NASA Space Station Alerts service which gives advance notifications of sightings.