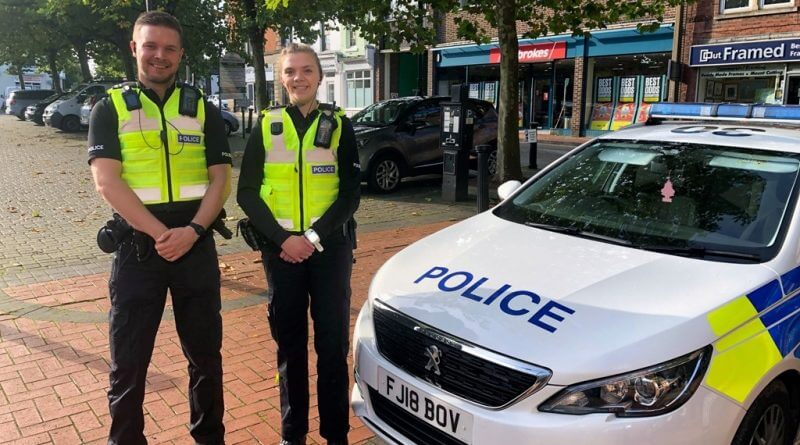 PC Rianne Holland is one of ten officers who joined Derbyshire Constabulary as part of the Police Now programme.

Police Now is an independent charitable organisation which run a two year national graduate leadership training programme which offers a direct entry for graduates into neighbourhood policing whilst instilling a problem solving approach.

The cohort first started their journey back in April with an induction in London, which was followed by an intensive residential training course held at The University of Manchester for six weeks.

They then returned to Derbyshire’s force headquarters to learn about local policing and are now out in their communities where they will remain for the next two years and work towards their Graduate Diploma in Professional Policing Practice with Police Now.

PC Rianne Holland is a part of our Safer Neighbourhood policing team in Belper. She comes to policing having completed a degree in chemistry and post graduate training as a secondary school science teacher.

Rianne has always been interested in policing and was also inspired to join because of a drive to work with the community and help people feel safe.

She has been busy getting to know the local area, meeting residents and community members and finding out about issues and concerns.

Sergeant Gareth Cole, Derbyshire police’s Syndicate Lead for Police Now, said: “As force lead for Police Now, I’ve got to know our 10 Police Now officers very well over the last nine months. Rob, Rianne and all the officers have worked extremely hard to get to this point and faced many challenges due to the unique nature of the entry route they’ve chosen.

“I’m really excited for them to continue their policing journey and really embed themselves in their communities as I believe they will be able to make a real difference to the lives of the people of Derbyshire.”

There are three entry routes into policing due to national requirements for officers to hold a degree level qualification. These are:

You can find out more information about careers with Derbyshire Constabulary on the website: www.derbyshire.police.uk/careers.