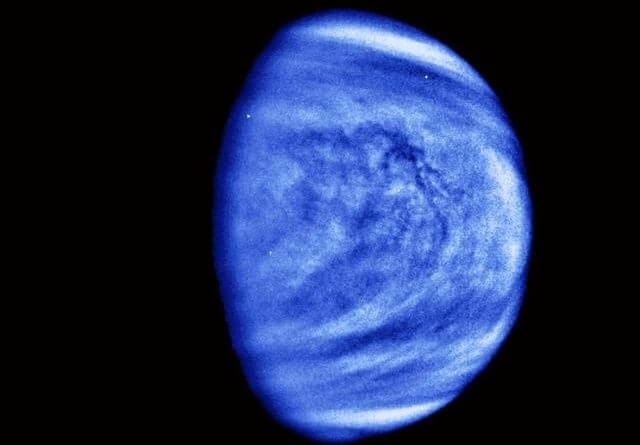 In the December, Night Sky Over Belper: The Geminids meteor shower. A full Moon on the 12th. Venus appears as the “evening star” in the south – west.

We should also be able to see Geminids in the lead-up to the peak nights. Start looking from tonight onwards (taking advantage of any clear nights) anytime around 10.00pm and beyond.

For this, and other meteor showers, there is no need to look in any particular direction. It is more important to have a clear view of the sky and to be as far away from street lights etc. as possible.

The Ursids has a predicted rate of around 5- 10 meteors per hour – sometimes rising. They peak on the night of the 21st into the early morning hours of the 22nd. Seeing conditions will be better than those for the Geminids (there is only a crescent Moon in the sky). But, obviously, there are far fewer meteors to be seen.

The Quadrantids is a good meteor shower with a maximum peak of around 100 per hour (note that the peak rate is a predicted maximum based upon perfect viewing conditions etc. it should be treated as a guide / estimate – you will see far less than this in reality).

There is no Moon in the sky during the shower’s peak on the night of the 3rd of January into the early morning hours of the 4th. Give it a go, and you may be able to see the bright meteors of the Quadrantids ushering in 2020.

Aldebaran and the Hyades Cluster.

A nearly full Moon will appear to be close to the red star Aldebaran on the 11th of December. Aldebaran is the “Bull’s eye” in the constellation of Taurus. When you have located Aldebaran, binoculars will also show you the V shaped star cluster, the Hyades. Wait for a Moonless night to see this combination in its true majesty. A magnificent sight at this time of year.

Venus is easily visible now, just after sunset, shining brightly as the “Evening Star” in the south-west.  The planet will appear to be close to the crescent Moon on the 28th and 29th of December.

The second planet from the Sun, Venus is about the size of the Earth. It is so bright because it is totally covered with clouds that reflect sunlight back into space. (The NASA image, above, has been colourised to highlight the cloud structures on the planet).

The atmosphere on Venus consists mostly of carbon dioxide, this traps the Sun’s heat, resulting in a greenhouse effect that sends temperatures beyond 470 degrees centigrade.

The soaring heat, combined with the rain from sulphuric acid clouds, means that the surface is a very hostile environment indeed. However, the surface of Venus can be explored with the use of satellites and probes utilising radar. These have revealed that Venus is covered with impact craters. It also has 2 large land masses: Ishtar Terra, covering its north pole, and Aphrodite Terra; straddling the equator.

There are good close up views of Venus and its surface details here: Venus: Overview NASA.

Saturn is still visible, It appears low in the sky in the south-west and can be seen appearing close to Venus on the 10th, 11th and 12th of December.

Mars is also low in the sky, appearing just before sunrise in the south-east.

Look for the space station in the early evening, in a time slot from 4.38pm – 7.14pm, between the 8th – 13th of December. Check the Spot the Station website for precise details and for sightings after this date (particularly to see if it is flying past on Christmas Eve). You can also sign up to the NASA Space Station Alerts service which gives advance notifications of sightings.

One thought on “Space Is The Place: The Night Sky Over Belper, December 2019”