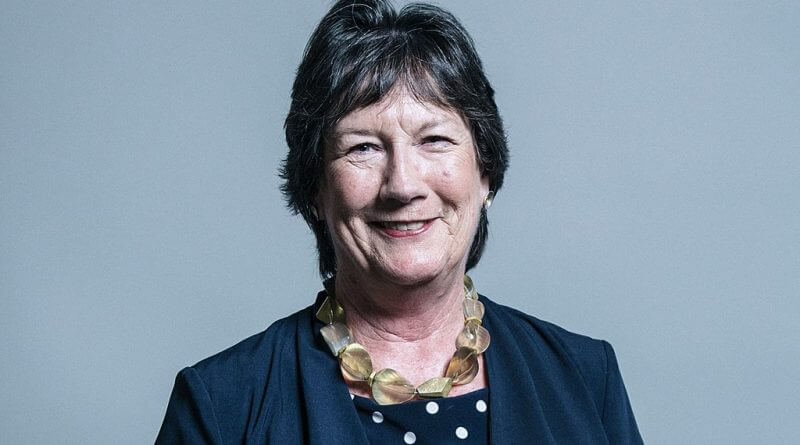 Pauline Latham is a familiar figure in Mid Derbyshire politics, having campaigned as a parent to save a sixth form, stood on both Derbyshire County and Derby City councils and been Conservative MP since 2010.
She is a local champion, fighting for businesses, organisations and individuals across a large constituency
One example can be seen in her unstinting efforts in the Dying To Work campaign alongside Milford’s Jacci Woodcock who lost her job when she was diagnosed with terminal cancer.
She has taken Jacci’s case to Parliament and now scores of major companies have signed a charter agreeing on new rules surrounding the handling of the many people in her position.
Jacci may have become high-profile but Pauline and her team have helped scores if not hundreds of people going through equally difficult times. Of course, most do not want their issues publicised.
Pauline is visible in every corner of a constituency in which she has lived for nearly 50 years.
She became immersed in politics after she fronted the campaign to save the sixth form in Ecclesbourne School, Duffield and has gone on to press government ministers over attacks on our heritage such as the development plans at Bullsmoor.
She has also made the case in Parliament for more funding for Derbyshire Police, Mid Derbyshire schools, health services here in Belper and much more.
Indeed, although the website They Vote For You is flawed, even it states she has spoken 941 times in parliament – that is more than 100 times a year.
And, of course, she is a Brexiteer.
She is fighting for the Conservatives to have a clear mandate to apply our deal to leave the European Union by the end of January and for the UK to take charge of our own affairs.
The alternatives are many more months of dither and delay or to turn our back on the democratic vote of 2016.
Getting Brexit done will enable us to get on with turning our attention to vital domestic issues such as health, education, crime, the economy and the environment.
We will be in control of our future and we will step forward confidently and be able to concentrate once more on a broad spectrum of issues, local, national and international instead of spending our entire time in endless debates about Brexit.
As Pauline says: “Voting Conservative will give Britain the chance to strive forward in the post-Brexit era.
“I appeal to people to vote for me, allow me to continue to champion Mid Derbyshire, so the tortuous Brexit debates can stop and we can get on with the job.”

One thought on “Election: “Pauline Latham Aiming To Retain Seat & ‘Get Brexit Done'””