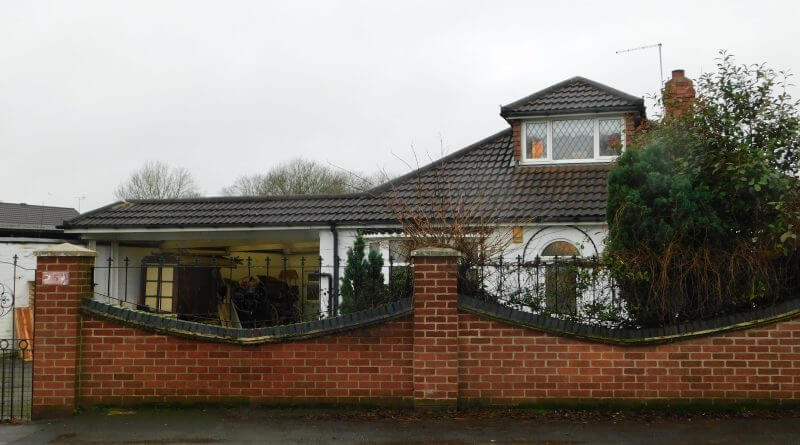 A council is trying to shut down a dog breeding business in a Derbyshire village.

The council argues that,  though owners have a breeding licence allowing them to have 27 dogs living at the property at one time, they have no right to run a business from the house.

The council feels the noise from the operation is unacceptable in a residential area.

Additionally, the council contends that “substantial redevelopment” has taken place at the property without planning permission.

This includes a large kennel and dog pen to the rear of the house, backing on to Station Close, and an additional outbuilding at the front of the property for use as an aviary, housing what the council describes as “substantial number of birds”.

Julie Braddock and Wayne Elliott own the property in Brickyard Lane, Kilburn, and are currently running the businesses Rockerdar Canine and JB Pet Supplies from the house.

Rockerdar Canine explains on its website that it is a small family-run licensed breeding business specialising in border collies and Jack Russell terriers.

It says that the firm holds a range of qualifications in dog behaviour, breeding and canine body language.
The website also states that it operates from the same property in Brickyard Lane.

Amber Valley Borough Council served an enforcement notice on Mrs Braddock and Mr Elliott in June and now the pair have lodged an appeal which will be dealt with by government planning inspectors.

The borough council says that the large rear extension required planning permission because it is attached to the main house and extends beyond the wall of the original property by more than four metres.

It says that the extension has also not been built for residential use and so “does not comply with regulations”.

The council says the aviary housed in the front outbuilding “increases the commercial ventures at the property”.

It cites another council policy that “proposals for business development requires developments to be compatible with their surroundings”.

The house in Brickyard Lane is surrounded by homes.

The borough council says: “The dog breeding activities and the keeping of the animals within the newly constructed aviary building are developments not considered compatible with their surroundings and are likely to materially increase the noise levels.
“The developments are not acceptable due to the close relationship with neighbouring properties, the number of dogs and other animals present at the property and the increased comings and goings associated with the commercial activities.
“The intensified use is therefore considered to have a detrimental impact on the living conditions of neighbouring properties and the residential amenity of the wider area.”

The authority says the rear extension is “particularly prominent”, “inappropriate” and “highly visible” to residents to the rear of the site in Station Close.

It says that planning conditions could not overcome its objections to the development.

The enforcement notice it served required the following steps to be taken by the owners:

In response, the owners have lodged an appeal on the following grounds:

Residents of the area can offer comments as part of the appeal process.

The deadline for submissions is Monday, 30th December.