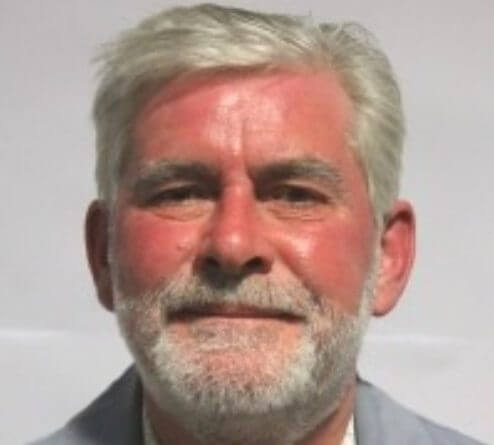 A “dedicated” and “irreplaceable” Derbyshire councillor, known for his “dry sense of humour”, has died aged 67.

The borough council has said that the flag on Ripley Town Hall will be flown at half mast until after his funeral as a mark of respect.

Cllr Lyttle has served as the ward member for Somercotes since 2006 and has also sat as a parish councillor since the entity’s creation more than three decades ago.

He was best known in the council chamber for his dry sense of humour, turn of phrase and wit – particularly during planning debates.

Cllr Lyttle served as chairman of the planning board during 2014-2015.

To his friends and colleagues he is fondly remembered as a lover of darts and dominoes – both of which he had a high level of skill for.

Leader of the authority, Labour’s Cllr Chris Emmas-Williams, said: “To say I was shocked when I heard the news is an understatement.
“Brian was an exceptional councillor serving the residents of Somercotes since 2006 after Alan Stringer stood down.
“Brian was a member of the Planning Board since 2006 and became Chair in 2014, was very fair to all residents and fellow councillors in the highly charged process.
“He used to save his very dry and humorous comments for highly charged debates on the Local Plan and Budgets, especially criticizing the Government and opposition for the massive financial reductions to Local government.
“He worked tirelessly with his fellow councillor John McCabe, holding regular surgeries and handling residents’ concerns and complaints in a diligent manner.
“He was an excellent colleague, fun to be around and will be sorely missed by all our councillors, our thoughts are with his family and friends at this sad time.”

Cllr John McCabe, Cllr Lyttle’s fellow ward member and Labour colleague, said: “He was a champion for his community and put his community first in everything.
“He was a dedicated councillor in the parish and the borough and didn’t miss one meeting.
“It is less the loss of a colleague but a close friend and a brother.
“We have been campaigning for 40 years together and my wife and I would often meet up with him and his wife, before she passed away.
“He is known for his campaigning on planning and made sure he supported the community.
“He had a love of darts and dominoes and played for two local pubs – he was well respected.
“I was devastated when I found out and I’ll be honest, I was in tears. I couldn’t take it in.
“He is irreplaceable and was very good in debates – he could make a point in very few words, I’ll miss that.
“It’s like losing a member of my family.”

Cllr Paul Smith, who represents the neighbouring borough ward of Ironville and Riddings for Labour, and Somercotes for the county council, said: “I would like to say he was a great person, generous to a fault.
“He had a brilliantly dry sense of humour, unlike many politicians, and made his point with the minimum amount of words.
“He was extremely thoughtful and forensic in his approach to anything planning related, he was extremely passionate about the Labour party and served the people of Somercotes not only on the Amber Valley council but was on the Somercotes Parish Council since its existence at least 34 years ago.
“He also served as a school governor on both Somercotes infant and junior schools  and was prepared to give his time willingly for the betterment of the community.
“He loved darts and dominoes and played for many pub teams – the New Inn, now gone, on Birchwood Lane, the Crown Inn on Sleetmoor Lane 5s and 3s league – and up until his sad passing was the domino captain at the Old English Gentleman in Somercotes Hill. Myself and John have lost a big part of our team and a genuine friend.”
Leader of the borough council Conservative group, Cllr Kevin Buttery, said: “Brian was a hard-working, plain-speaking, councillor who had a no-nonsense approach in trying to get the best for the community he served.
“He was well respected by all councillors and his sudden death is a complete shock to us all.
“He will be sadly missed and our sincere and heartfelt condolences go out to his family and friends at this very difficult time.”

Green Party borough councillor Dave Wells said: “I’m sad to hear of Brian’s sudden death. As a fellow member of AVBC’s planning board, he was always friendly to me, which is always appreciated when you’re a member of a different political party, and he was obviously passionate about representing the residents of Somercotes.”