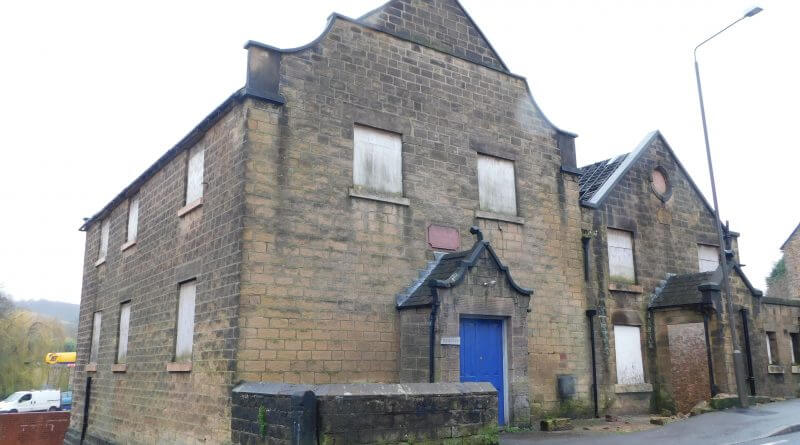 A historic former chapel and Sunday school in Belper, which have been empty for many years, could be transformed into homes.

The former Pottery Methodist Chapel and its adjoining former Sunday school, in Kilbourne Lane, are Grade II-listed and have fallen into disrepair.

The property is now crumbling around the edges with large chunks of brickwork lying on the ground around it.

Windows are all boarded up and external features of the property appear to be in poor a poor state of repair.

Plaques attached to the outside of the two adjoining buildings list the chapel as being built in 1816 and the Sunday school in 1878.

Now Amber Valley Borough Council has revealed plans to issue a compulsory purchase order to take ownership of the property and turn it into homes.

It says it aims to “work with internal and external partners to support repairs and to pursue compulsory purchase of Pottery Chapel Belper with a view to a back-to-back agreement to secure the building’s long-term future.
“To provide a number of units of accommodation from a vacant historic building which will, in addition to increasing housing provision, secure the long-term future for a historic building in Belper.”

The owner of the building, listed on the Land Registry as Steven Pople, bought the property in 2001 for £43,750.
In 2011, Mr Pople was successfully prosecuted, after pleading not guilty, for failing to stop the buildings from causing a danger to the public.

The Town and Country Planning Act (1990) requires owners of listed buildings to ensure they remain in good condition.

Mr Pople had claimed repair works requested by the council were “unnecessary and excessive”. He was ordered to pay £2,475 in fines and costs.

Historic England lists the chapel building as being constructed in 1812 and that its name “echoes the predecessor of Bourne’s Pottery at Denby which formerly stood in this locality”.

One thought on “Compulsory Purchase For Methodist Chapel”