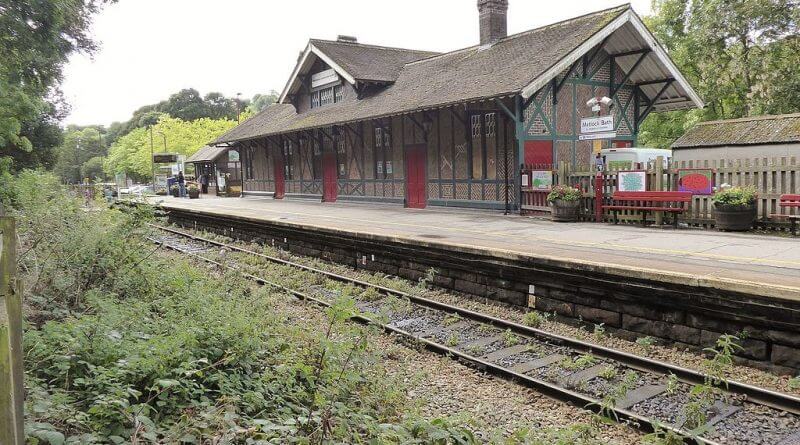 Derbyshire Wildlife Trust have completed the restoration of a Grade II listed building at Matlock Bath station and opened a new cafe and visitor centre.

A new roof across the entire building was the most urgent step in rescuing and restoring the deteriorating brick and timber Victorian building. Derbyshire Wildlife Trust then created a new light interior in keeping with the building’s traditional features, alongside modern and attractive visitor information which tells the important story of the Trust and The Whistlestop building, set in the heart of the Derbyshire Dales.

Visitors can find out about the history of the station and surrounding railway network, thanks to stories on display from railway historians and enthusiasts. Items donated include the clock received by a station master who retired in 1911 and a 1950 map of the local railway routes, many of which have since been lost.

The café supplies locally sourced cakes and food and is open from 10am to 4pm, seven days a week throughout the year. Wood-burning stoves create a cosy atmosphere and ambience of a bygone age.  Thanks to help from volunteers, the garden and wildlife pond have also been restored. The roof is home to three species of bat which were carefully protected during the restoration work.

Ellen Fineran, Head of Commercial Development at DWT said; “We are absolutely delighted with the completion of this project – a huge thanks to everyone involved and National Lottery players for helping us to make it happen, we’ve had fantastic support! It’s a jewel in Matlock Bath’s crown and an amazing facility for visitors and the community to enjoy throughout the year.  We’ve brought together local stories and heritage, new facilities for the community, created jobs and supported wildlife in the heart of the town. So many people from the community, railway network to tourism groups were excited to see us complete the work.”

The restoration project was runner up earlier this month in ACoRP’s national award for “the most enhanced station building.’