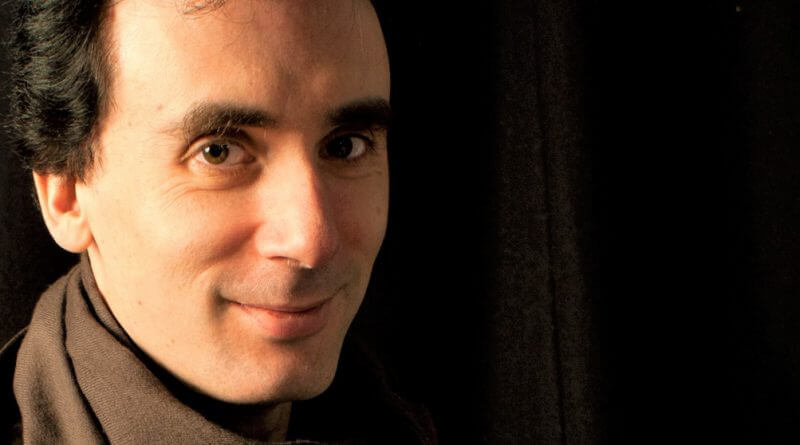 Not many towns have their own classically trained concert pianist.  Belper does. His name is Sergei Podobedov.

Sergei first came to England, from Russia, in the 90s to study at the Royal College of Music.  He was one of the first Russians to study there, after the collapse of the Soviet Union, which was still collapsing when he came here to study.  He did not return to Russia for 10 years.

He tells of how his family lost everything and never recovered,  “a change like that, you know – some people come out on top, and as everybody knows, grab lots of property and become oligarchs, and the rest do not.”

Sergei has no ties to Russia anymore, but has to the United States where two of his grandparents came from, and where his brother now lives.  Sergei’s grandparents (who were each married to another grandparent – not each other) went to Russia during the 1920s in a cultural flood where Americans (especially women) flocked to the new Russian republic to escape the inequality, Depression, mass unemployment, and low wages in the US.  Sergei spent time in the United States between leaving England after his studies and returning 9 years ago.

Sergei has played for the Queen twice.  He was invited by the Queen Mother, who was a patron of the Royal College of Music, to play at the Royal Lodge (Windsor).  Sergei fondly remembers sharing the bill with John Gielgud, who was reading poetry.  Sergei thinks that his souvenir programme of this concert might be unique, because, “it’s the only time when concert programme of my concert … the autograph was by a member of the audience.”  The Queen Mother’s autograph being a treasured possession.

Sergei, like many great talents, lives largely for his passion.  With no home that he claims, he sleeps in a caravan and speaks of his music as though that is the only time he is alive.  I tell him that I’m looking for his story, and he tells me, jokingly, “my story starts with the concert.”

Sergei practices many hours a day at Strutts Community Centre.  Following the pull of the music, he likes to practice at night, but due to a neighbour’s complaints, is having to soundproof a room in which to practice.

I asked Sergei about how his freestyle piece at his last concert journeyed towards jazz.  He said, “In Belper, people are open.  I feel like, artistically, it’s a great place to be, because you can do whatever you want, experiment – it’s good, people LOVE it! They are not very constrained by prejudice of particular genres – “Oh we only like classical music!” – That’s how a lot of people are. They are completely locked in to one genre, and here people are open, so you can do whatever you want.”  Sergei has a dream to set up a festival combining classical and jazz music, “A few days like that would be fantastic.”

Sergei played for the visitors from our twin town earlier in the year, our Pawtucket visitors were so impressed with Sergei’s skill at the Twinning Concert that they raised the funds to pay for a recording of the double CD which is being launched at this concert.  The recording is entirely Sergei’s talent, but its existence is the lovechild born of our twin town status with Pawtucket.

You can hear Sergei play, and be amongst the first to buy his double CD, at his next concert, which takes place on Saturday 12th October at his favourite rehearsal space, the Strutts Centre.  Tickets are available from Oxfam Books, belperartsfestival.org, and Derby Live.

Sergei also teaches piano students in London sometimes, and is now offering piano lessons to Belper pianists who already have some experience of playing.

He is also available to hire for weddings, and private functions.

You can email for more information about bookings and lessons here: paulterry51@gmail.com 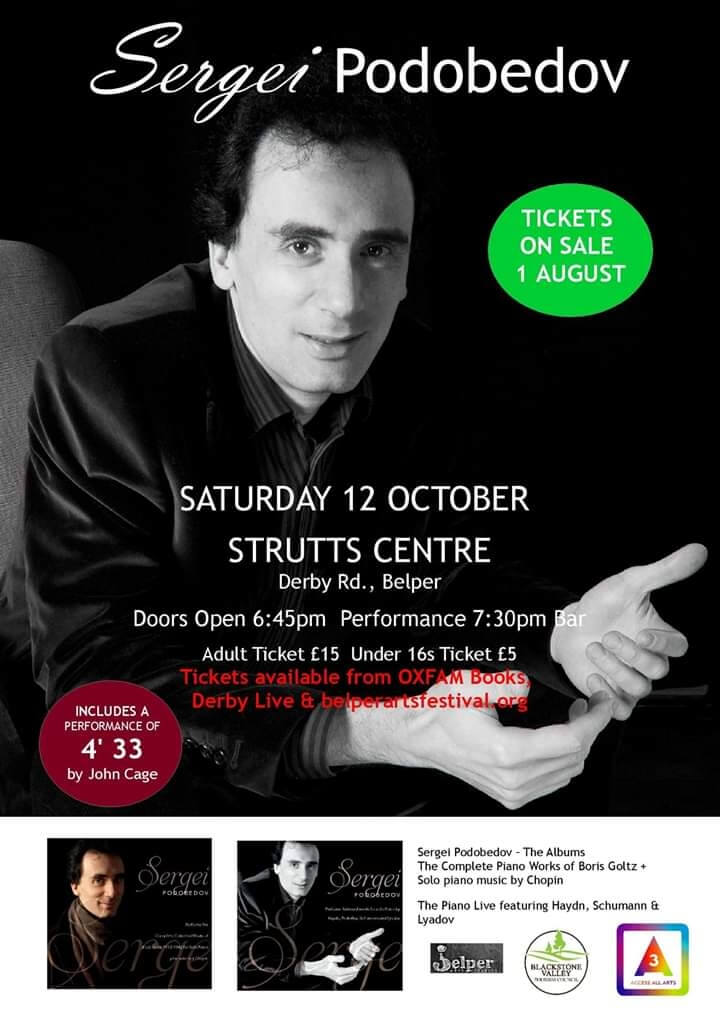