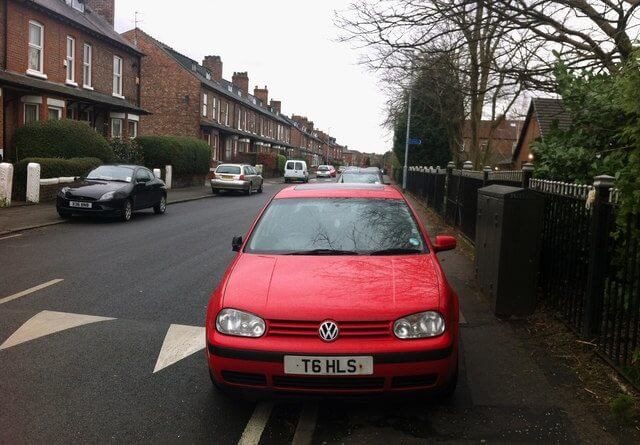 MPs have also set out recommendations on how pavement parking can be tackled while legislation is prepared. The committee has recommended that the Government:

I had a minor rant on Facebook a few months ago regarding parking on pavements in Belper in general and Far Laund in particular. I had seen two young mothers step into the road, pushing buggies, when cars and a van had been parked on pavements and they had no way of getting past. Frankly, it was nothing short of very dangerous.

I do acknowledge that a blanket ban is impractical. Narrow streets, parked cars and emergency vehicles (plus dustbin lorries!) are incompatible. Whenever the Government decide to introduce a law – whatever colour that Government is and bearing in mind the Conservative Government has been ‘reviewing’ the situation for four years – it has to take into consideration local conditions.

My next question is who will enforce the law? The recommendation is that it falls into the lap of local councils, councils strapped for cash with no wriggle room for new expenditure.

Maybe the law should be the last resort. Maybe the most important aspect of the Committee’s conclusions is the national awareness campaign but why stop there? A combination of a local campaign and common sense could help. The Town Council newsletter could be a vehicle for education, as could local magazines such as All Things Local and Country Images, maybe in partnership with Accessible Belper.

Pavement parking is already banned in London – with those who flout the rules facing a fine. The question now is, bearing in mind the state of flux in our parliamentary system, will it happen elsewhere?

2 thoughts on “Opinion: Parking on Pavements”