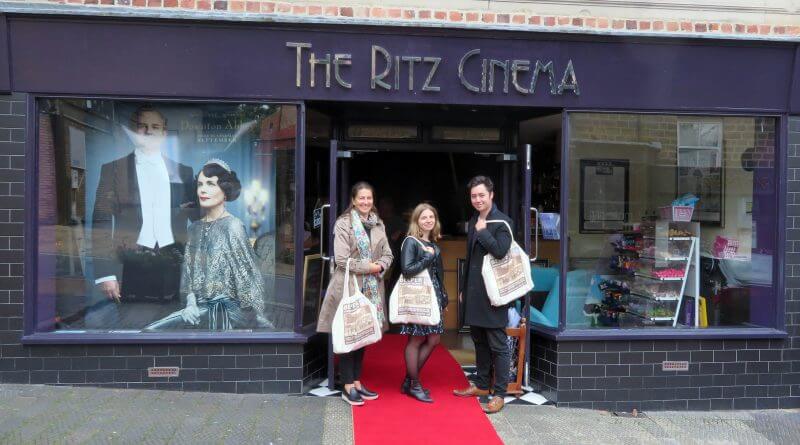 One of the most amazing things about Belper being a finalist in the Great British High Street? We’ve been told it’s the only one without a town centre manager or team to coordinate the bid. Does that sound like much? Well it is. Instead of someone being paid to do it, our over-stretched independent businesses, struggling to survive in a tough (and getting tougher) High Street, came together and decided that they would make a difference. And they have.

‘Love Belper’ is an astonishing phenomenon – through sheer hard work, Belper’s shopping area is looking even more vibrant, creative and welcoming than when the Great British High Street was won by the town in 2014. No wonder they wanted to try for the crown again.

So, uniquely for a finalist, without anyone being paid for anything, they pulled together and sent in a bid, unchecked by ‘professional bid-writers’ as far as I can see, that shone so brightly that it gained them one of only three places in England. Amazing.

When the 2014 winning bid team heard, like others we approached Love Belper and offered to help where we could. Having done this off their own bat, in their own free time, we knew they would need as much positive support as we could muster for them. We were able to give advice on the route, number of activities and even how many introductions you can afford to make in a two hour limit, based on how we filled our judging time in 2014.

For anyone out there thinking ‘they can’t have possibly covered it all’, I’d like to think that actually, they did. The judging day was finely-tuned down to the minute, with people to meet en route who had been told ‘you have three minutes then they have to move on’. Not always easy when the judges wanted to ask so many questions!

Of course, at the heart of it were the initiatives of the Love Belper traders – they had to spend the bulk of the time re-affirming what was in the bid that had secured a place in the finals. That meant deciding which few of those involved could get across the Love Belper story as quickly as possible, but also cover as many elements of that story as possible in the time allowed.

Belper’s wider success is more than that, of course, so of the remaining time, a small group of people with multiple hats on had to get across huge numbers of initiatives and activities. Why multiple hats? Well for every introduction to three judges, you lose about 15 to 20 seconds. Time was that tight.

Every possible aspect and topic was covered. We spoke fast; we spoke in bullet-points. The judges were scribbling away like their lives depended on it. There must have been close to a hundred bullet-points to add to what was in the original bid. Not everyone could be there, but what they had done and do for the town was represented and the story (very briefly) told. It was wonderful that so many people turned out to support the judging event – Chris Emmas-Williams, leader of Amber Valley Borough Council; Kathy Fairweather of Belper Open Gardens; Siobhan Fennel of Accessible Belper, and many more. Their organisations’ stories and achievements all received a mention.

I’m sure that anyone who cares about our wonderful town will join me in saying well done to Love Belper for putting the town on the map (again). They did good, and worked themselves into the ground. A huge number of people set aside egos and ownership of roles and achievements, and put Belper first. Well done, you lovely people.

It was a great day for Belper, and as Love Belper’s Lindsey Myers said: “We’re winners either way in this – we get to live and work in Belper.” What could be better than that.

You can still vote, every day, for Belper to win HERE