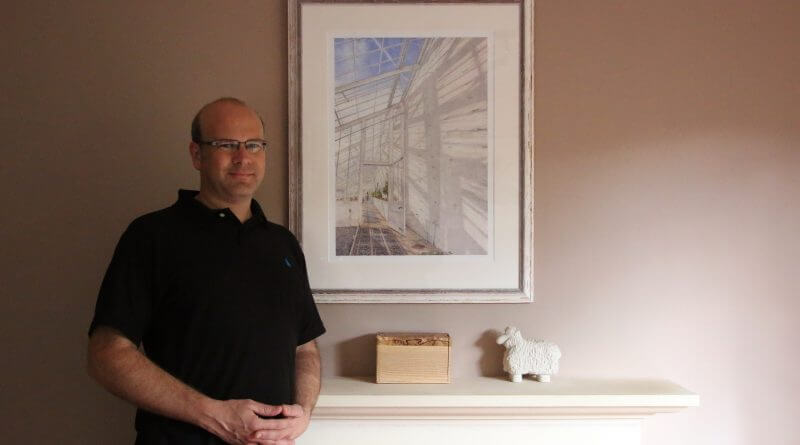 Belper based artist Mark Langley has been awarded a prestigious national award. Mark was thrilled to receive the prize for the ‘Best Pure Colour Pencil Drawing’ at this year’s UK Coloured Pencil Society’s annual exhibition held in Richmond for his drawing ‘Clumber Park Long Range Greenhouse’.

Mark has been a member of the society for 4 years and this is the third time he has been recognised at the annual exhibition. In 2018 his drawing ‘Harry’ was Highly Commended and in 2017 he was awarded the prize for the ‘Best Building or Transport Drawing’ for his piece ‘Haddon Hall II’.

Mark created the drawing of the famous greenhouses at Clumber Park specifically with this prize in mind, “Originality is needed, you need to catch the judge’s eye but I usually work in a combination of graphite pencil with colour pencil which would not be eligible for this award. It was an additional challenge to work only in colour pencil, but it was about making the most of the media that I am best known for by the people who follow my work.”

The UK Colour Pencil Society aims to promote the use of coloured pencil as a fine art media and support artists who use coloured pencil. Mark says “The great thing about the society is how the work gets around the country and represents the best users of coloured pencil in the UK and beyond. Colour pencil is getting more recognition now and you see some amazing work worldwide. I have primarily used colour pencil for 18 years on commissions and work for galleries so it is great to see the group promoting the media.”

The annual exhibition is open to the public and held at different locations each year, it is judged by an independent panel of judges who award prizes in various categories. The work can be very diverse, although all of the work has to be produced using colour pencils there is a huge range of styles and subjects.

Mark is no stranger to winning awards for his artwork and he doesn’t just work in colour pencil. He has previously won several prestigious local prizes for his watercolour paintings. ‘Scrivener’s View’ won Highly Commended, Buxton Festival Choice and People’s Choice in the 2016 Buxton Spa Prize. Then at the 2017 Derbyshire Open his painting ‘Pavilion Reflection’ won the top prize of the Derbyshire Trophy, and the painting now forms part of the Buxton Museum and Art Gallery’s collection. Mark said of the award “It was amazing to win the top prize, and a huge honour to have my work hanging in a public gallery.”

Asked about his plans for the future Mark said “My current plan is to try and get my work in front of a wider audience. I have become fairly well known locally at art fairs and independent galleries but I need to take my work further afield and this type of national exhibition is one way of doing that so I will keep entering this one and others like it, winning a prize is a bonus”. Mark has also enjoyed exploring different styles and media more recently, and there is more experimentation to come. 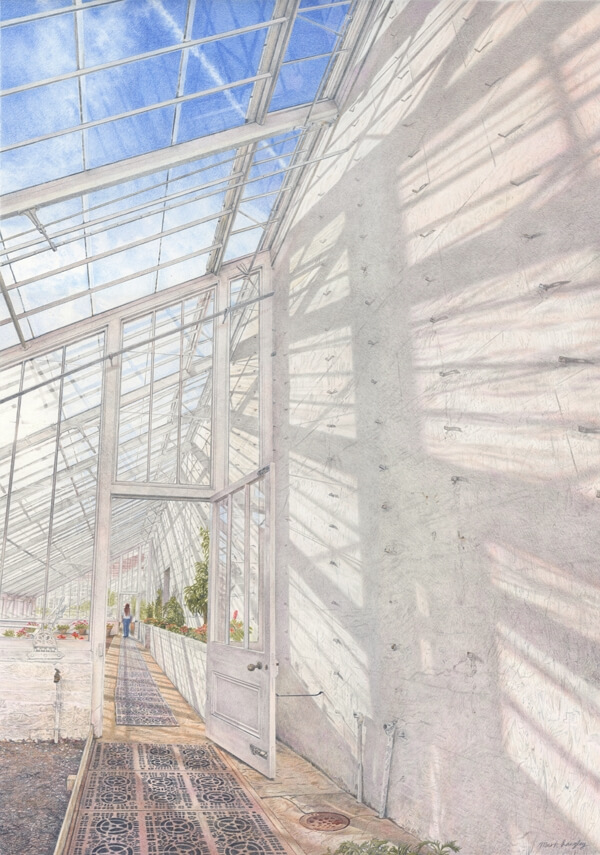 Mark’s originals and prints are stocked at a variety of galleries including ‘Hall of Frames’ in Belper, he also accepts commissions, further details are on his website: www.mark-langley.com