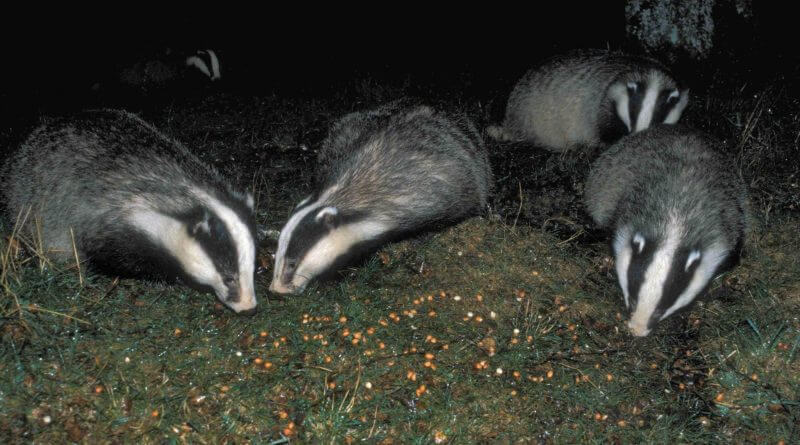 Article written by Derbyshire Against The Cull

The Badger Cull is coming to Derbyshire and we need your help to stop it.

The cull is an attempt by the government and members of the farming community to kill badgers in order to prevent the spread of bovine tuberculosis (bTB) from badgers to cattle. Since 2013 over 67,000 badgers have been killed across the country, risking the localised extinction of badgers which have been settled in areas since the ice age.

During the cull there are two ways of killing badgers:

It has been proven by the government’s own scientific research that the cull is ineffective and inhumane.

Culling often encourages communities of badgers to become more mobile which could even increase the risk of spreading TB.

The transfer of the disease on farms is much more often the result of the way farmers are managing cattle on their land in order to supply the dairy industry. Despite this, the badger is still being used as a scapegoat and the licensed areas where the cull will take place have now been extended from 2 zones in 2013 to a predicted 40 zones across the country this year, including neighbouring Staffordshire. The cull is coming to Derbyshire for the first time this autumn, with kill target estimates of over 3000 badgers.

With such a huge area to cover and so many badgers in danger we really need your help.  The more people get involved, the more badgers we can stop being killed.

Local knowledge and observations are vital.

The cull is due to start around the 1st September this year and will last for approximately 6 weeks. During the summer running up to the cull, groups are out every week surveying and mapping out any signs of badger activity so that during the cull we know where to monitor. This is a huge task and we have to prioritise more ‘at risk’ areas as a result.

If you want to get involved with surveying then please get in touch with Derbyshire Against the Cull – details below.

You could do it with a group or in your own time, no experience necessary and training is available.

Alternatively, you may already know about local setts (badger homes) and want to let us know their whereabouts.

Signs that the cull is happening near to you may include:

• Opened gates and vehicle tracks in otherwise quiet fields, or at unusual times of day.

• Vehicles carrying brown cages or big bags which could hold dead badgers in.

• Gun shots that you might not normally hear, including late at night.

• Torch lights or vehicle headlights at unusual times or places.

• Disturbed earth or dug holes filled with peanuts in or around the edges of fields.

• Brown cages, maybe with rocks in that are hiding peanuts, placed near to badger setts.

You may be interested in keeping an eye on a sett that you already know about and reporting back, or you may have a bit more time on your hands to get fully involved with this year’s campaign in Derbyshire, as there’s loads of other stuff to help out with too.

Once the cull has started, locals are best placed to observe any changes in movements near to local farms. We don’t know for sure exactly when or where the cull will start, which farms will take part and what kind of method they may use. If you’re out and about and spot anything you feel might be suspicious please tip us off by emailing: derbyshireagainstthecull@riseup.net or calling/texting 07523610765.

Right now we are particularly interested in hearing from anyone who may be able to help badger protectors out with accommodation and/or driving during the cull; do you have a spare room, caravan, house or boat which you think might be appropriate? Are you able to drive, live locally and could help get people around the county during the cull?

There is also an anonymous badger cull opt-out line for farmers and landowners who are not culling or who oppose it and have information to be passed on confidentially. You can email nocull.derbyshire@gmail.com for this.

Please email derbyshireagainstthecull@riseup.net or get in touch via Facebook if you want to get involved in protecting Derbyshire badgers.

2 thoughts on “Help The Badgers, by Derbyshire Against The Cull”