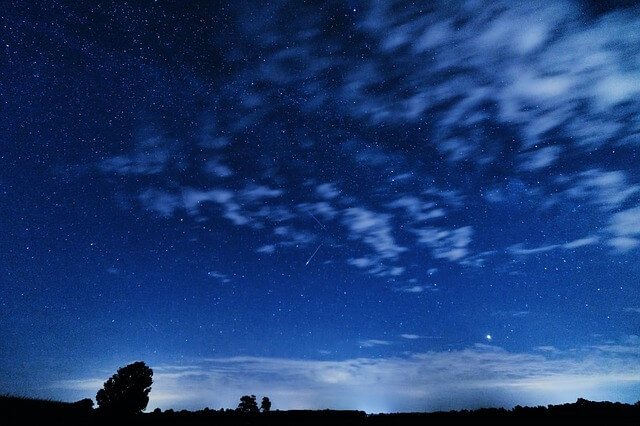 In August’s Night Sky Over Belper: Start looking out for Perseid Meteors, Jupiter and Saturn are on view, Mercury may be seen by early risers, explore the Moon.

The Perseids Meteor Shower –  from now till the 26th of August.

The Perseids are one of the best meteor showers of the year and, at its peak, you can expect to see a meteor every couple of minutes. This year the shower reaches its maximum on the night of Monday 12th August, going into the early hours of Tuesday morning on the 13th of August. The nights of the 11th / 12th and 13th / 14th August are also predicted to give good rates of meteors.

Unfortunately a very nearly full Moon will also be in the sky over those nights. The moonlight  “washing out” all but the brightest meteors.

Because the peak nights are competing with moonlight it may be better this year to concentrate viewing around the nights leading up to the 12th of August, this means looking from the 5th of August onwards (when the Moon is less full). Wait until it is dark (after 10.30pm), have patience and look upwards towards the north- east. Observers should also bear in mind that in previous years the Perseids have been clouded out over the peak nights.

It should be noted that, although the Perseid shower lasts until the 26th of August, meteor rates will decline sharply after the peak nights.

(edited 11/8/19 to correct an error replicated from the Society of Popular Astronomy’s Meteor Section).

Moon exploration is possible from any backyard with the right equipment. The Moon is easily observable with any small telescope and even binoculars will give enough magnification (7X upwards) to reveal craters and mountain ranges on the lunar surface.

An example of what can be seen with a small telescope is shown below: 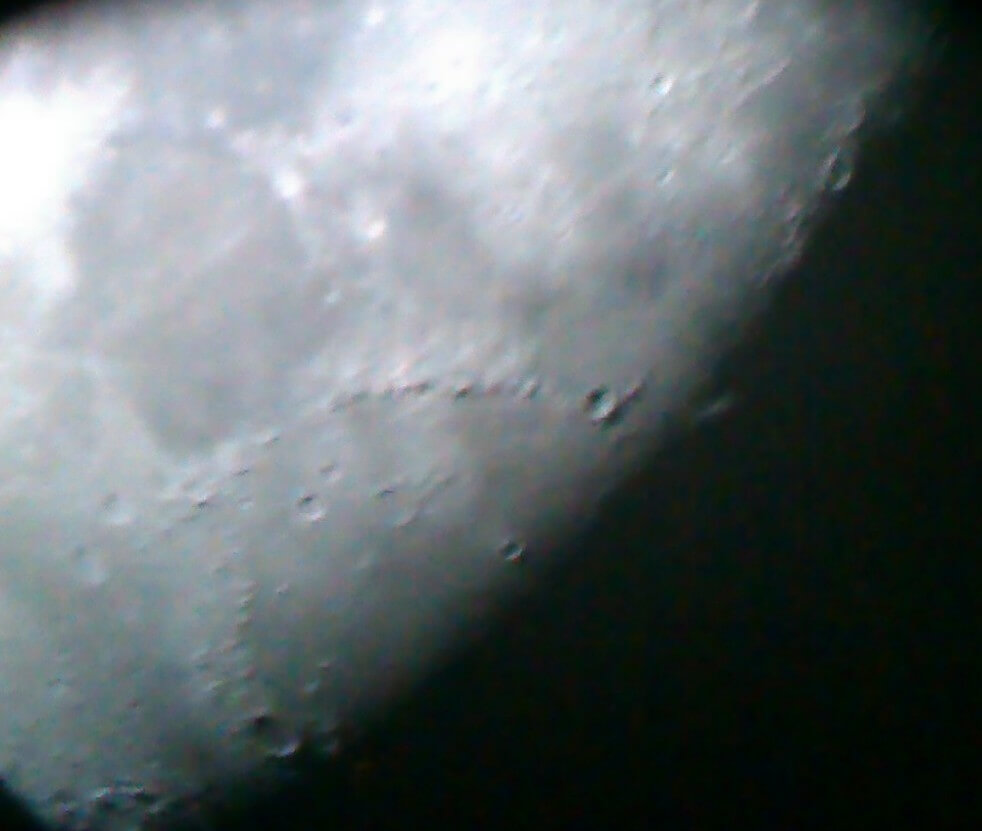 There are a number of very good resources to guide Moon observers:

The Sky at Night’s Pete Lawrence has a very good guide to the Moon and its features, which can be accessed here: Pete Lawrence’s Moon Guide.

The “Lunar 100” is a list of the Moon’s most interesting regions, craters, mountains etc. The list is published by Sky and Telescope magazine and can be accessed here: The Lunar 100.

The website Astrospider provides a map to locate the objects, as well as photos to guide observation.

The Moon is full on the 15th of August.

Jupiter is very bright, shining low down in the south-west. Start looking for it when it gets dark, from 10.30pm onwards. The planet appear close to the Moon on the 9th of August.

Saturn is also low down in the south and visible from 10.30pm. A telescope will give you a view of Saturn’s rings. Saturn is close to the Moon on the 12th of August.

Between the 10th and 16th of August, and if you are prepared to get up early in the morning, it is possible to see the planet Mercury. Look to the north-east, where it is low down in the pre-dawn sky. Rising before the Sun (around 5.00 am) it will look like a bright star in that part of the sky.

No sightings are given up to the 17th of August. Check the Spot the Station website for sightings after this date. You can also sign up to the NASA Space Station Alerts service which gives advance notifications of sightings.