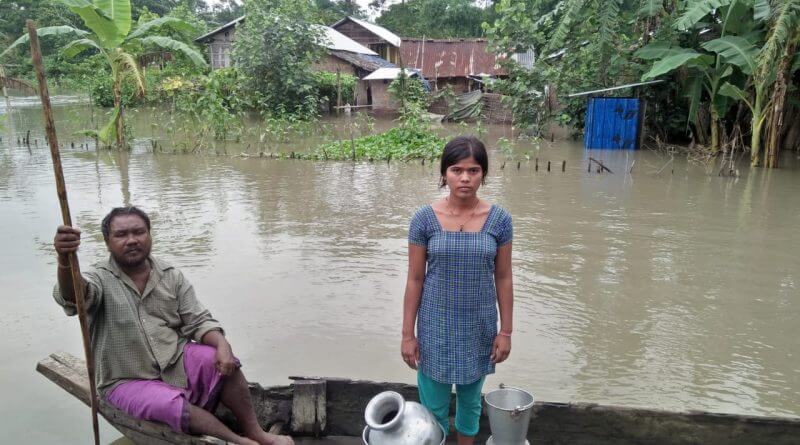 Adults across the East Midlands believe that climate change should be a top priority for the new Prime Minister, according to a new poll.

The ComRes survey* showed that 70% of adults in the East Midlands felt that Boris Johnson should make climate change a top priority – compared with 66% of adults in England overall.

The survey commissioned by Christian Aid also found that 74% of those surveyed across the region agreed that climate change will be more important than the UK’s departure from the European Union in the long-term, while almost two-thirds (65%) do not believe the Government is doing enough to prioritise the response to climate change.

Young people in the UK aged 18 to 34 were significantly more likely (60%) to say they care more about climate change than Brexit, compared to the over-55s (43%).

Christian Aid’s coordinator for Derbyshire Tom Wyke said: “As I travel around the county meeting supporters I am keenly aware of an increasing sense of urgency around the need to address climate change.

“The soaring temperatures experienced of this week bring home the desperate vulnerability of the world’s poorest people and the need for us all to act to address that.

“I recently travelled to see Christian Aid supported projects in northern Kenya and heard from pastoralist communities about the impact of the increased frequency and intensity of droughts is having on their way of life.

“It’s clear that beyond the present political turmoil, adults across the region know there is a bigger crisis which is potentially catastrophic for the whole of humanity.

“We need a rapid and radical shift to reduce emissions in the UK and we need global action for climate justice to enable the world’s most vulnerable communities to not only survive but thrive.

“The public is waking up to the devastating effects of climate emergency – it’s time the UK Government did so too.”

*ComRes interviewed 2,072 UK adults online between 19 and 21 July 2019, including 155 adults in the East Midlands. Data were weighted to be representative of all UK adults by age, gender region and social grade.