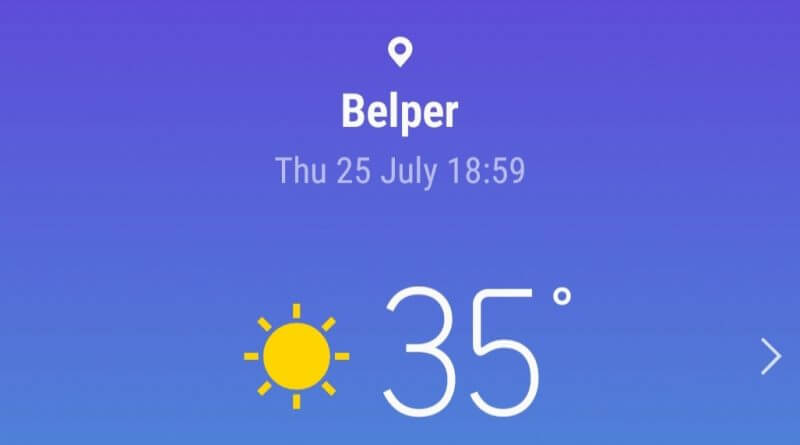 For the last 29 years, the record for the hottest temperature in Derbyshire has been 34.1 degrees.  This reading was recorded at the Darley Abbey Observation Station in August 1990.

At the time of writing, 7:10pm, the temperature in Belper has just dropped from 35 to 34 degrees on the reported figures through The Met Office and Accuweather.  Derby reports reaching the same temperature.

Today has also broken the national record for the hottest day in July.  The new record temperature for the UK is 38.1 degrees in Cambridge.  The previous July record was 36.7 degrees at Heathrow in 2015.

On top of that, today was also the 2nd hottest day ever in the UK.  The hottest is still 38.5 degrees at Faversham, Kent in 2003.  Experts at The Met Office report that temperatures would have exceeded this, if it hadn’t been for a little bit of cloud cover.

However, these are not awards we want to win.  We have yet to learn if there have been any heat related deaths in this heatwave.  It is perhaps appropriate timing that Amber Valley Borough Council declared a Climate Emergency at the council meeting last night.

There is a Yellow Weather Warning from The Met Office in place over the whole of England and Scotland, regarding thunderstorms, but the chance of precipitation in our area is currently less than 5%, rising to 10% chance at 10pm, before dropping to a less than 5% chance until 1am, when there is a 30% chance, dropping again to less than 5% by 2am.  We might get thunderstorms, but cloud cover is currently low, white and fluffy.  Temperatures overnight are predicted to remain above 20 degrees.