Siobhan Fennell, the Chair of Accessible Belper, who was recently awarded a British Empire Medal in the Queen’s Birthday Honours List, has been the recipient of another award for her incredible work to educate Belper about disabled needs.  The specific reason given was, “raising awareness for accessibility, inclusivity, and diversity within the community.”

On the Thursday 4th July 2019, Siobhan was presented with a British Citizen Award at the Palace of Westminster.  She was nominated for the award by Mid Derbyshire MP, Pauline Latham.

The award is “for doing extraordinary things in the local community.”  The awards are also known as The People’s Honours, and follow shortly after the Queen’s New Year and Birthday Honours Lists, in January and July.  Any citizen can nominate a worthy candidate.

I had never heard of the British Citizen award before and after the last couple of days I feel incredibly lucky, spoilt rotten and totally humbled.

These awards recognise people who are doing good in the country and publicise it widely to combat all the negativity we are bombarded with each day. When you look at my peers who also received awards you will see why I am humbled to be a member of this group. They are completely awesome!

The celebrations were wonderful in the stunning, historical home of our democracy. Talking of democracy, I have to thank Pauline Latham, our MP for nominating me. Over the years we have known each other we have almost become pen pals with our often heated correspondence about politics. However, since the inception of Accessible Belper she has been incredibly supportive and this recognition for our ethos is invaluable.

It is really important to me that although I have been given this medal, it is the people of Belper who have listened and spread the message throughout our community that also deserve recognition too. 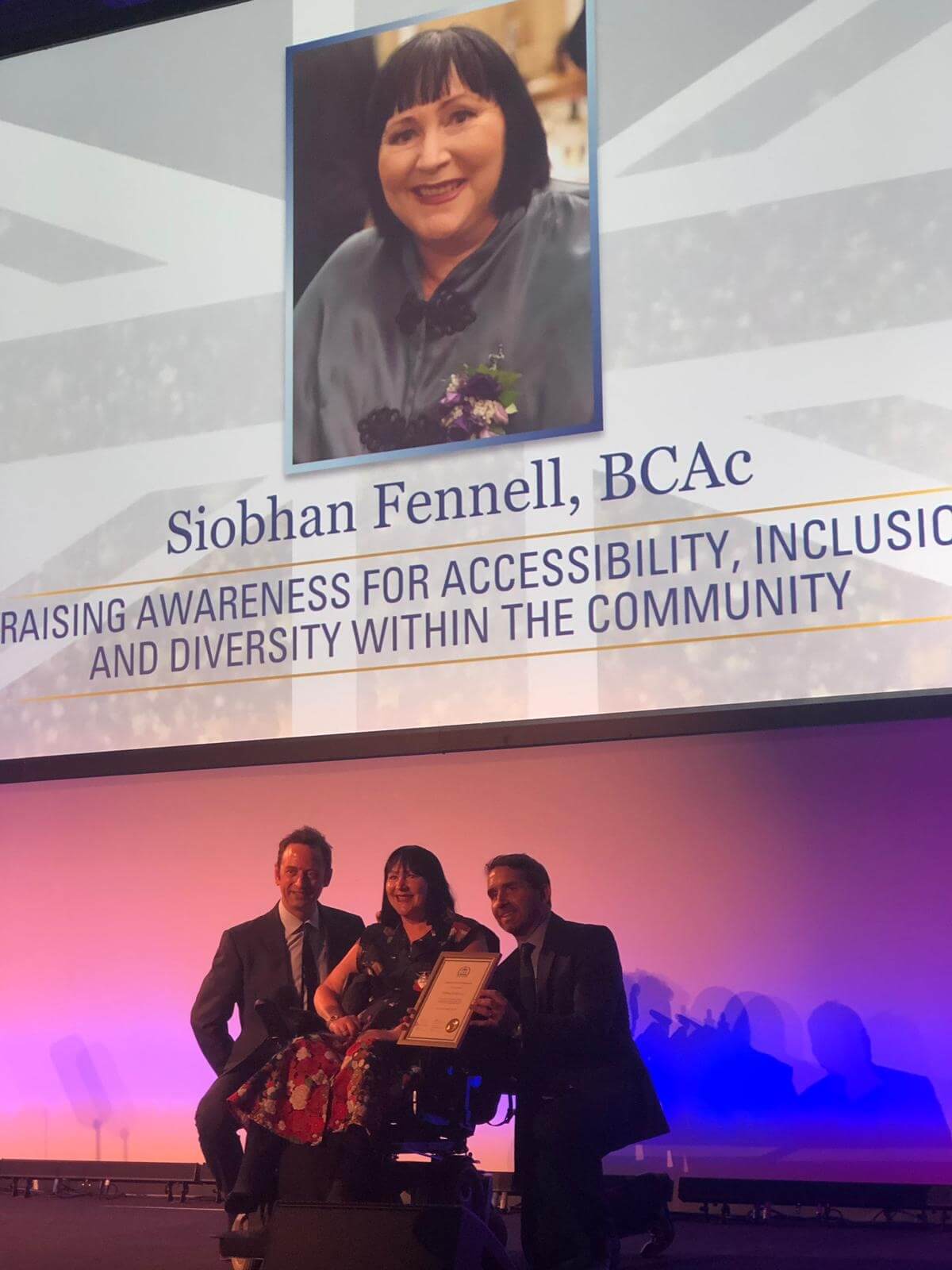