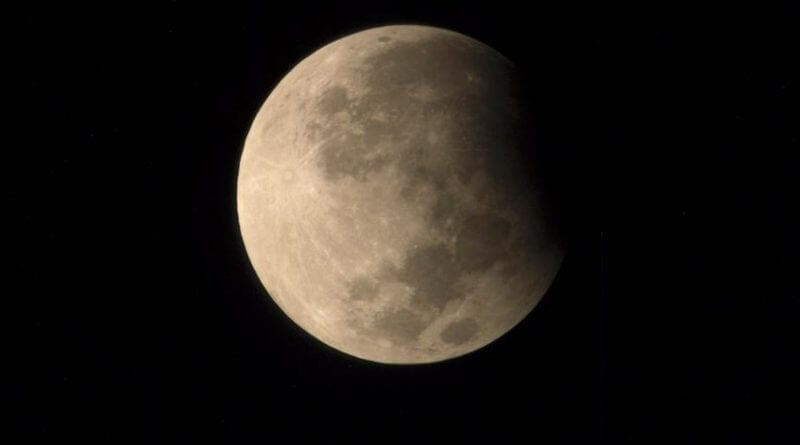 In July’s Night Sky Over Belper look out for the partial eclipse of the Moon on the 16th of July. Noctilucent Clouds may be seen (possibly). Jupiter and Saturn are on view. Celebrate the 50th anniversary of the Apollo II Moon landing by going on-line.

A Partial Eclipse of The Moon: 16th July.

There will be a partial eclipse of the full Moon on the 16th of July. However, the Moon will be very low in the sky and you will need a clear southeast horizon to see it.

The Moon will rise, in the southeast, just after sunset, already partly eclipsed. The maximum of the eclipse will occur at 10.30pm and will end at midnight.

A partial lunar eclipse features in the image above, photographed by a crew member on the International Space Station. (courtesy of NASA Images).

There may be sightings of noctilucent clouds (NLCs) in July. NLCs are clouds that form high up in the atmosphere – around 50 miles up. NLCs are generally too faint to be seen. However, in the summer months the angle of the sunlight (which also creates extended twilight) can sometimes illuminate them so that they appear to glow after sunset. Try looking towards the north-west during twilight and after sunset.

On Midsummer’s eve they may have been visible over Belper around about 11.30pm. See my snapshot here: 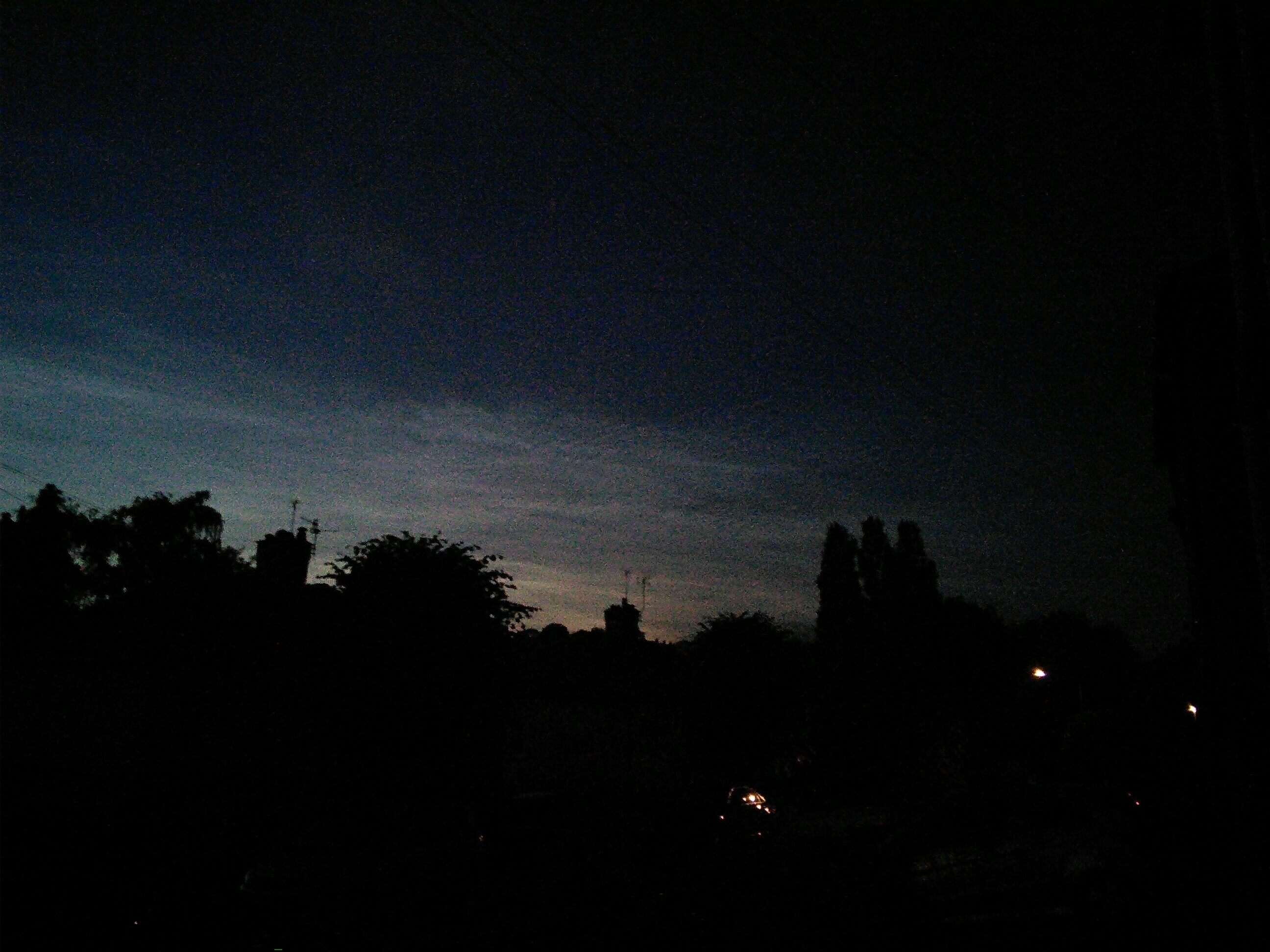 If anyone else thinks these may have been NLCs (or has other sightings) please leave a comment below.

50 Years Since The Apollo 11 Moon Landing.

To celebrate the event you can go to this website (Apollo 11 in Real Time). The website uses an historical archive of audio and visual material to recreate the journey of the Apollo 11 Moon mission in real-time.

The site contains an ongoing timeline. You can use the timeline to locate yourself from launch to re-entry. There is also a transcript and audio of the conversations between the space crew and mission control. All are linked to images and film taken at the time.

“Apollo 11 in Real Time” is the creation of Ben Feist,  a software developer and spaceflight data visualization researcher working with NASA, along with his team of collaborators. The website is free to access and there is no need to register on the site.

The timeline starts at Lift off -1 minute or use the time control at the head of the website to choose your own time to join in the mission.

Jupiter is shining brightly in the south, now above rooftop height but you will need a clear horizon for any serious observation. Binoculars allow you to see up to 4 of its moons, note how these move around (and are sometimes obscured by) the planet over the month.

Jupiter is close to the Moon on the night of the 13th.

Saturn is also low down in the south. If you can locate it in a telescope you will be rewarded with a view of its rings – which are still open and well worth seeing.

Saturn is close to the Moon on the 15th of July, around midnight.