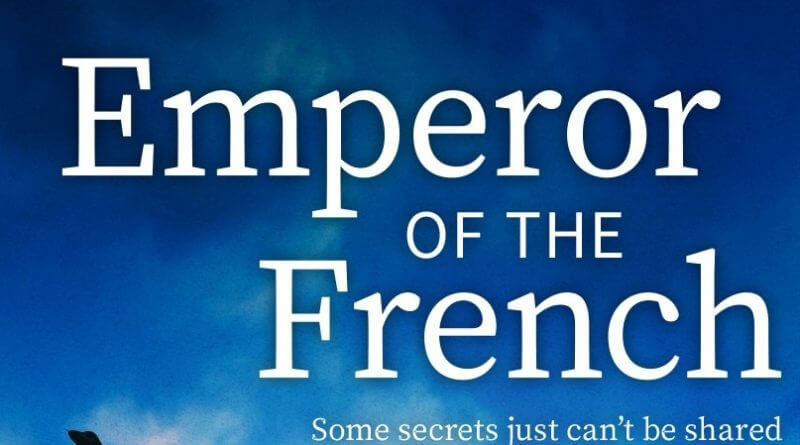 Once upon a time (1975) the Belper News was to be closed by owner Wilfred Edmunds Ltd.  One of its journalists was determined that this would not happen, and launched a campaign to save it which got the financial backing of local businessmen and saved the paper.

The hero of this story was Peter Hampson.  He became the editor, the youngest in the country, at the age of 28.  He left the Belper News to work for the Derby Evening Telegraph, before moving in to public relations.  He was a writer throughout his life.  Peter died in 2007, an hour into his 60th birthday.

Twelve years on, on Father’s Day, his daughter, Rebecca Morris, who followed in her father’s footsteps and became a journalist and editor herself, has published his novel, Emperor of the French.

Rebecca told us that her father finished writing the novel just weeks before his death.  He never had time to take it to a publisher.  Emperor of the French is a “light-hearted tale about espionage, secret weapons and the mystery surrounding a country house during WW2”.

We asked Rebecca how long she has been working on her father’s novel, and she told us,

I didn’t pick the book up for ten years. Then it took me two years to proofread it (several times) around two young children, and prepare it for publication.
Dad was a very talented writer and it was such a joy to read his work, so many years after he passed away. It was like reconnecting with him.
It was his dream to have his work published, so I’m delighted to be able to share it with the world. He’d have been very proud.

Rebecca published the novel for sale, in Kindle format, on Amazon, in time for Father’s Day.

“As a tribute to my Dad this Father’s Day, I have finally published his book digitally to share it with the world. Dad was a talented writer and a keen historian, and this book is a true reflection of who he was.”

You can download Emperor of the French HERE for £4.99.  All proceeds from the sale of the book will be donated to the Melanoma UK charity until 31st July. 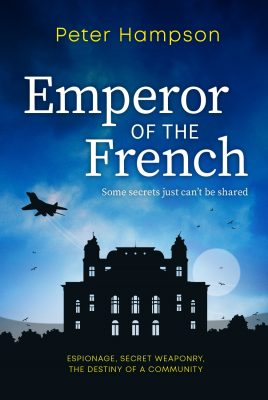 “As a young man during WW2, Arthur Spraggon discovers a secret tunnel while walking through the grounds of an old country house, Scwoom Folly.

He emerges inside a perimeter fence where he witnesses an unusual propellor-less aircraft landing, which he realises is a new secret fighter jet.

The estate had long been rumoured as a secret weapons base, personally set up by Prime Minister Winston Churchill, but nobody had proof… until now…

Afraid of being arrested for espionage, Arthur keeps this momentous sighting a secret for 60 years.

Aged 108, the old man breaks his silence and is overheard talking in the pub about what he saw all those years ago. Soon after, Arthur is dead.

There follows a string of mysterious deaths, including a hit-and-run in which the owner of Scwoom Folly is killed.

As the house falls into new hands, the truth emerges about the house’s colourful history.

Who is so desperate to keep the building’s past a secret and what else have they got to hide..?”