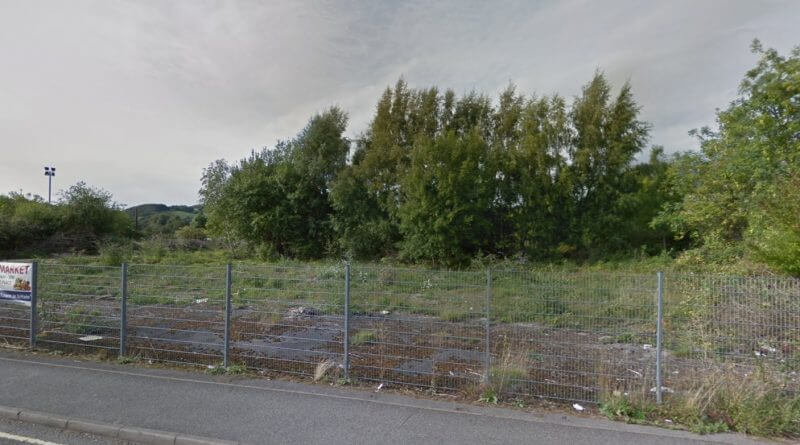 Competing plans have been submitted for the former Thorntons factory site in Belper.

The site, in Derwent Street, sits opposite the county council’s under-construction library and care home.

Now these have been joined by plans for 80 affordable homes.

The new homes proposals, from Countryside Properties PLC, would see the Derwent Street car park built on, as well as much of the former factory land to the rear.

An area of land to the east of the site would be left as open space.

However, it is this open space, and part of the planned space for houses, which could be the site of the “extra care” retirement home.

That area of land is currently overgrown with shrubs and a number of trees.

Both plans are now in the hands of Amber Valley Borough Council and will be decided by the authority later this year.

Despite part of the proposed housing site being a car park, the application says that there are zero spaces for parking on the site – which would increase to 180 spots if approved.

If approved, 64 of the homes – which would all be affordable housing – would have two bedrooms, while the remaining 16 would have three bedrooms.

A report submitted with the application says: “The development at Derwent Street, Belper will provide an attractive, high-quality-designed area to live.

“The scale and character of the proposals will ensure that the scheme will contribute to and enhance the immediate and surrounding area.”

It says the 80-home scheme would “add to the intrinsic qualities and character of Belper”.

In 2015, councillors approved plans from Spenhill Developments Ltd to build 107 houses on the site and adjoining car park, but this project has not come forward.

Meanwhile, the applicants for the 60-bed “extra care” facility say that their proposal will provide “significantly more on site care provision and communal facilities than traditional sheltered accommodation for the elderly to support an older and more frail population”.

It says that residents will be able to buy care packages to suit their needs as these change over time rather than pay the fixed costs of a nursing or residential care home.

The site would have 32 parking spaces and create the equivalent of 14 new full-time jobs, providing 24-hour care for residents.

If approved, the care home would have a minimum age restriction of 70.