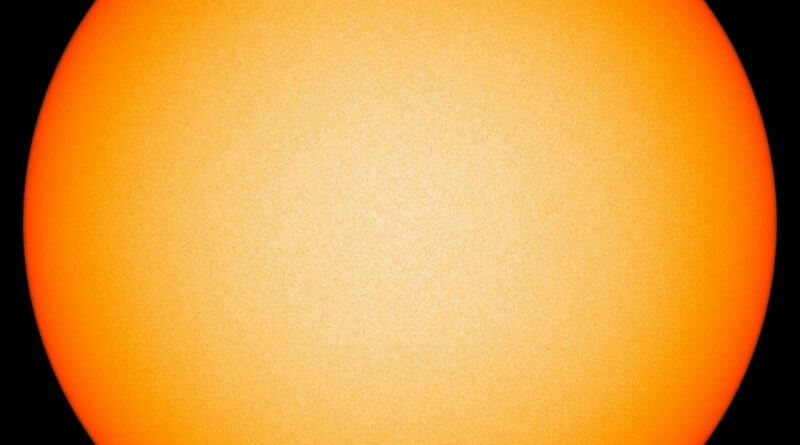 June’s Night Sky brings long twilit nights ideal for spotting noctilucent clouds. Jupiter is bright but low in the night sky. Look out for the Moon Illusion. The summer solstice is on the 21st of June.

June / July is a good time to try and spot noctilucent clouds (NLCs). These clouds form high up in the atmosphere (around 50 miles up) and are normally too faint to be seen. In the summer months the angle of sunlight can sometimes illuminate NLC’s so that they appear to glow after sunset.

Try looking for NLCs  throughout June and July by looking towards the northwest during twilight.

There is a very good guide to observing noctilucent clouds on The Night Sky Hunter website here: Nightskyhunter (NLCs).

There will be a full Moon on the 17th of June. At this time of year the Moon stays lower in the sky so look out for the “Moon Illusion”, an optical effect which makes the Moon seem much bigger than usual.

The summer solstice (the longest day of the year) takes place on the 21st of June. Sunrise will be around 4.52 am.

(the picture above, courtesy of NASA, shows the Sun at a solar minimum (i.e with no sun spots on its surface).

Jupiter is very low down, shining brightly in the southwest it barely rises above rooftop height. You will need a clear horizon for any serious observation. Binoculars will show up to four of its moons, note how these move around the planet over the month.

Jupiter is close to the Moon on the evening of the 15th through to the early hours of the 16th (best seen around midnight).

Saturn is also low down and in the southeast. Visible from midnight, Saturn will be easier to see in a couple of months time – when it starts to rise earlier in the evening.

Mars is just about visible in the northwest. Disappearing below the horizon soon after sunset. Look towards the horizon about 45 minutes after the sun sets to have a chance of seeing it. If you are lucky you may also catch Mercury. The two planets are very close together on the 18th of June.

There are no details of sightings of ISS between now (8th of June) and the 23rd of June. Check The Spot the Station website for any sightings after the 23rd, or sign up to the NASA Space Station Alerts service.

ISS – Open For Business: NASA announced (on the 6th of June) that it intends to allow private companies to use the International Space Station for commercial purposes. A whole range of  activities will be “encouraged” including: marketing, the production of movies and adverts, the testing of products, and space tourism. Widely reported as NASA allowing space tourism for the first time (albeit for billionaires) the announcement is part of a broader US government directive, aimed at bringing in extra revenue from the private sector to fund ISS.

The next DDAS  “Introduction To Astronomy” evening will be on Friday 21st of June, from 8.30pm. The society will be meeting at The Friends Meeting House, St Helen’s House, Derby, DE1 3GY and then will be moving to an observing session at the Flamsteed Observatory, near Brailsford. Lifts can be provided for those without transport.

July’s main meeting will be held on Saturday 7th of July, also at the Flamsteed Observatory, from 7.30pm. The meeting will consist of a summer BBQ and an observing session.

Note that there is a room fee for the meetings, which is £3 for non-members and £1 for members.

If you would like more details please email the DDAS Secretary: secretary@derbyastronomy.org