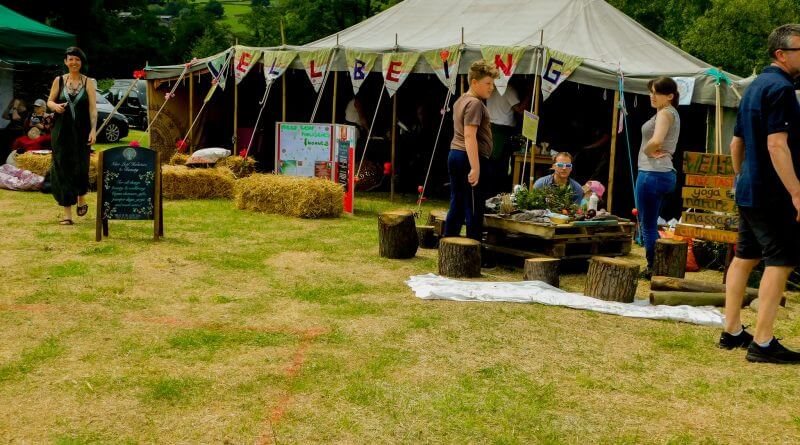 Thousands gathered over the weekend for the Belper Goes Green Community, Eco and Arts Festival at the Rugby Club.

The festival was opened on Saturday, some time after it had actually started, by Belper’s new mayor Simon Mallett, who thanked Belper Goes Green organisers Transition Belper for their work to create a sustainable Belper and to reduce carbon emissions, long before a Climate Emergency was declared.

The site was decorated with many of the knitted and crocheted creations that adorned Belper Woollen Woods this year.  The Ocean Stage was decorated with the sea themed creations of the Blue Box Community Centre.  The centrepiece of the Earth Stage was Lynne Henley’s incredible beehive, with bees flying across the marquee from multiple directions on invisible wires.  Handpainted signs, homemade bunting and temporary natural displays adorned different areas and stages.

Young children almost had their own festival with the vast enclosure provided by The Toy Library.  The creator of the Toy Library, Ann-Marie McMillan, and her team supervised hundreds of children in a children’s festival marquee full of activities, and in a huge outdoor area full of toys, which were available to rent and take home at the end of the festival.

For animal lovers there was the opportunity to learn to handle chickens, and to test dog training.  They were minorly bothered by an animal rights activist, who claimed the animals were not being given water.  We checked on these claims and found them to be untrue.

There were a huge number of bands and singers across the many stages.  The greatest moment of the festival was Maggie Braley’s Earth Songs, which saw a flash protest occur.

Saturday saw 3000 visitors in glorious weather.  The CAMRA bar ran out of beer again.  Sunday saw furious rain for about an hour, but the number of visitors, although slightly less than Saturday, were not deterred or diminished.  Whether calmly ignoring the weather, sheltering in tents, or making an impromptu rain cover, the festival goers carried on. 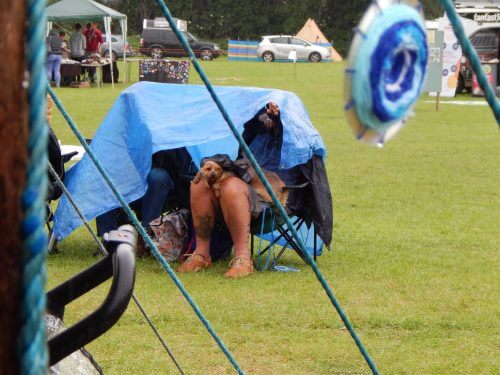 Trying to save the world and help its citizens, there were many ecological and humanitarian organisations in attendance, as well as anti-plastic and anti-Brexit campaigns.  The Labour Party and Unite (trade union) were also in attendance.  Extinction Rebellion offered to help locals set up their own hyperlocal branch, a process which was set in motion during the festival.

The festival saw opportunities to try traditional crafts.  The Gardening Club provided a homegrown organic plant store, and there were workshops to try your hand at fermenting vegetables and learn about health and natural responsibility.

The police turned up on Saturday for a friendly walkaround, and found themselves drawn by the sparkle of the Health and Wellbeing tent’s biodegradable glitter. 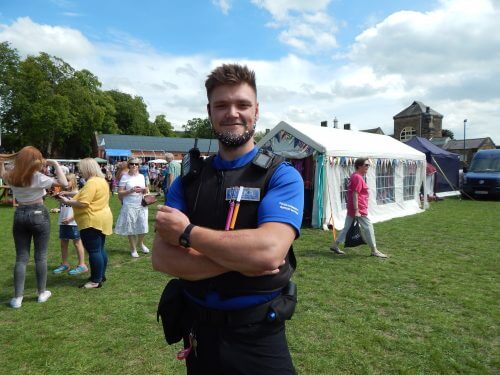 The Health and Wellbeing area also provided classes for yoga and Tai Chi in the Medicine Wheel, as well as plenty of natural workshops, which were packed to the edges of the tent.  The Land came in to the Medicine Wheel to perform Tslogi, a Cherokee dance and Sundance song with powow drum.

The whole festival was run on solar power, with all carbon creation being banned from the site, including campfires. 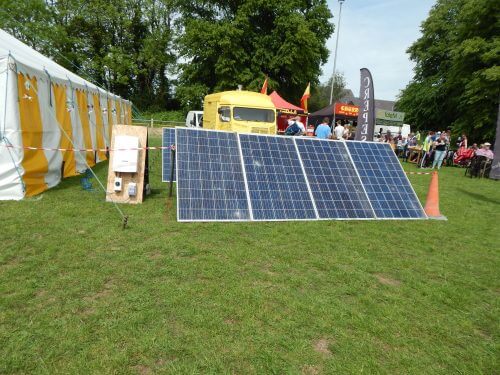 The Fix It Repair Cafe launched at the festival, doing 30 minute fixes on everything from clothes, to headphones, to bikes.  This service will continue at Transition Belper Cafe events at No. 28.  You can find their Facebook page, where you will be notified of the next cafe HERE.

Talks helped people to learn about unknown subjects.  An old Merry Go Round took children back to older times.  There were many hand made, and ecologically sustainable products to buy.  And the amazing choice of vegetarian and vegan food was an emotional experience, as it is almost unheard of for veg based eaters to be able to choose from a broad variety of interesting and different options.

Unlike many festivals, the festival ground was cleared of minimal litter, and partly deconstructed within 2 hours of the festival’s end, with credit due to good organisation, excellent recycling provision, a ban on single use packaging and plastic drink containers, and responsible residents.  And there was only one missing child.  Transition Belper does have some lost property to be collected, please check the photos on the Facebook page to claim your lost item.

A new layout refreshed the feeling of the festival, and provided multiple areas to congregate, sit, eat, and listen to music.

A fantastic weekend was had by all.  Belper Goes Green depends entirely on willing volunteers.  Whether there is a festival next year depends on there being enough willing hands to set it all up and run it.  If you would like to help create a 2020 festival, please contact Transition Belper.

One thought on “Belper Goes Green in Pictures”