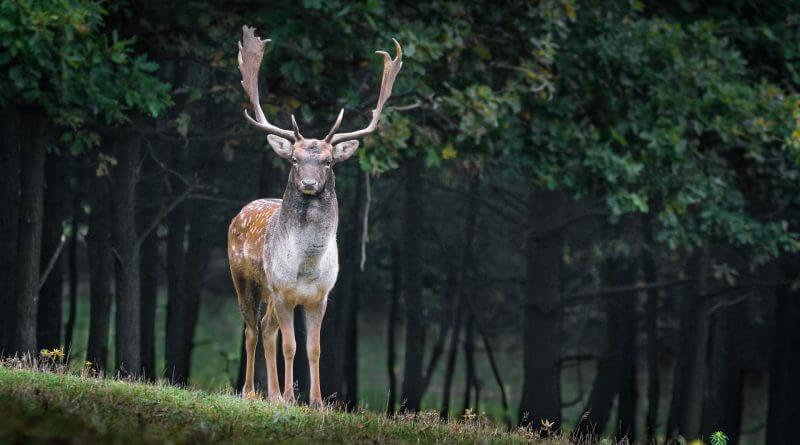 Deer have recently been spotted in several locations in Belper.  Derbyshire Constabulary tells us that at this time of year, deer collisions peak as many of the animals cross roads to seek new territories. The highest risk of collisions is between sunset and midnight, and the hours shortly before and after sunrise.

Ashley Knott, Derbyshire police’s Traffic Management officer, explains:
“Wild animals have no road sense. Signs to warn drivers are placed at locations where the animals are known to be active and are likely to cross. Our advice is to slow down and anticipate the risk. This will give you more time to react should deer be on or alongside the road.”

Motorists are asked to be alert wherever they are travelling across Derbyshire’s road network, not just on rural roads. In recent years, incidents involving deer and other livestock have been reported on major routes too.

Highways England has teamed up with The Deer Initiative to give the following advice to drivers, involved in a collision with a deer:

If you hit a deer when driving, your priorities in this order are:

Usually it is best not to approach live deer. Doing so may cause them to run across traffic causing another accident.

If you see an injured deer on the roadside:

Ashley Knott continues:
“There are several things drivers can do to reduce the risk when travelling around dawn or dusk. If your headlights are on, use full-beams when you can, but dip them if you see deer as they may ‘freeze’ on the spot instead of leaving the road. Also, if you see a deer, look out for others. They generally roam in herds and follow each other quite closely.”For more information and safety advice, visit www.deeraware.com